No, the photos above and below are not more examples of unpleasant sink holes opening up across the country. Instead, they're the work of Brooklyn-based artist Clement Valla, who searches though the algorithmic confines of Google Earth in search of ruptures of the archive's 'universal texture'. No, we're not sure what that means either, but it's apparently  the mapping method by which google generates models of the world's surfaces.  When the viewpoint is in just the right position, the program shows warped linear figures such as roads and bridges in its efforts to convert and 'fit' 3D space to a 2D screen. The images form part of Valla's series Postcards From Google Earth, which he's put together over the last two years. 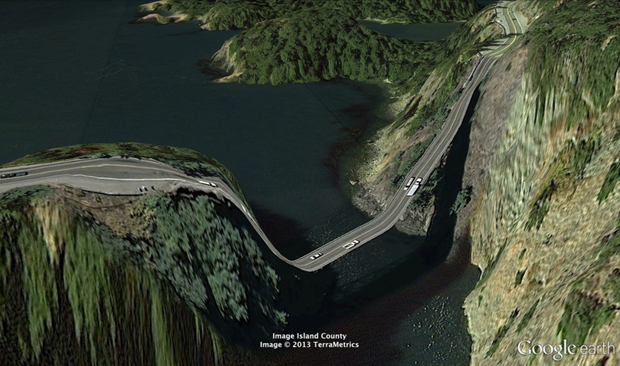 Valla explains the process thus:  "The images are screenshots from Google Earth with basic colour adjustments and cropping. I am collecting these new typologies as a means of conservation. As Google Earth improves its 3D models, its terrain, and its satellite imagery, these strange, surrealist depictions of our built environment and its relation to the natural landscape will disappear in favour of better illusionistic imagery. However, I think these strange mappings of the 2-dimensional and the 3-dimensional provide us with fabulous forms that are purely the result of algorithmic processes and not of human aesthetic decision making." 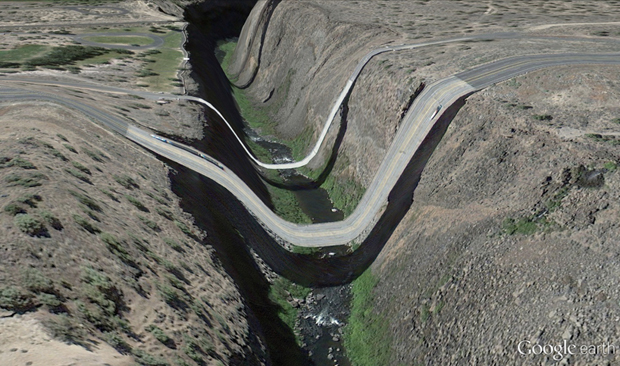 Apparently the three dimensional model is characterised by a  fluidity generated by two dimensional parameters. when texture coincides with picture plane and is subsequently stretched across 3d space,  there are often seams at which the hyper-real representation betrays the dynamic data points that make up the map. Still with us at the back? Good. Valla collects together these  incongruous seams and exposes the points where perception confronts reality. Valla feels "they are artifacts worth preserving." Do you agree? 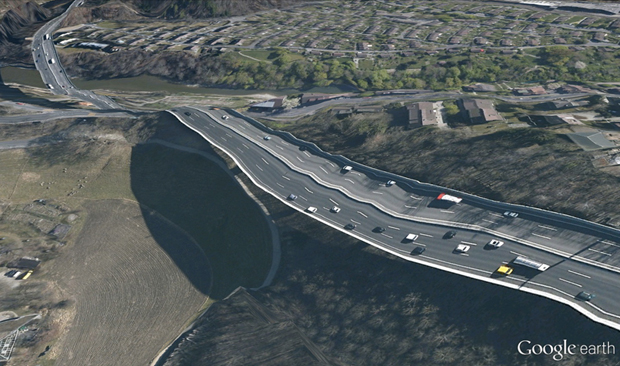