A Movement in a Moment: Surrealism

How sex, war and psychology gave rise to one of art's longest-lived and most influential movements

A century ago, in 1916, André Breton, then a 20-year-old medical student in France, began to study the workings of the mind, as described by the pioneering neurologist Jean-Martin Charcot. Charcot was famed for his work on hypnosis and hysteria, and these lessons helped Breton treat shell-shocked servicemen retrning from World War I’s front line.

However, the investigation of hidden, mental agencies, coupled with his more testing experiences within the military wards, also shaped Breton’s greater work: the foundation of Surrealism.

“It was through the soldiers' accounts of their delirious and compulsively repeated morbid visions that Breton first initiated the ideas that would form a psychic basis for Surrealism,” writes the art historian and literary critic Mary Ann Caws in our Surrealism survey. 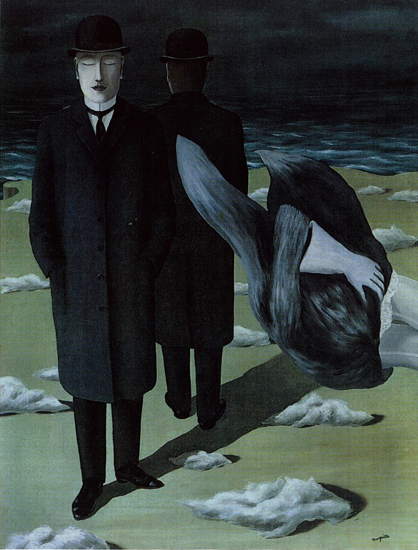 Rather than trying to add a dreamy gloss to art making, surrealisme – which might be directly translated as 'over-realism' or 'above-realism' – was an attempt to express human thought as directly as possible.

One early historian of the movement, Maurice Nadeau, saw Surrealism’s aim as “to rediscover life under the thick carapace of centuries of culture – pure life, naked, raw, lacerated.”

Breton defined Surrealism in his October 1924 manifesto, as “Psychic automatism in its pure state, by which one proposes to express – verbally, by the means of the written word, or any other manner – the actual functioning of thought. Dictated by thought, in the absence of any control exercised by reason, exempt from any aesthetic or moral concern.” 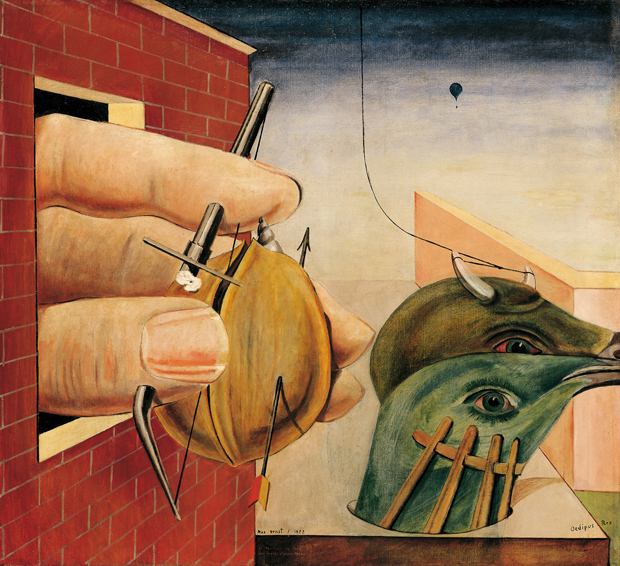 In this sense, Surrealism was no different from earlier and later movements, from the Italian Renaissance to Punk Rock. However, Surrealism’s success lies in the tools at hand to scrape off that crust: psychology, sex, a poetic sense of chance and the tools and travails of the machine age.

Breton’s term was actually coined by the French poet and war veteran Guillaume Apollinaire in 1917, though Apollinaire died in 1918 before he could make good use of it.

Breton, inspired in part by his ward experiences, as well as the upheaval brought by the war, the works of Sigmund Freud, and surrealim's chaotic precursor movement, Dada - formed in Zurich in 1916 - began fomenting his cause in the French capital.

He was lucky, as post-war Paris, unlike wartime Zurich, was the centre of the art world, and drew almost every ambitious young artist alive to the spirit of the age. 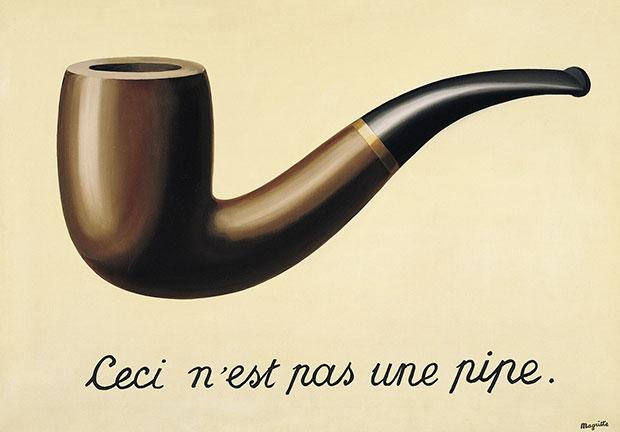 The experimental American photographer and sculptor Man Ray arrived in 1921; the Spanish painter Salvador Dali came in 1922, as did the Swiss sculptor Alberto Giacometti and the German artist Max Ernst; the filmmaker Luis Buñuel came in 1925; and the Belgian artist René Magritte followed in 1927, after his debut solo exhibition had met with poor reviews in Belgium.

Not all of these artists were immediately admitted to Breton’s official Surrealist circle; Dali was officially expelled from Breton’s group of Surrealists for, among other things, not overtly condemning fascism.

However, all of them drew on the movement’s chief aims of direct expression of human desires. Many delighted in the pseudo-scientific exercises, such as automatic writing and drawing, as well as sleep séances, as a means to unleash the unconscious.

Both artists and audiences were drawn to the movement’s great sexual content, giving nude, near-erotic paintings and sculptures, a newfound validity. There was also an open-minded humour and immediacy to much of the works produced, which could be appreciated by anyone familiar with 20th century consumer goods.

“I do not understand why, when I ask for a grilled lobster in a restaurant, I am never served a cooked telephone,” said Dali, in a typically surrealist manner, when discussing his 1935 work Lobster Telephone. “I do not understand why champagne is always chilled and why on the other hand telephones, which are habitually so frightfully warm and disagreeably sticky to the touch, are not also put in silver buckets with crushed ice around them.” 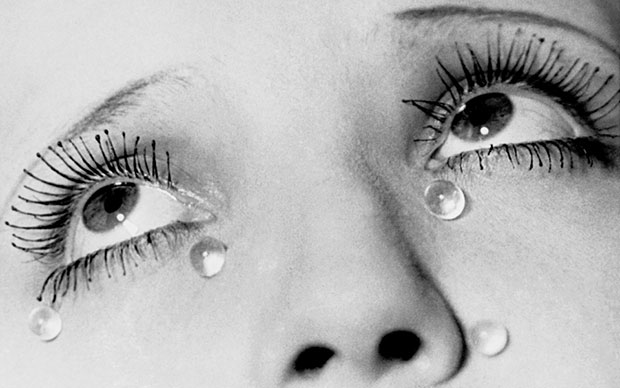 This all helped Surrealism spread across the world, and remain a vital force within, long after similar movements waned. There were many other pamphleteers and campaigning artists working the interwar period, but Surrealism remains with us, partly because of its great ambition and wide engagement.

“Just as before them the Futurists, Vorticists and Dadaists had loudly proclaimed their ideals and presence, so the Surrealists converged noisily in the aftermath of the First World War with their tracts and manifestos, but with a significantly different energy and purpose,” writes Mary Ann Caws. “Their concerns were serious, and their commitment to a dialogue with the other entailed actual political engagements, such as their attacks on French colonialism and nationalism, their serious thinking about the reconciliation of orthodox Marxism with avant-garde experimentation, their anti-fascist campaigns and their later anti-Stalinist efforts.”

However, Surrealism stays with us because, long after those causes have passed and its founders have passed away, that initial recipe, cooked up by Breton and his fellow travellers just under a century ago, remains as effective today as ever.

From Cindy Sherman to Paul McCarthy, Anri Sala to Sarah Sze, in contemporary art “we can still experience an atmosphere of excitement, paradox, genuine trouble, partial resolution and, above all, openness to chance,” Ann Caws concludes. “What emerges from such contemporary convergences of the uncanny, the unexpected and the impassioned might just be that transformed state of consciousness in which Surrealism continues to exist.”

For more on Surrealism check out Ann Caws' authoritative survey, which reproduces many of the key works and texts. And if you want a double hit of art movements, take a look at Dada and Surrealism.