BIG and OMA make Lego on the High Line

Since 2008, Lego has been paying tribute to some of the world’s greatest architects and their buildings, via its Lego Architecture series of models. This month, the architectural community is returning the complement at New York’s High Line. A handful of prestigious firms have built visionary new models for a new exhibition, though you’ll have to get down there soon to see them.

The Collectivity Project is the work of the artist Danish-Icelandic artist Olafur Eliasson, who first staged it in Albania in 2005. In this initial iteration, Eliasson simply arranged for three tons of white Lego bricks to be delivered to a public square in the capital, Tirana, and invited citizens to build their vision of a future city. 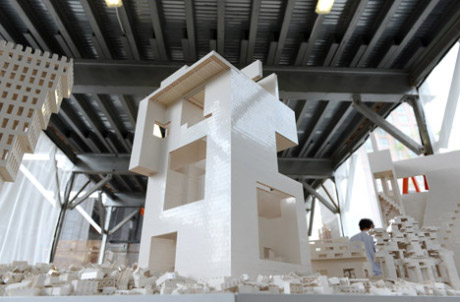 The New York version of the project – which is being overseen by the High Line curator Cecilia Alemani  – is a little different, as the High Line has invited a selection of architectural firms involved in current or ongoing projects in their surrounding neighbourhoods to contribute models. BIG–Bjarke Ingles Group, Diller Scofidio + Renfro, James Corner Field Operations, OMA New York, Renzo Piano Building Workshop, and Steven Holl Architects have all made a piece each for the show.

Holl contributed a medium-sized, boxy looking structure; BIG made a pinnacle-style skyscraper; OMA made a top-heavy looking tower block, while James Corner, the landscaping firm that helped oversee the construction of the High Line itself, contributed a Lego baobab tree. 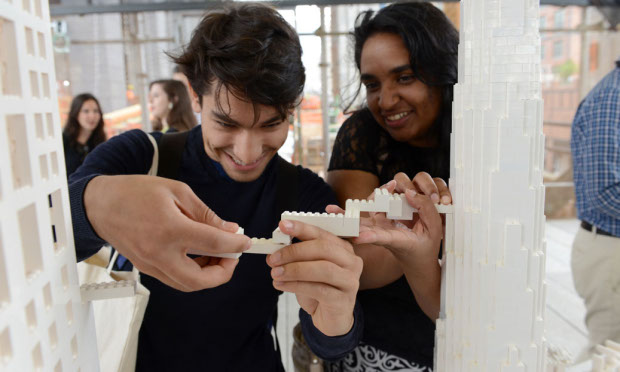 The show opened a few days ago at the High Line at West 30th Street, and will run until 30 September. However, architecture fans had better get down there soon, as Eliasson and Alemani have invited visitors to alter the big-name architect’s creations, in order to build their own version of a forthcoming urban landscape.

“Part utopian vision of our future, part commentary on the recent developments in our cities,” says Alemani, “the project will generate a space for conversation and exchange among our communities.” 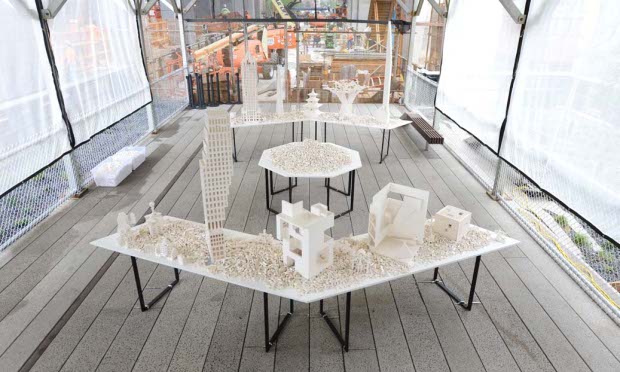