Legendary architect Richard Meier gave budding architecture students a rare glimpse into his private world this week when he brought along a bunch of rarely seen collages to a lecture at his old University, Cornel in Ithaca NY on Wednesday.

"It's a pleasure for me to share these collages with you, I usually don't!" Meier told a group of 100 students. "It's a private thing that I do. My architecture is public. This is private."

Meier has been creating collages, often in the dead of night, for some years. Unlike his architectural drawings they are non-representational. However, like those drawings, they record process. "Works in various stages of evolution are left in notebooks and on the shelves of my studio left for months or even years to await their own period of development," the architect as said. "They are for me an adjunct and a passion related to my life as an architect." 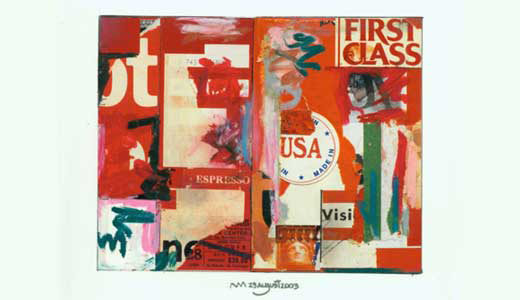 Students from a graduate studio class apparently repeatedly asked Meier about his use the colour in the collages which contrasts strongly with his almost universally monochrome take on architecture.  "Architecture is all about light. The whiteness reflects and refracts the light," he told them. "Look outside at the beautiful autumn trees. There's nothing architecture could do as beautiful as that."

When it comes to the Pritzker prize winning architect's work we kind of beg to differ. But judge the Meier versus nature beauty stakes for yourself by taking a look inside our Richard Meier monograph. 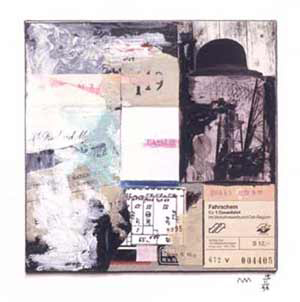