Why is Arthur Bispo do Rosário so revered right now?

Brazilian artist Arthur Bispo do Rosário was compared to Andy Warhol for the way he recycled everyday objects, never sold a work during his liftetime and died in 1989 - why the sudden fascination ?

The thin line between genius and madness was one that the great Brazilian artist Arthur Bispo do Rosário spent much of his life balancing. He never sold a piece of work and lived 50 years of his life in an asylum in Rio de Janeiro before dying in 1989. It was only towards the end of his life that anybody really noticed: in 1982 a documentary was made and some of his work included in an exhibition at Rio’s MAM museum. 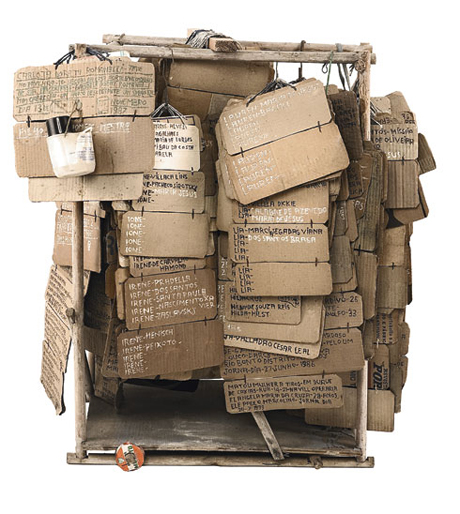 But in recent years his vast and original body of work has been increasingly praised and reappraised and he now has a significant space dedicated to his sculptures and creations at São Paulo’s Bienal. São Paulo painter/graffiti art duo Os Gêmeos (the Twins) are admirers. In 1995 his work was shown at the Venice Bienal and last month at London’s Victoria & Albert Museum. Rosário, suddenly, is in vogue.

Born in 1909 in Sergipe in Brazil’s poor, arid North East, Bispo – as he is known – was a sailor and a boxer before, as the apocryphal story has it, he entered a Rio monastery at 29 while conducting an imaginary army of angels and announced he had come to judge the living and the dead. He was promptly sectioned and spent most of the rest of his life in the Colônia Juliano Moreira mental hospital in Rio. 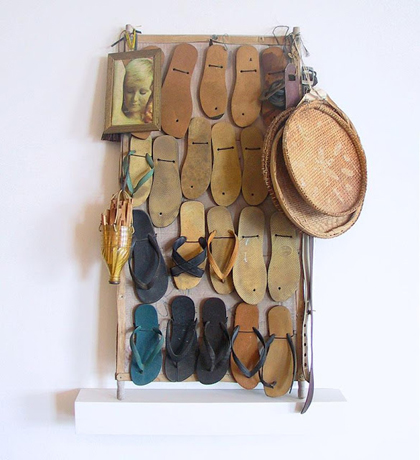 He never sold anything, just occasionally gave pieces to a nurse, and, wrote his biographer Luciana Hidalgo, “wandered in a delicate region between reality and delirium”. But he produced some thousand art works – some of which are on display at the Bienal. These sculpture and collages of found objects – some hanging, some free-standing – are covered in words, objects, bits of rubbish, anything from old household rubbish to words.

Bispo has been compared to Andy Warhol for the way he recycled everyday objects. In a sense, their lives could not have been more different: Warhol the New York artist and socialite; Bispo a penniless, black Brazilian confined to primitive asylum. But both were outsiders, with a striking graphic sense, so perhaps the comparison is not too outlandish. Bispo loved words and painted them on bits of wood and cloth which he then arranged into artworks. Some are almost graffiti. 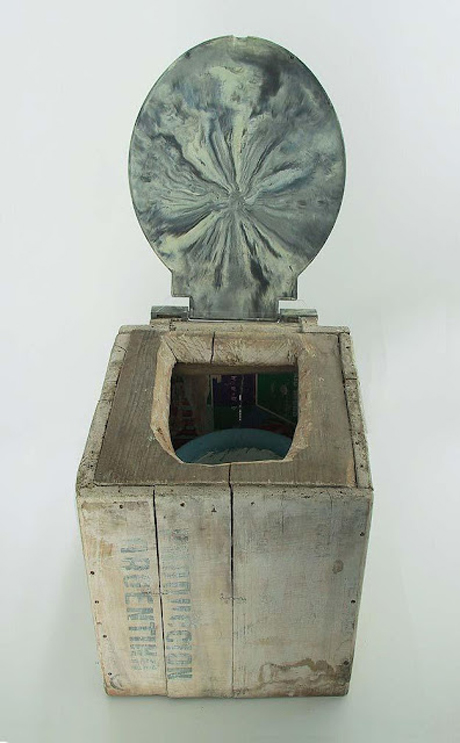 One refers to the Second World War. Another satires Brazilian politics. Boats figure heavily. So does tapestry and rope. The juxtaposition of words and objects is bizarre, but makes a strange kind of sense. “Mental illnesses are like hummingbirds: they never land, stay two meters off the ground,” said Bispo. Much of his work hangs both literally and metaphorically in the air too, asking questions that are both visual and existential, burning in the viewer's mind long after the exhibition is left behind.

You may be interested to know that we have a wonderfully illuminating book on outsider art. It's called Raw Creation and was written by John Maizels who has dedicated his life to shining a light on this often over-looked genre Take a look at it in the store, we think you'll be surprised, and take a look at Maizels' magazine and website Raw Vision.