David Bowie's Sottsass collection is up for sale

The Italian designer Ettore Sottsass possessed a deep appreciation of modernism, as well as a healthy scepticism for its dictats. Form needn’t necessarily follow function, less isn’t always more, and if you remove all ornament you do take a little fun out of life.

In this sense, he shared some of David Bowie’s world view; a musician who appreciated the krautrock of Neu! and the minimalism of Steve Reich, but was not afraid to throw in a little bit of kabuki, folk and Little Richard here and there.

So, it shouldn’t come as a huge surprise to discover that the British recording artist admired and owned a quite a few items by Sottsass and his fellow Memphis Group designers. Bowie wore a Sottsass tie to the 2003 Tribeca Film Festival, and was granted a private tour of the Victoria & Albert Museum’s 2011 exhibition, Postmodernism: Style and Subversion, 1975–1990. 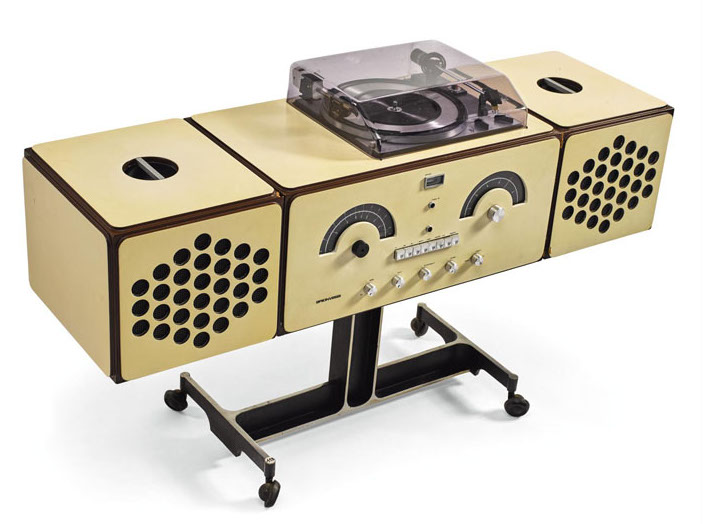 Sotheby’s auction house, having been assigned to oversee the sale of Bowie’s fine-art and design collection, has just revealed that is is to devote an entire sale to his collection of post-modern items by Sottsass and co. The third part of their Bowie/Collector sales, entitled Post-Modernist Design: Ettore Sottsass and the Memphis Group, will take place on 11 November in London. The full catalogue hasn't been revealed, though the sale includes work by other designers, such as Achille Castiglioni. However, Ettore's work remains central.

“Bowie was a voracious collector of the works of eccentric Italian designer Ettore Sottsass and the Milan-based Memphis group,” explains the auction house. “The final session of the sale series will comprise pieces such as the iconic Post-Modernist 'Casablanca' Sideboard, from the first Memphis collection of 1981, and the unconventional record player, the RR 126 Radiophonograph, designed in 1965 by the brothers Pier Giacomo and Achille Castiglioni for Brionvega, both of which are definitive pieces of cutting edge Italian design fitting for the most innovative and daring musician of his generation.”

Prime Sottsass pieces are already commanding high figures at auction, though the added attraction of them once being owned by the man who defined music and culture for an entire generation is a considerable draw in itself. Expect Etorre auction records to be set this autumn.

For more on this important designer take a look at our Ettore Sottsass books, including this colourful reading of his life by the Design Museum's Deyan Sudjic, and this comprehensive and beautifully presented visual overview.