Looking back at the future of architecture

Every now and again we come across a review or a collection of thoughts about one of our books that makes us happy that the hard work we put into them has been noticed and appreciated. We had one of these moments when architectural historian Hans Ibelings, the co-founder and former editor of A10 New European Architecture magazine, sent phaidon.com a few of his impressions on our new book by Jean-Louis Cohen, The Future Of Architecture. Since 1889.

"The writing of history is in many respects a process of petrifaction of the past, followed by a continuous erosion," Ibelings wrote. "The stones of history are not likely to disappear anymore, and do not even move. Over time,  those dormant rocks gradually lose their irregularities. The erosion smoothens all sharp edges until there is hardly any grip for any alternative reading to catch on. The value of Jean-Louis Cohen's book is that it successfully attempts to stop this erosion, by offering a wealth of clues for different readings, both on and off the beaten tracks. Cohen deals with the familiar buildings and protagonists as well as with many lesser known projects and personalities that are usually not included in general histories. The inclusiveness of the book is obvious in Cohen's attention for architects who are normally treated cursory, if at all, such as Morris Lapidus, Ödön Lechner and Modesto López Otero (to name just three architects whose last names start with an L!). 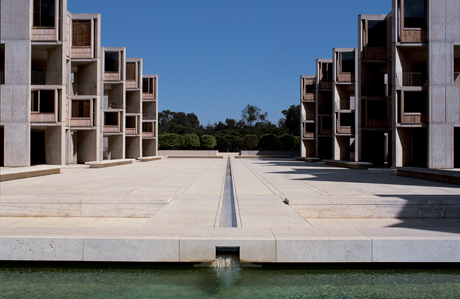 The geographical scope is broader as well. The emphasis remains European, and Western but there is more South America than in most other overviews, much more North Africa and China, which are normally absent, and the book has also more attention for Central Europe than just Russian constructivism and Czech functionalism. It consists of a more or less chronological sequence of thematic chapters with different geographical limits, sometimes as small as a city (Paris) or a country (such as Italy or the US), sometimes  meandering into many different directions.

For students of architecture and history the book offers a rich, and dense, introduction to the highlights of modern architecture; for insiders and experts this familiar part of the story forms a backdrop for the book's biggest contribution to the historiography of twentieth-century architecture, an expansion of architectural history's perspective. 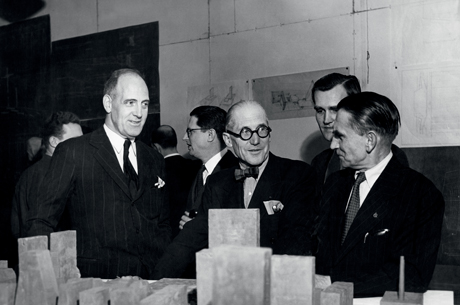 It begins in the year the Eiffel tower was completed, a well-established turning point in architectural history, and fades away around the year 2000, followed by a reflection on the present state of architecture, architectural criticism and society in a chapter which is appropriately called Vanishing points. This final chapter gives a remarkably pessimistic explanation of the title of the book, concluding that 'what still deserves to be called “architecture” would seem to amount to little more than a handful of diamonds amid the rubble of the planet. From this perspective, the socially engaged experiences of the twentieth century may prove to have been just a brief interlude in history's ongoing drama.' In other words, according to Jean-Louis Cohen, architecture has lost the future it once had.

If you like this article why not share it or comment on it? We'd love to hear from you. Click the following link if you'd like to see Jean-Louis Cohen and Hans Ibelings live in conversation with Adrian Forty at the Berlage Institute, Rotterdam, the Netherlands, on April 17. If you can't make that, buy the book here.