What is metalpoint? And why are two NYC galleries showing great new drawings using this old method?

Albrecht Dürer, Jan van Eyck and Raphael all used metalpoint in their work, either as a preparatory technique or a means to create finished works. Leonardo da Vinci’s Vitruvian Man is partly composed from metalpoint lines and Dürer's self-portrait at the age of 13 using the process is considered one of his early masterpieces. But what exactly is metalpoint, we hear you ask.

Well, metalpoint is a medieval drawing technique, wherein the artist marks out a picture on sheets prepared with Gesso or primer, using a soft metal stylus, usually made from lead, silver or tin. The softness of the metals makes them effective drawing tools, apparently.

The practice remained popular until the 16th century, when the availability of graphite pencils brought about a decline in metalpoint. Nevertheless, a number of artists, including Rembrandt, many of the Pre-Raphaelites and Modernists such as Otto Dix and Jasper Johns continued to favour the technique, which is remarkably long lasting, precise and produces a pleasant, warm colour as the metal in the stylus strokes oxidizes. 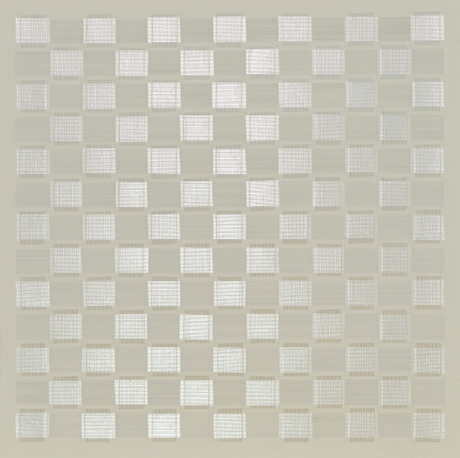 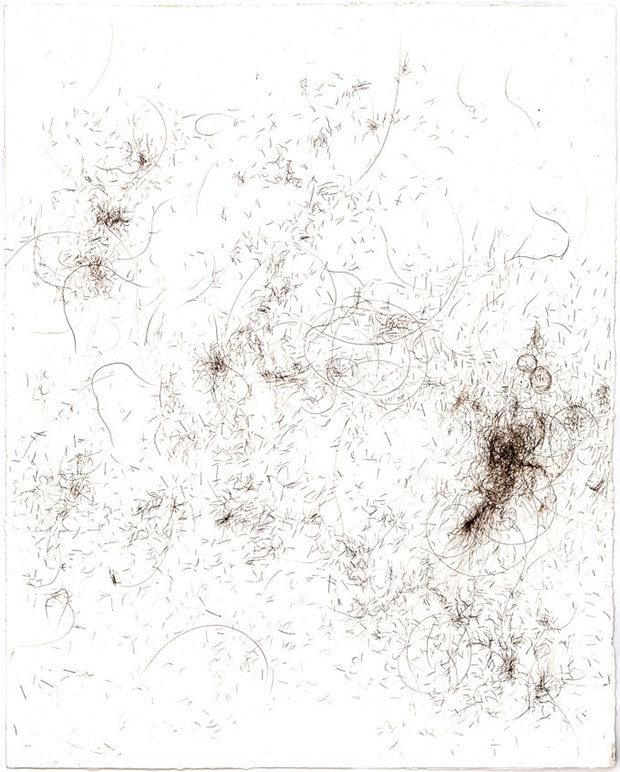 Both exhibitions prove how well the technique suits latter-day subjects. Hoferer builds up her abstract, Anges Martin-style pictures using a silver stylus and bands of tape on paper; Schwalb has been interested in the technique for some time, employing a wide range of metals, including silver, gold, brass, aluminium and pewter on paper to develop her geological-looking pictures; Nichols creates blurry portraits using a silver stylus on paper and ceramic tiles; Kukla, meanwhile, draws detailed, cellular patterns with a silver stylus on clay-coated paper.

In terms of subject matter, the images are as varied as any drawing survey, while the technique gives the pictures a timeless appeal, not unlike the charm some contempoary photographers find in tintype or daguerreotype photographs.

"Juxtaposing a wide variety of metals (silver, gold, brass, copper, platinum, pewter, bronze and aluminium) I obtain soft shifts in tone and color reminiscent of the luminous transparency of watercolor," Schwalb says. "Horizontal lines and tone evoke an atmosphere of serenity, and the shimmer of light on the surface, created by the metals, is quite unlike any of the usual effects of metalpoint. I've  been working within a square format almost exclusively since 1997. An even grid of narrow horizontal lines forms the basic structure of my drawings and paintings. But unlike the work of Agnes Martin, this geometric regularity serves as a spatial context for irregular events on the surface. The works seem to vibrate as the eye moves around the painting!" 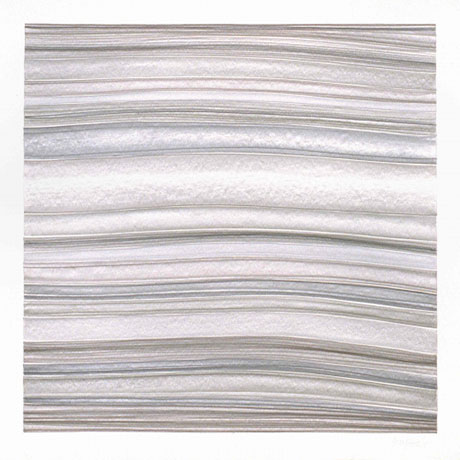 For more on Metalpoint Now!, which is on until 11 July, go here; for more on Musing Metallic, which also runs until 11 July go here; for greater insight into the technique’s history, try to take in Drawing in Silver and Gold: Leonardo to Jasper Johns, a metalpoint survey on at the National Gallery in Washington until July 26, which travels to the British Museum in London September 10 - December 6; meanwhile, for greater insight into contemporary drawing buy a copy of Vitamin  D here.