Some of the best images in the New Museum show are made up of tiny figures. Here's why the artist created them

The 80-year-old weaver-turned artist Thomas Bayrle no longer works with looms, yet his old job informs his new one.

“I look at fabric for its threads,” Bayrle is quoted as saying in our new book, Thomas Bayrle Playtime, which accompanies his current show at the New Museum, “threads that crisscross and intersect constitute the fabric or material as a whole. Within this context, the thread stands for the individual.”

Look closely at a few of the best Bayrle works in the New Museum show, and you’ll see those individuals standing out, as little people form a greater picture. In these colourful arrangements, little people build up into a greater image, or “superform” as the artist calls it. 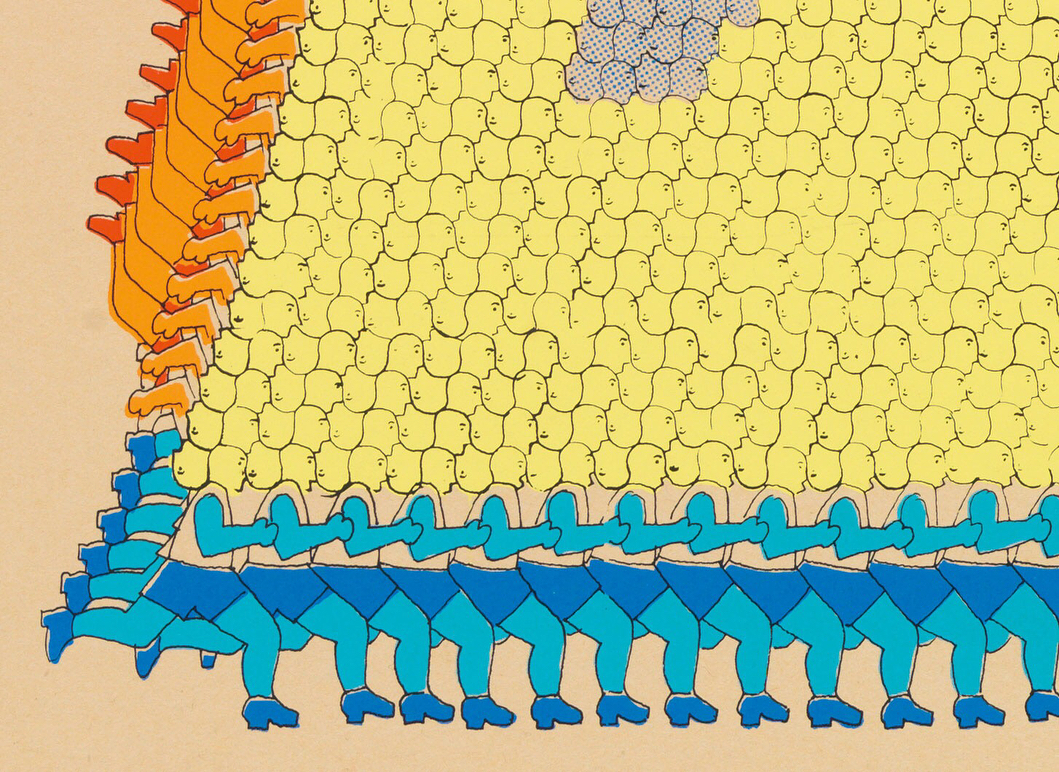 Detail from Running in Circles (1970) by Thomas Baryle

In these pictures, the individual person, “is overtaken,” writes the critic Alex Kitnick in our new book, “as people are brought together by something bigger than themselves (TV, labour, a brand name), often forming another icon – a strong, clear image – as a result.”

Sometimes that bigger image is a little bit critical, as in the artist’s 1968 work ML (Marxist Leninist Cowboys), in which a few hundred identical lassoing cowpokes are arranged into the initials of these two Communist figureheads. 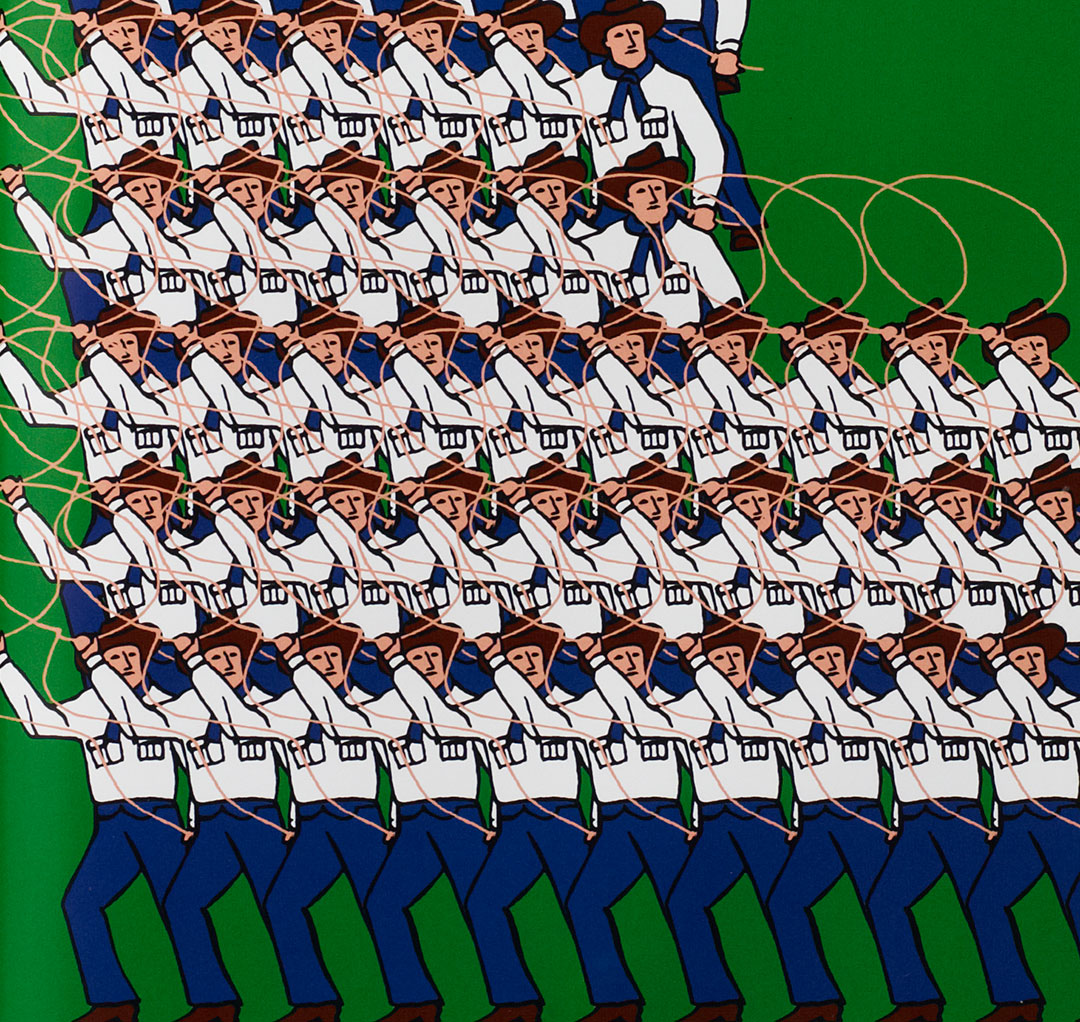 Yet at others, these people paintings in the new exhibition just seem to pull back from the traditional artistic focus – the individual portrait – to show us all as we truly are. “His practice shows the world as constantly under construction, in a perpetual state of formation, while objectifying it into something hard and regimented at the same time,” writes Kitnick. “It is both full of content – men, women, planes pears, umbrellas – and yet uncomfortably hollow and purposefully mind-numbing.” 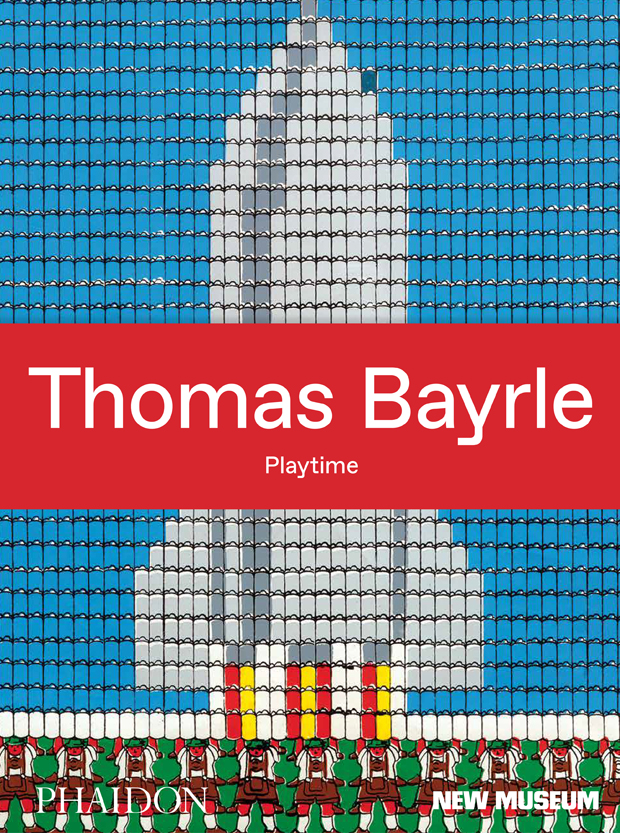 To see more of this remarkable practice, order a copy of Bayrle's new catalogue, which accompanies his current New Museum Show, Playtime.