Will Renzo Piano get another Shard off the ground?

The debate around the peppering of London’s skyline with skyscrapers is about to get more heated. Renzo Piano has announced plans for a £1bn, 65-floor, mixed-use tower in Paddington. This is the second major outing in the capital for the Italian starchitect and the developer Sellar Property Group - both were part of the dream team behind the 73-floor Shard at London Bridge.

Both parties see similarities between the two areas with Sellar's chairman Irvine Sellar highlighting the new site's "Proximity to a major transport hub with tube, railway lines and bus routes, a neighbouring leading teaching hospital and the potential to provide much needed quality public realm." Indeed, the plans take in much of what was originally promised by the regeneration of Paddington Basin, behind St Mary’s Hospital, but that has not been fully realised.

This is where Rogers Stirk Harbour + Partners’ HQ for M&S lurks, along with a few engaging pedestrian bridges over the Grand Union Canal by a young Thomas Heatherwick and, more recently, others created by Knight Architects. 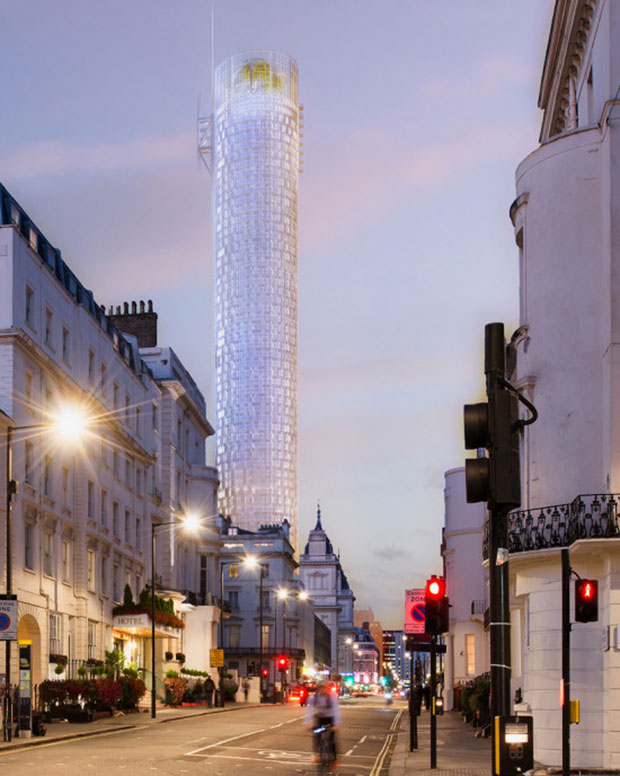 Rather than a large shard of glass, Piano this time proposes a cylinder with an uneven glazed façade. It would stand on the site of an atmospheric former Royal Mail sorting office near Paddington Station (taken over by the immersive theatre group Punch Drunk for a recent run of performances), and would offer 4,000sq m of new public space.

If planning is approved, Sellar hopes to see the 224 metre tall tower’s offices, shops, restaurants, cafes, roof garden, hotel and 200 apartments completed by 2020. It is unclear if the scheme will have any affordable housing, instead those apartments are likely to command eye-watering price tags. This could upset pressure groups and some architects, as could the proposed building's height. Where once Londoners were in awe of new sky-scrapers, many are becoming more and more vocal about the skyline’s pace of change. In contrast, the Shard won its approval in a far more benign climate.  Check out our Renzo Piano books in the store here. 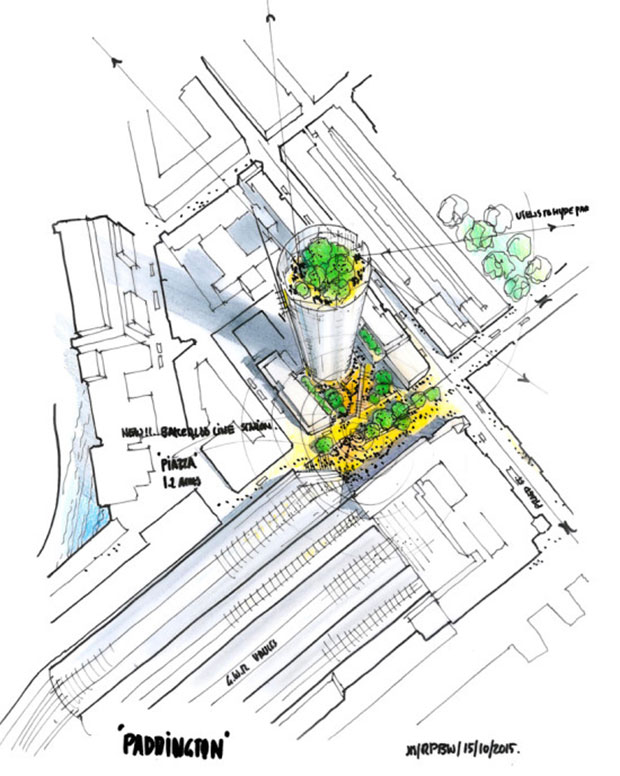