Designers are used to getting demanding briefs from their clients. Usually this revolves around the item in question being made cheaper, more environmentally-friendly and quicker to manufacturer. Rarely does a client require a design to help with keeping students at college. But that was the brief for Phaidon's favourite designers, Ronan and Erwan Bourroullec.

In colleges all over Europe, the drop-out rate of students leaving before they graduate is higher than staff – and probably the students’ parents - would want. Educational establishments are tackling this in all sorts of ways, the University of Copenhagen has turned to chairs to help. 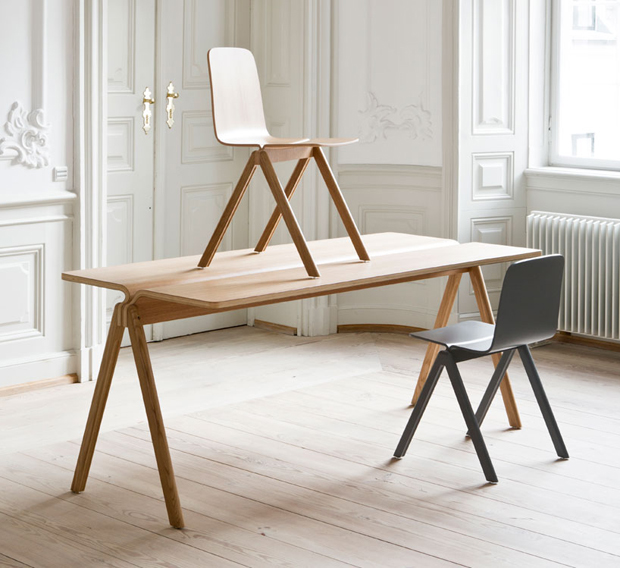 Its Faculty of Humanities is one of the oldest universities in Northern Europe, and was one of the original four faculties to make up The University of Copenhagen when it was established in 1479. It’s being remodelled for the spring term, so what better time to look at its seating, and to get the Bouroullecs, no strangers to hard work and inspiration, to do the job.

As Ronan says, “It's quite an interesting situation historically. Since the last century, whenever they build a school or university in Denmark, they have asked a designer to design the chairs.”

In an effort to create an environment in which its undergraduates want to remain, the faculty asked the brothers to create a wooden chair which would be perceived as more homely than an institutional-looking plastic one. “The idea was to do a chair which could be maybe more domestic than a contract chair,” Ronan says.

The client was also after a chair that was relatively cheap, strong, ‘sensual’, stackable and quick to develop and produce. To achieve all this, the Bouroullecs came up with a way of creating a shell in two parts. 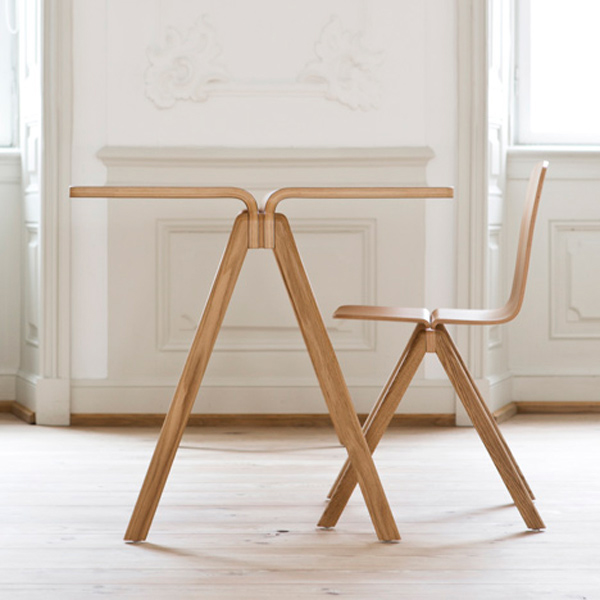 Ronan explains: “This would create a very interesting aesthetic because it will create a bridge, so we do not have to fix the shell on a structure.” That means that the four legs are attached directly to the join under the seat where the shell’s two parts meet.

And as the legs are A-shaped, the chairs can be stacked into high piles. What’s more, the design allowed the price to be kept down to around 150 Euros, which the designers say is only slightly more than a comparable chair in plastic.

The chairs – and some accompanying tables – have been produced in beech and oak, and will populate the faculty’s libraries, classrooms, offices and meeting rooms, meeting the needs - or more specifcally the behinds - of the faculty’s 11,000 students. Non-Copenhagen University students can get their hands on one by contacting the manufacturers, Hay for a stockists list. Take a look inside our recent Bouroullecs book, Works for more inspiration.