To commemorate the centenary of the Magnum founder's birth, the ICP unearths his only radio interview

The brilliant war photographer Robert Capa - who was born 100 years ago this week may have died aged 40, on assignment in Vietnam, yet, his legacy lives on, in the incredible shots he took during his brief professional career.

New York's International Center for Photography is celebrating his centenary in a number of ways. One of the most evocative, comes in the form a radio interview, the only one Capa conducted during his lifetime. It was recorded in 1947, with the husband and wife radio hosts, Jinx Falkenburg and Tex McCrary. 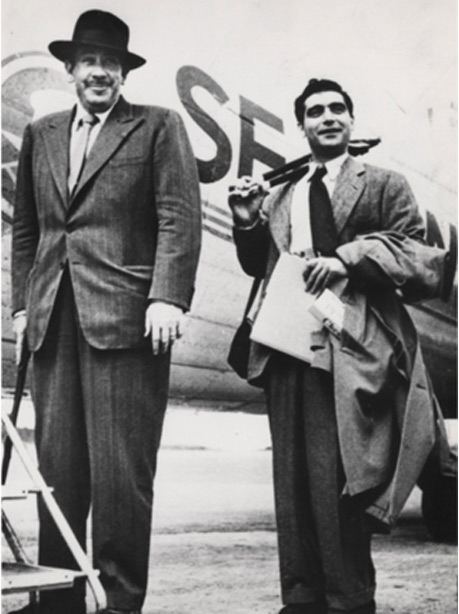 John Steinbeck and Robert Capa boarding a plane for the USSR, 1947.

Capa had just returned from a tour of the newly formed Eastern Bloc with the author John Steinbeck, and, in heavily accented English, the Hungarian-born photographer offers his impressions of life in Soviet Europe. Despite censorship and heavy-handed border guards, Capa says he had very little problem shooting what he wanted in Moscow. When asked to comment on the nature of the newly raised Iron Curtain, he says "I think the main curtain is a pocket iron curtain," he explains, "they're carrying it in their own head." 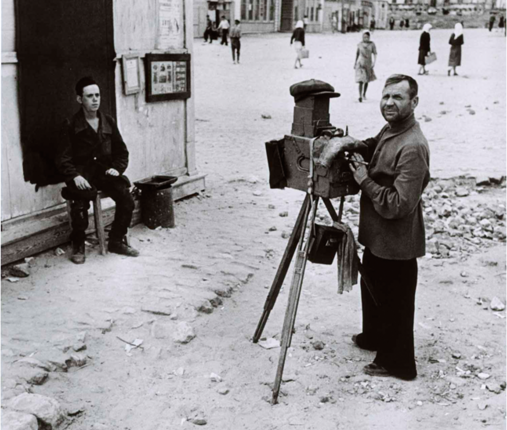 Portrait photographer on the streets of Stalingrad, August 1947, by Robert Capa

He describes shooting his famous 1936 picture, Falling Soldier, taken during the early stages of the Spanish Civil War. Capa describes how, during a prolonged machine-gun assault from Franco's forces, he raised his camera above his head and fired his shutter without looking through the viewfinder. He then sent the image off with a number of other shots, and only learnt of the acclaim his picture received months later. 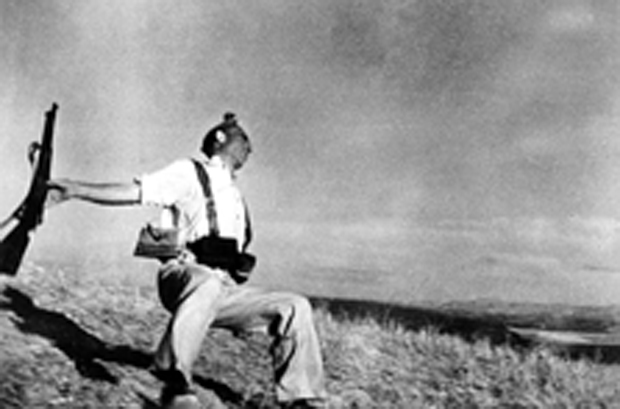 While recent commentators have questioned Capa's own account, and the authenticity of this image, it's refreshing and rather moving to hear the story in his own words.

He does come clean about his name change, from Friedmann Endre to Robert Capa, in 1933, having found it difficult to get work as a freelancer in 1930s Paris. He tells his hosts that he figured Robert Capa sounded American and easy to pronounce. "I pretended he was a famous American photographer, who didn't want to bother with French news editors because they didn't pay enough," Capa admits. His scheme worked; he sold his shots for twice the usual rate, and a legend was born. 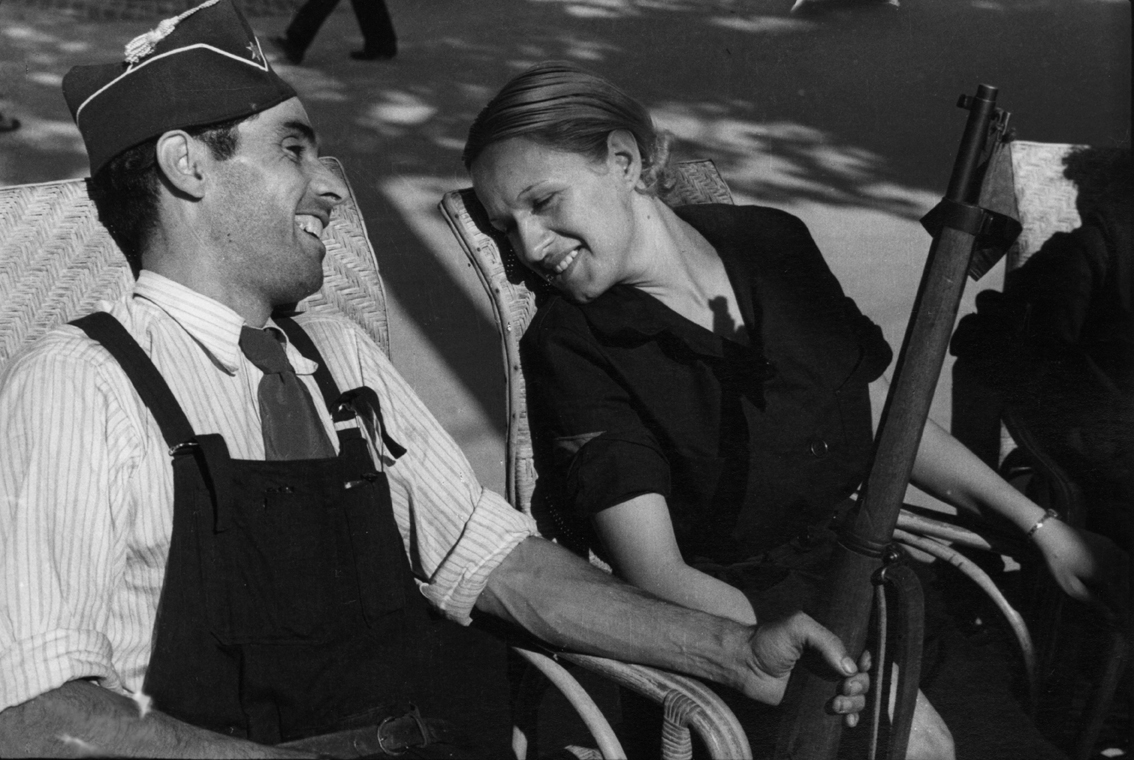 In all, it's a great listen. Hear it here, on the IPC's site, and, if you're keen to find out more, why not buy some Robert Capa and Magnum books from the people who made them.