A flat-pack solution to disaster relief

Lots of big-name architects, from Shigeru Ban to John Pawson, have used their skill and prominence to aid disaster relief. Plenty of lesser-known practitioners have pushed themselves to make cheap, easy-to-construct, and sturdy dwellings that can alleviate sudden housing shortages in remote stricken regions.

But we're particularly taken with Dutchman Pieter Stoutjesdijk's smart-looking solution which takes the form on to a whole new level of design. 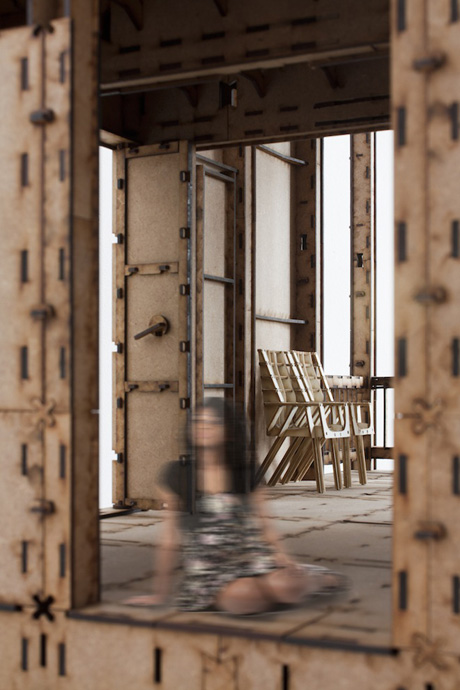 "By opening up design to collaboration in a structured way, we can arm ourselves with the greatest knowledge and creativity available, required to take up the enormous challenges we currently face," says Stoutjesdijk.

Rather like a 3D jigsaw puzzle, Stoutjesdijk's digitally fabricated building is made up of interlocking pieces of reused wood, and can be put together in five hours. The pieces have a waterproof nano-coating, and fit securely in three directions, creating a stable structure. 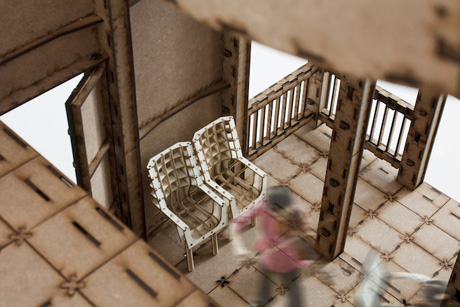 The parabolic roof boasts a number of useful features: it has a double layer to help ventilate inhabitants, it acts as a solar panel, and it catches and purifies rainwater. At $10,000 each, they would be beyond the pocket of poor communities and the NGOs that serve them. So perhaps Stoutjesdijk is hoping for a philanthropist to step in. With his technology-focused call to arms, his scheme could well catch the eye of Silicon Valley entrepreneurs.