While we're naturally excited by the prospect of Yayoi Kusama's exhibition at Victoria Miro this spring, there's another show at the London gallery which we also won't be missing.

Verne Dawson is an American painter and contributor to our Vitamin P book, whose work, while clearly influenced by Hieronymous Bosch and Pieter Bruegel, also has an almost science fiction-like quality to it. Dawson's oil paintings, often depicting well-known allegorical figures such as Jack and Jill or Jonah and the whale, seem to strive to tell some kind of story, even if a clear beginning, middle and end aren't finally delivered.

As Hans Ulrich Obrist writes in Vitamin P about the artist's 2000 work Cycle of Quarter Day Observances, circa 23,800 BC: "As well as folklore studies, it was a visit to the French prehistoric sites of Quercy in Dordogne and Provence and the observation of the cave drawings there that inspired Dawson above all. It provided him with the elements to compose, and to imagine in turn, these scenes depicting men who, around 23,800 BC sought to measure the present in the stars." 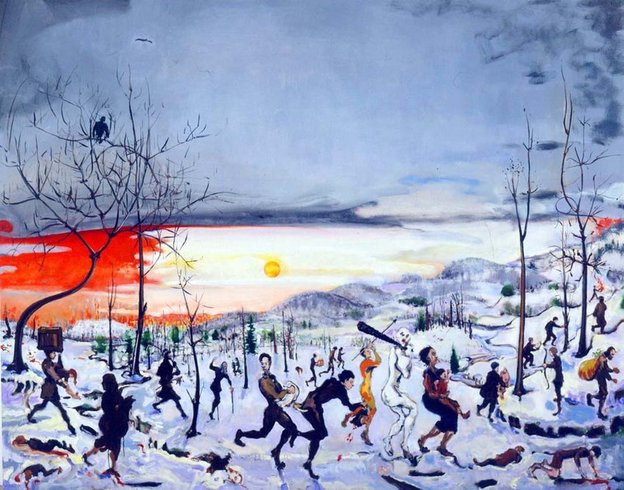 His forthcoming exhibition at Victoria Miro, which runs from 16 March to 20 April, is entitled  Apalachicola to Zirconia, and once again looks back to look forward. It's inspired by the sixteenth-century Spanish conquistador Hernando de Soto's fatal expedition into the American Southeast in search of the fabled fountain of youth. Yet, as always, don't expect simple story telling. The gallery notes explain: “Time collapses as past, present and future are represented in oil paintings that obey a non-linear chronology; they stand simultaneously as a visualising of the past, and as a perception of the present from an imagined future, where the natural and man-made retain a more balanced co-existence.” 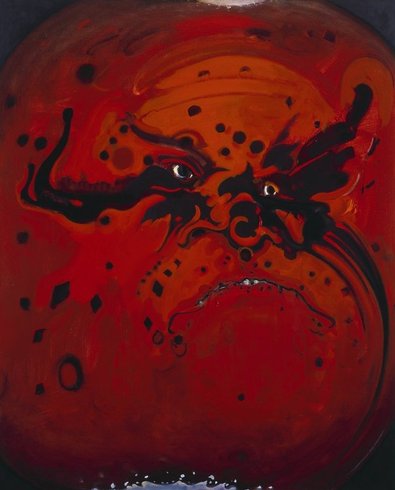 We're certainly going to head over to Victoria Miro's North London gallery next week, to take in these paintings which sound like bold, brave works, from an artist unafraid to grapple with very real notions of death and beauty - albeit in a fantastical setting. Find out more about the exhibition here, and take a look at Dawson's work, alongside 133 of his peers in our Vitamin P book, a brilliant survey of contemporary painting. To learn more about his influences, also take a look at our Bosch and Bruegel books.