Magnum have some of Burri's classic Brazilian shots on show at Photo London. Here's how René took them

The Swiss-born Magnum photographer René Burri covered world news during the latter-half of the 20th century with a modernist’s eye for geometry and a humanist’s sense of common dignity. As we explain in our book René Burri: Photographs, the photographer was universally revered by his peers for his sympathetic eye and his capacity to capture larger-than-life personalities on film. It goes without saying he was deeply loved by everyone who worked with him here at Phaidon and we miss him greatly.

Burri photographed everyone from Churchill to Picasso, and often struck up sincere friendships with his subjects. Magnum Photos stand at Photo London is displaying some brilliant examples of Burri’s pictures, including some sensitive portrayals of the work of Oscar Niemeyer. 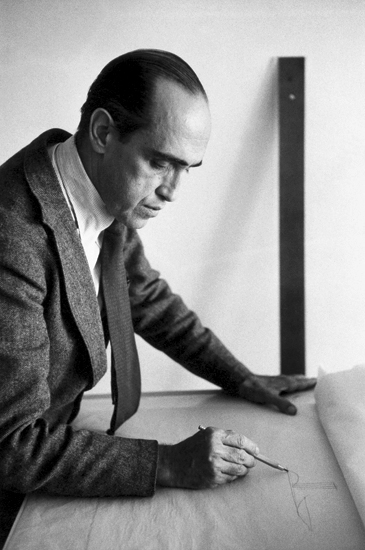 Born in 1907, Niemeyer also alloyed his version of modernism with a more curvaceous, forgiving, humanist sympathies, bequeathing to his country a distinctly tropical take on the International Style of architecture. Nowhere is this more distinct than in Brasilia, the purpose-built capital filled with works by Niemeyer, which officially opened in 1960.

Burri travelled to Latin America in part to attend Brasilia’s inauguration, and shot both Niemeyer and his buildings. However, one of the photographer’s best-loved photographs were actually taken in the Ministry of Health in the old capital, Rio de Janerio, which had been built fifteen years earlier by Oscar Niemeyer and Lúcio Costa in collaboration with Le Corbusier, and was distinguished by its movable sun-shade louvers. Burri exploits these to great effect in this image, with its criss-crossing shafts of light. 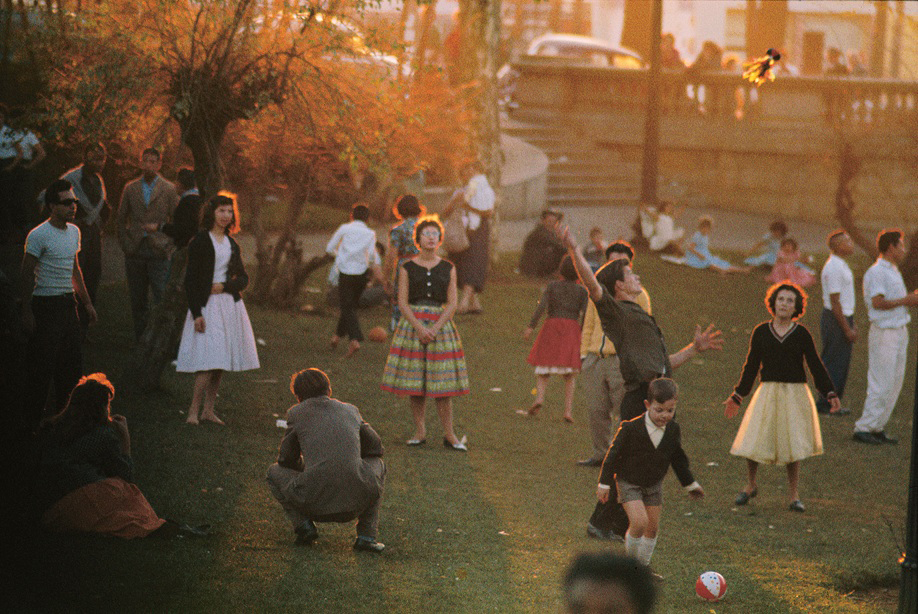 Indeed, René Burri gained incredible access to the upper reaches of Brazilian society, shooting Niemeyer at work and President Juscelino Kubitchek during the capital’s inauguration lunch. However, he also photographed less closely sanctioned portrayals of Brazilian life, and sometimes in colour. In our all-colour Burri monograph, Impossible Reminiscences, he reflects on hese previously unseen colour images, picking out images of everyday life on the beaches, in the backyards and even the favelas of Brazil. These might not be the kind of scenes Niemeyer, Kubitchek and co wished to share with the world, yet, in Burri’s lens, there was never any lack of sympathy or humanity. 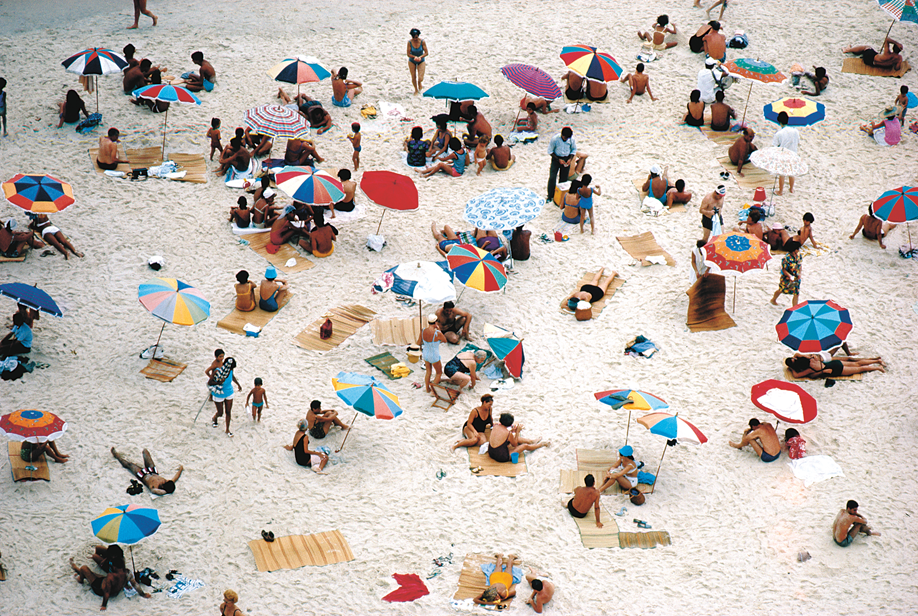 You can see a vast selection of René Burri’s important, era-defining black-and-white work in René Burri: Photographs. Meanwhile, for more of his colour work get Impossible Reminiscences; and for more on Oscar Niemeyer get hold of a copy of The Curves of Time.