A first look at The Floating Piers by Christo

Christo is not a conceptual artist. In a Most Common Errors section on the artist’s website, it explains that, far from simply marveling at the ideas behind his art, he and his late wife Jeanne-Claude “want to SEE their project realized because they believe it will be a work of art of joy and beauty. The only way to see it is to build it.”

We can all share in that joy and beauty, while, thankfully, avoiding the bureaucratic headaches that lie behind each of their massive, temporary works, which have included Wrapped Reichstag, a 1995 piece wherein the artists covered the German seat of government in aluminium foil and woven polypropylene, and The Gates, a 2005 installation of 7,503 five-metre-high gates in Central Park, each hung with yellow fabric. 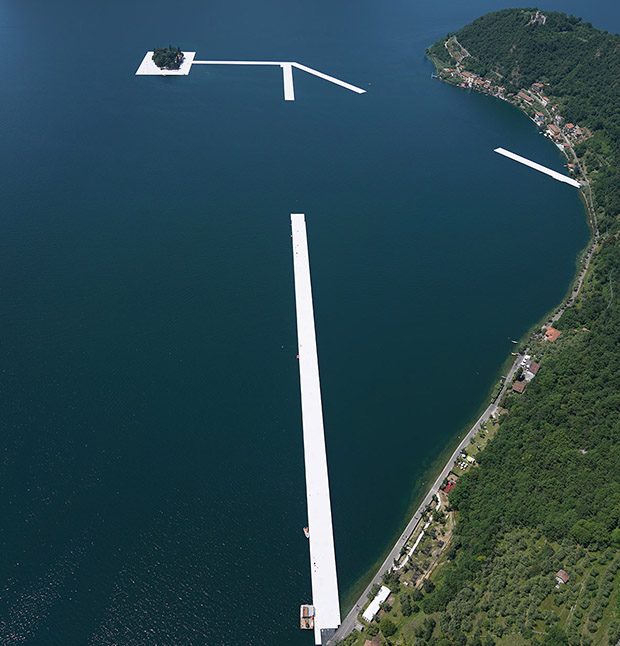 One by one, workers install the 100 by 16 meter sections to connect the island of San Paolo with the island of Monte Isola, May 2016 Photo: Wolfgang Volz

An early work, Running Fence, simply consisted of a five and a half metre high fence that ran through 40 kilometres of Californian countryside for 14 days in 1976. Yet the unalloyed majesty of the art belies the huge organisational tasks required to pull it off.

As the dealer, gallerist and curator Jeffrey Dietch is quoted as saying in our book Land and Environmental Art, “Running Fence was approached in much the same way as a highway authority would approach building a road or a developer would plan an industrial park. Thousands of hours had to be spent structuring financing, preparing environmental impact reports and testifying before zoning boards." 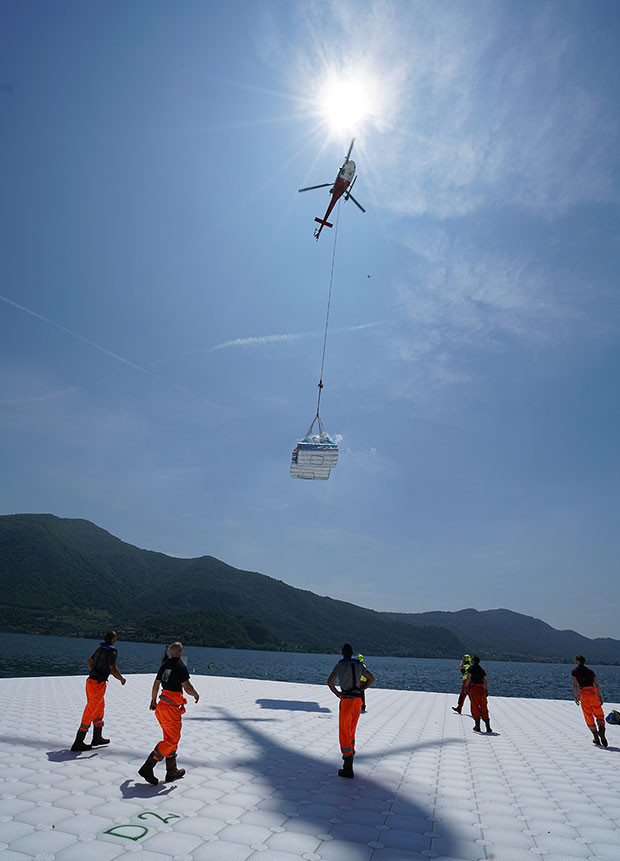 he felt that will cover the cubes underneath the yellow fabric is transported from Montecolino to San Paolo island by Elimast Helicopter Service, May 2016 Photo: Wolfgang Volz

Of course, this difficulty is part of the point. When any adult takes in a Christo and Jeanne-Claude work, he or she will probably admire the simple pleasure visual of the installation, while also pondering the organisational problems that must have been overcome to create these pieces, which lie somewhere between sculpture and civil engineering.

While bureaucratic difficulties have eased over the 40 years since Christo erected Running Fence, the logistical problems he faces this summer, as he installs his new work, The Floating Piers, should not be underestimated. From 18 June to 3 July 2016, the Bulgarian-born, New York-based artist will create a three-kilometre walkway on Italy’s Lake Iseo. The structure will be formed from 200,000 high-density polyethylene cubes, on top of which the artist and his crew will fit 70,000 square metres of shiny yellow fabric. 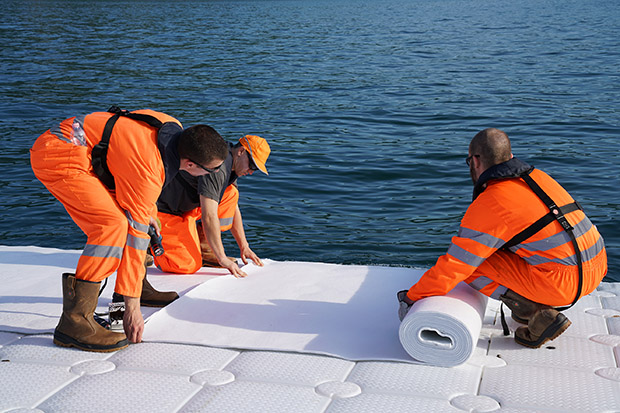 Workers install the felt that will cover the floating cubes before the yellow fabric is installed, May 2016 Photo: Wolfgang Volz

It’s a wonderfully uncomplicated plan that, of course, requires a hugely protracted production process. The textiles have been sewn together in Lübeck, Germany back in February; a factory in the northern Italian hamlet of Fondotoce has produced the polyethylene cubes; while a team of French divers has been fitting the piers’ anchors into the lake’s bed. The cubes have been assembled into 100-metre sections, and are currently being fitted together on the lake waters. 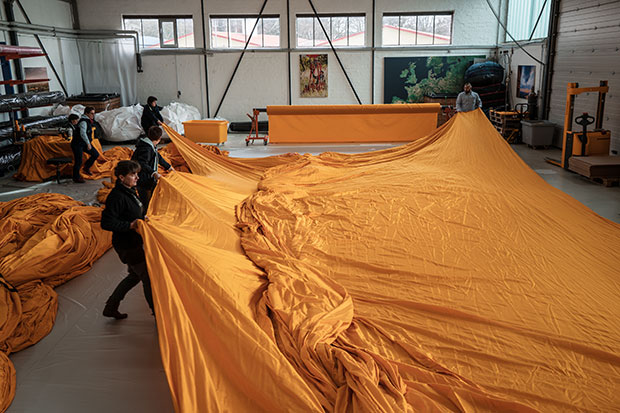 75,000 square metres of yellow fabric are sewn into panels in Lubeck, Germany, February 2016

For such a complicated project, The Floating Piers has been put together in relative short order; Christo first scouted out the location in Spring 2014. 10 days until opening, and it looks like all is going to plan. Perhaps we should give thanks that the 80-year-old artist is still willing to take on these challenges, allowing us to admire his artwork. 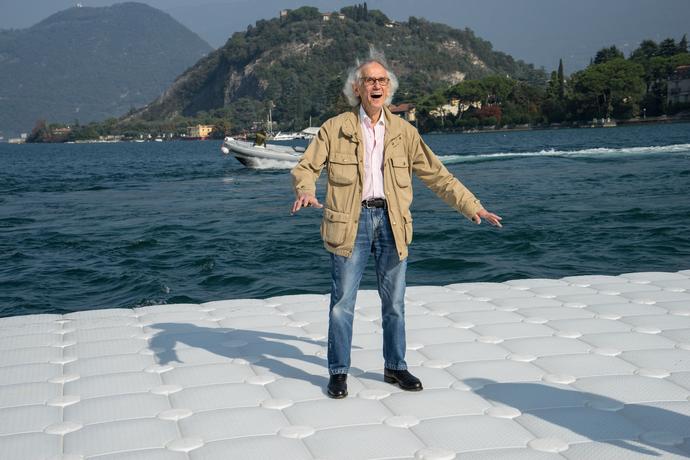 For greater insight into this important artist’s work, order a copy of Environmental and Land Art here; and to buy original works by the artist - which go towards funding his projects - browse through Christo's pieces available over on Artspace.