The High Line in New York, one of the few places in the city where one can escape the constant buzz of traffic, is to get a monument to car culture next month when Brooklyn-based artist Virginia Overton creates a site specific sculpture that, like much of her work, involves a pick-up truck.

“With this new project, Virginia will transform the High Line and the nearby parking lot into a pedestal for her sculpture, composing a temporary monument to American car culture and life in today’s metropolises,” says Cecilia Alemani, Curator & Director of High Line Art. The sculpture will be installed in the Edison ParkFast stacked parking lot next to the High Line at West 20th Street and will be on view from September 13 until next spring, 2013.

Overton is known for sculptures and installations that incorporate raw materials, found objects, and often reused and recycled elements. Based on simple gestures, her work calls attention to the inexorable demands of scale and gravity in its attempts to fit into the surrounding environment. Pickup trucks have always played an important role in her work. She's frequently turned trucks into platforms for artistic creativity including photographing them loaded with various found objects.

Tennessee-born and raised on a farm, Overton has utilised sheet rock, pine beams and florescent-light tubing in her work. Commenting on her first work that used a truck she told Interview magazine:

"I pimped my truck by adding green neon to the underside and then drove it on top of glass mirror, where I left it for the show. (Luckily, we got a permit from the city, so I didn't have to move it for the street sweeper for days!) When I was setting it all up, a crowd sort of naturally gathered, wondering what on earth I was doing. This one cabbie yelled at me as he drove by. 'Hey, lady! You know that mirror is going to break if you drive on top of it!' I thought that was funny that he thought I had no idea what I was doing... maybe he was right." 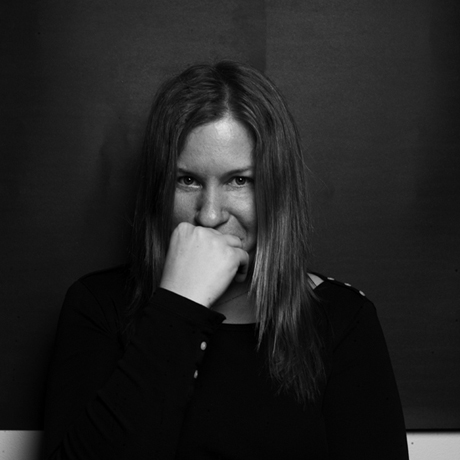