The artist, photographer and activist JR made his name putting a more humane face to the kids from the Parisian suburbs, via his Portraits of a Generation project. JR pasted up huge pictures of poor young people in and around the French capital, at a time when many were being vilified in France, following the 2005 riots.

Since then he has developed an impressive degree of social agility, moving from those housing projects to the heights of showbiz. He has collaborated with Robert De Niro, contributed video footage to U2’s current live show, and visited Versailles’ Hall of Mirrors with Jennifer Lawrence.

So maybe we shouldn’t be too surprised to see pictures of Cara Delevingne dangling from a roof at the top of both his and her Instagram. The artist and Phaidon author joined the British model and actress on the French rooftops after the premier of her film, Valerian and the City of a Thousand Planets, at La Cité du Cinéma in San-Denis. 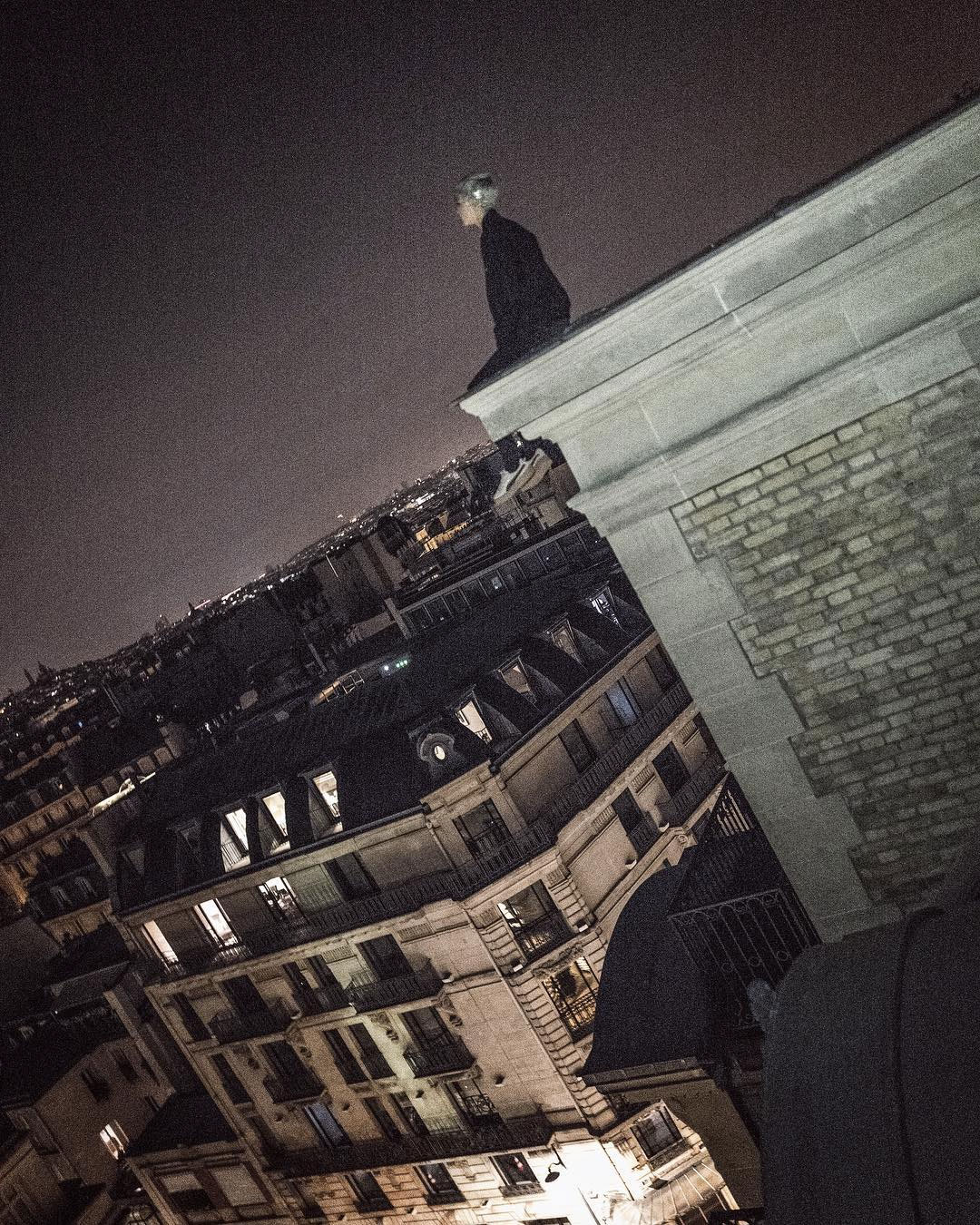 Delevingne looked great in heels and a silver ball gown on the red carpet, and looks equally stunning, high on the roofs of the French capital, wearing a far more sensible pair of Puma sneakers, for this late-night photo shoot.

Looks like these two high achievers they can both handle heights. For more works from one of France’s most daring artists get JR: Can Art Change the World?.