A new Netflix documentary, premiering this Friday, examines the Chinese artist and his love of explosives

“More than a thousand years ago, when the Chinese discovered gunpowder,” says the artist Cai Guo-Qiang at the beginning of his new Netflix documentary, “they were actually looking for an elixir to make them immortal.”

It’s an intriguing association between the ephemeral and the immortal for an artist whose ambition, as he explains in the film’s archive footage, is “to connect the Earth to the Universe.”

Since the late 1990s, this Chinese-born, NY-based artist has staged a series of explosion events, as both stand-alone works and displays commissioned to mark high-profile ceremonies such as the opening of the 2008 Beijing Olympics, which occupy a novel place somewhere between land art, fireworks and sky writing. 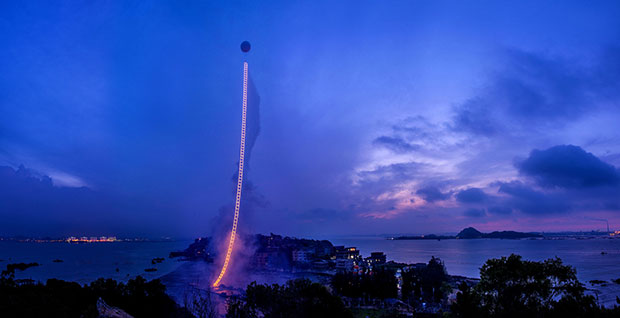 Now, Sky Ladder, a new one hour 16-minute documentary directed by Kevin Macdonald (The Last King of Scotland) and debuting on Netflix this Friday 14 October, looks at Cai’s life and work, from his childhood in Mao's China to his subsequent position as an art-world superstar.

The movie focuses on one great, difficult to realise piece: a 500-metre burning airborne ladder, the Sky Ladder of the film’s title, which Cai eventually staged in June 2015 at Huiyu Island Harbor, Fujian province, close to where he was born.

It’s a neat work to encompass Cai’s practice, since the artist’s origins were very much an influence on his later work. As a child he lived on the eastern coast of mainland China, just across the straits from Taiwan, and remembers the sound of the Chinese artillery firing towards the disputed island.

The artist’s father was a prominent calligrapher and rare book collector, who faced persecution during the Cultural Revolution, and felt compelled to burn his collection in the basement of the family home, at night.

Cai studied theatre design in Shanghai and developed his explosive style of art, partly in response to the strictures of his cultural environment. 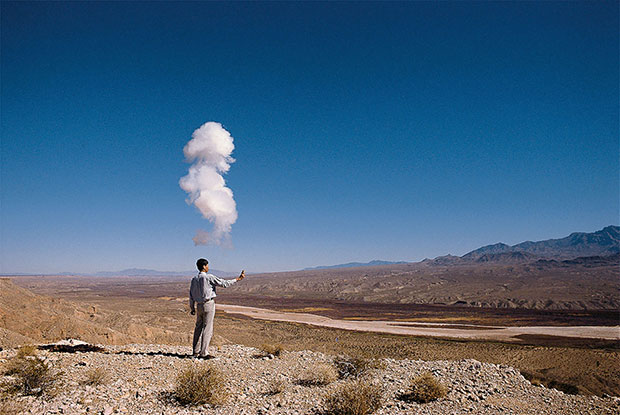 “This was a release from the repression and pressure that I felt around me,” explains Cai in our book on the artist. “It was also an attempt to distance myself from traditional Chinese art, which is very much concerned with controlled form. I wanted to look at the destructive and constructive nature of gunpowder, and to look at how destruction can create something as well.”

“First the video was gone, then the story was dropped,” remarks Cai in the accompanying voiceover. “So now the risk is the ceremony might become a standard fireworks show. Why am I still here?”

Proof that, despite his fame and international standing, Cai's struggle continues. Netflix subscribers can watch the film in full from this Friday; readers keen to discover more about this important artist can order a copy of our Cai Guo-Qiang Contemporary Artist Series book here.