What to expect from Paris Photo Los Angeles

Though LA hasn't the high-art credentials of Paris, or New York's gritty photography reputation, it does, of course, have an incredible cinematic heritage, as well as a decent contemporary photography pedigree. The first LA edition of Paris Photo, called quite simply Paris Photo Los Angeles, takes advantage of both of these aspects, to present a show this April that's distinctly Californian, while maintaining an international outlook.

Most of the works will be on display within three of Paramount Pictures’ sound stages. The event's sections will include Moving Images, Young Galleries, and Complete Series.
The emphasis on video and film is an obvious one to make, given the fair's location.

The organisers say that “the addition of the Moving Images section to Paris Photo Los Angeles pushes the boundaries between photography and moving images by showcasing film and video.”

The Young Galleries strand is reserved for galleries that have been open for less than one year. The Complete Series section is set aside to allow a few galleries to present “one exceptional series of photographs by a single artist”. The fair's committee will announce galleries taking part in this selection towards the beginning of next month. 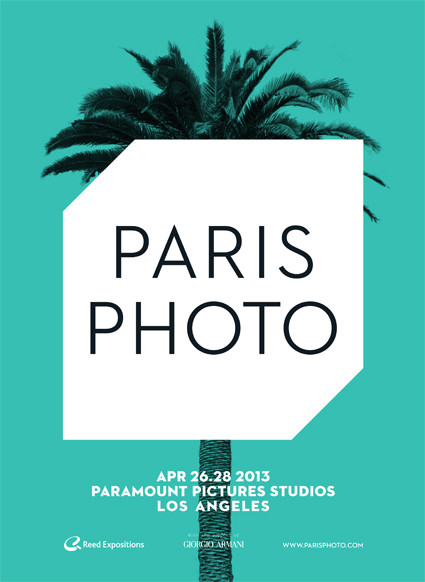 Finally, Paris Photo LA will bring a little East Coast grit to the fair, on Paramount's New York Street Backlot -  the studio's stage replica of a New York City’s street. In this incongruous setting, the fair will host 20 cutting edge solo shows; even more intriguingly, the fair's organisers say that “each selected gallery will have an exclusive movie set within the section in which to create a solo exhibition.”

Sounds like, in some instances, the fair's backdrop might prove just as engaging as the images on display. For more on the forthcoming show, visit Paris Photo LA's site. For further works by great photographers from across the world, browse the varied photo books in our acclaimed online store.