Until now we thought our (secret) top 10 spiral staircases list was always going to be headed up by Ross Lovegrove's DNA design, which connects the floors in his London studio. The staircase features on the cover of our Lovegrove monograph. However a new contender has just emerged, produced by a Canadian living in The Netherlands.

OK, it's still at the concept stage, but architect Andrew McConnell - who studied in Calgary and now works in Rotterdam - has done something rather clever; he's married an innovative design with minimalist production techniques. 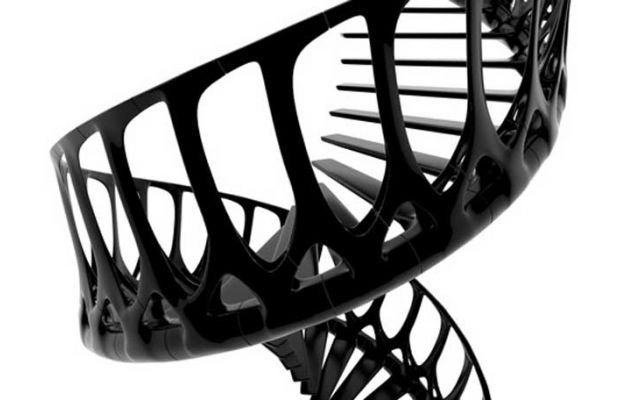 Called the Vertebrae Staircase, it's a simplification of a whale's back joint into just one component. Each piece forms a step, banister and part of a handrail; in so doing, the spiral is both rigid and self-supporting. What's more, in production line terms, McConnell's staircase relies on a single piece, which can be manufactured again and again.

"There are no other hidden supports as the Vertebrae Staircase is designed to act as one structural element, bearing the loads of its users and transferring these forces to the floor plates," he says. 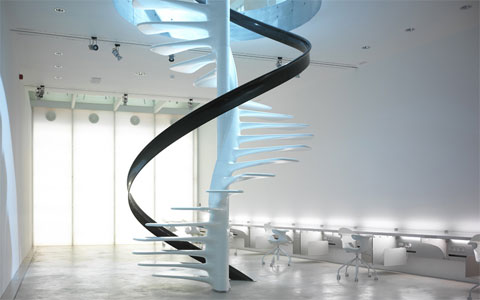 Designs such as McConnell's are what's known as zoomorphic architecture. A 2003 V&A exhibition, Zoomorphic: New Animal Architecture, highlighted the natural world's influence on designs such as CF Moller's cocoon-like Darwin Centre Phase 2 for London's Natural History Museum, and Foster and Partners' 30 St Marys Axe, better known as The Gherkin. We can only hope we see McConnell's staircase built into such an organic setting sometime soon.

For more on great new architectural innnovations, take a look through our Atlas of 21st Century Architecture, which brings together the best architecture from the past 12 years.