Edmund de Waal launches his monograph at the V&A

To mark the publication of his book, the artist put in his final public appearance of 2014 at the V&A last night

Writer, ceramicist… conceptualist? It’s not how we would describe the author and potter Edmund de Waal, yet he accepted the term, during a brief question and answer session following yesterday’s talk at the Victoria and Albert Museum’s Lydia and Manfred Gorvy Lecture Theatre, staged to launch his new Phaidon monograph.

“Conceptual artist?” he answered when asked by an audience member whether it was a term he thought described his work, “OK, I’ll take that.” It’s a sign of the good grace that always accompanies his insightful explanations, whether in person or on the page. 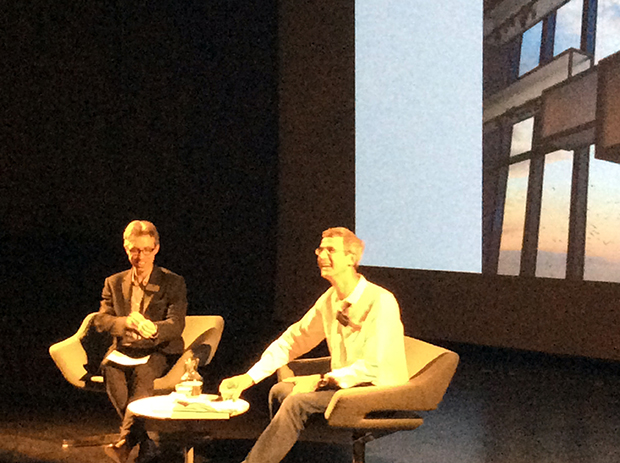 Edmund’s interlocutor on the evening was his friend Alun Graves, curator of ceramics and glass collections at the V&A; the pair worked together on the artist’s permanent installation at the museum, Signs and Wonders, and enjoyed an easy rapport last night.

De Waal discussed his current exhibitions, including an installation at the neoclassical Theseus Temple in Vienna, entitled Lichtzwang, running until 5 October, which he described as “my attempt to see if I can draw in the air.”

Atmosphere, his show at Turner Contemporary in the UK (on show until 8 February 2015) is, de Waal said, “my attempt to bring the threshold of a building and the air outside closer together.” As you can see from the photo above, it's a resounding success. 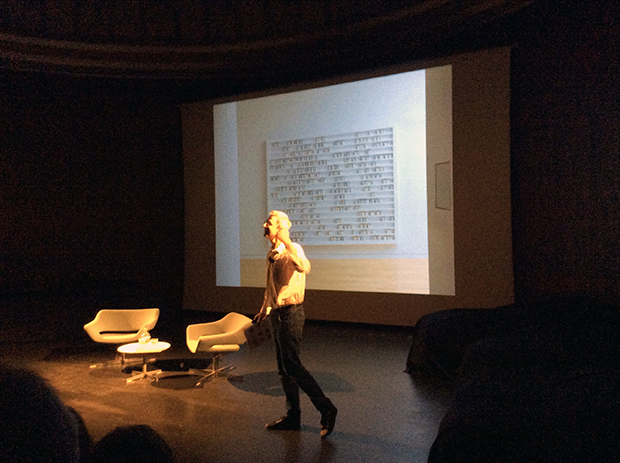 His next book, his use of colour, and his thoughts on fellow British ceramicist Grayson Perry were all discussed, before a capacity audience, which included senior V&A patrons and key figures within London’s art scene.

We would like to thank Edmund for this appearance and wish him well with his work for the rest of 2014. For a richer understanding of this important artist and writer, please do buy a copy of his new monograph, which we are proud to publish. 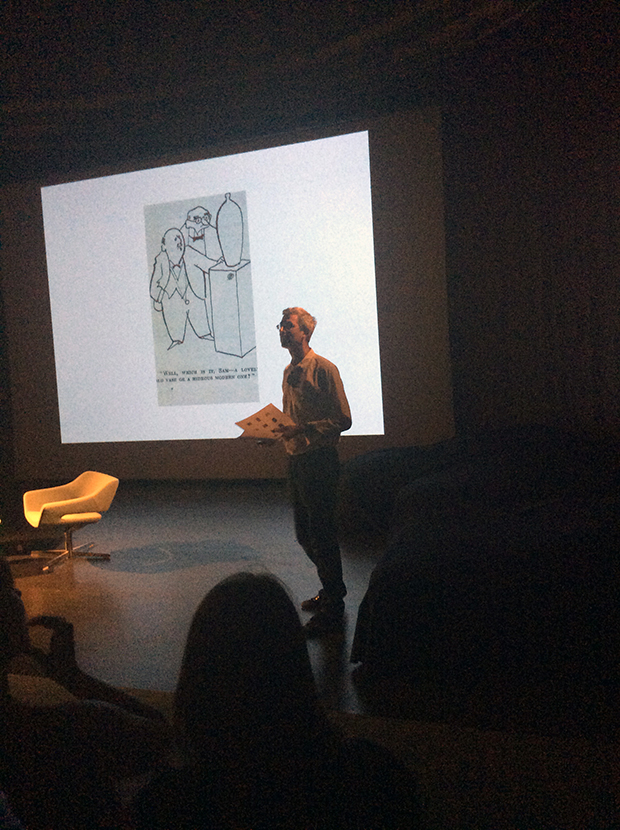