Seriously, is this how the Contra chefs got a Michelin star?

No! It was exceptional yet simple cookery, not cuddling up to The Michelin Man that won over the judges

There’s only one, brief mention of Contra’s Michelin star – first gained in 2017 – in Jeremiah Stone and Fabián von Hauske's A Very Serious Cookbook. The young chefs prefer to celebrate their friendly wine makers, discuss the challenges presented by restaurant trends such as microgreens, and remember the time when, prior to setting up in business together, Stone and Von Hauske would get drunk and brawl.

However, the Michelin judges clearly hold Contra in high esteem, and just announced that the restaurant has retained its star. Stone and Von Hauske showed their appreciation at the 2019 New York guide launch by hugging Bibendum, as the Michelin Man is called, and offering him a drink.

Of course, they don’t need to get him tipsy to succeed within the Michelin star system. The guide recognizes the way in which the chefs take great produce and turn it into unassuming, yet sensational dishes. 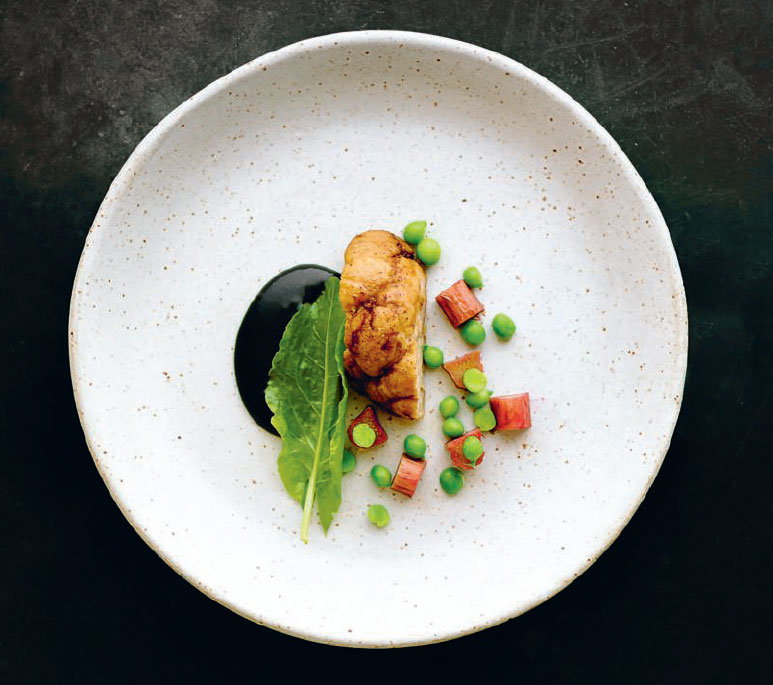 Sweetbreads, peas and rhubarb, from A Very Serious Cookbook

Contra’s treatment of, say, whipped potato (paired with a smoked date purée) or Guinea hen (served with a vin jaune sauce) proves, that “simple can be spectacular.”

That’s something the chefs agree on. In a footnote in their new book they write, “We tend to think of the food we cook as the result of a few excellent ingredients transformed with minimal equipment or technology.” So the recipe for sweetbreads peas and rhubarb (above) might look and sound difficult, but are actually relatively simple.

To get the full recipe, as well much more on the dishes dreamed up by these two great young chefs, order a copy of A Very Serious Cookbook.