Rafael Vega - Why I Paint

The spectre of modernism and the history of abstract art are unquestionably alive in Puerto Rico-born Rafael Vega’s paintings. Within the voids and repeated geometric and linear configurations of his paintings are palpable references to the works of Lucio Fontana, Barnett Newman, Mark Rothko, Frank Stella or, for a more recent example, Tomma Abts. In spite of Vega’s undeniable commitment to abstraction, there is a rejection of all forms of imagery, even abstract imagery, in his untitled paintings. Though his work may harness a distinct formalism and a recurrent concern with how the picture plane offers illusions of simulated depth and evocations of dimensionality, Vega’s work finds its departure point from these historical referents in the form (and content) of its materiality. The visible ‘madeness’ of his paintings is paramount, as is their material playfulness and tactility.

Another decisive factor of the work is Vega’s use of Masonite, a raw, fibrous and brutish steamed wood composite, as the support for his paintings. Far from a passive surface upon which to paint, this flat, indolent material is exploited and made complicit in the painting as it is hacked at, rutted or sawn. On the one hand this reinforces the paintings’ physical, material sense by highlighting their objecthood. On the other it produces an effect, which in Vega’s words occurs as ‘formal transactions within the picture plane’. Here, the Vitamin P3-featured painter tells us what interests, inspires and spurs him on. 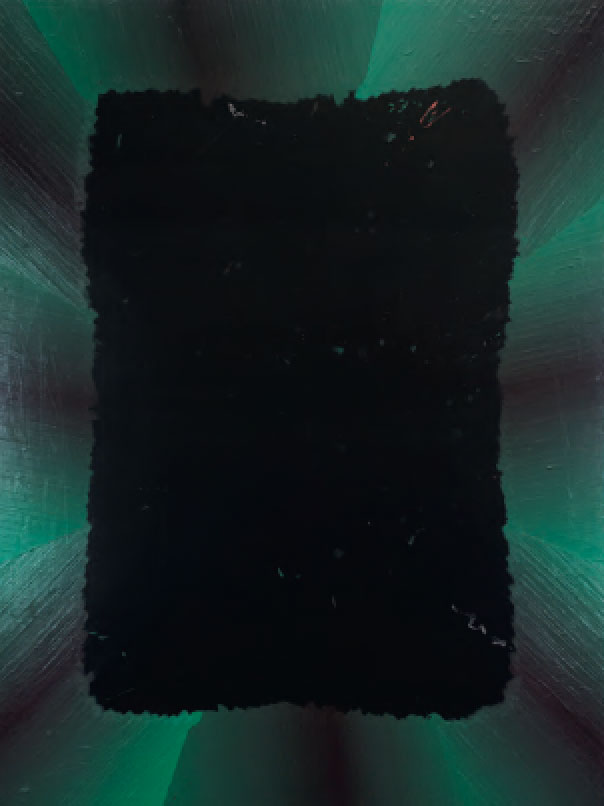 Who are you? I'm Rafael Vega and I was born in Puerto Rico, lived for a couple of years in Chicago, and then moved to NY, where I still live and work. I always wanted to be a scientist; first a paleontologist, then an archaeologist, a nuclear physicist, astrophysicist, etc: Every option highly influenced by the Science section in the Sunday newspapers I read as a kid. But at the same time, for which I have no explanation, I also wanted to be a painter. So I went to college, completed my chemistry major and almost immediately started my fine arts education.

What's on your mind right now? Everything and huge moments of nothing. I'm easily distracted, kind of like a cat. That's why I say "everything and huge moments of nothing." Recently, I was really concerned with how to read faster, how to be more efficient when it comes to reading a book. My main problem is not just that I spend too long on one page, it's that subsequently I spend like two hours pulling, pushing, and forcing weird connections from sports to arts to science. At that point, my mind looks like a nautical chart, and I have to re-read the same page. It's not an eternal cycle, but it definitely slows things down. Every day I have to confront several unfinished books and their judgmental silence. 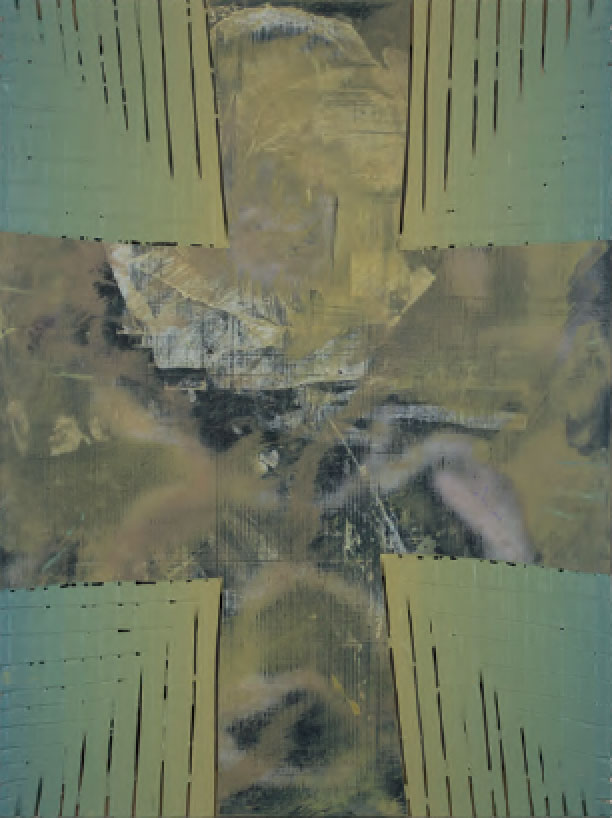 How do you get this stuff out? Putting it out is the easy part. Putting it out in a way that makes sense to you (the artist, that first and contaminated viewer) and at the same time can fit into an external narrative, that's different, that's the balancing act.

How does it fit together? In general, I maintain tons of distance and skepticism, a kind of apprehensive state in which you are not too close or far from your ruminations. It helps build some awareness and a sense of editing, and not just editing during the making, but beforehand. What's relevant? What's just fog? Remember the nautical chart? Well, this strategy is really helpful for me. In terms of my paintings, I have a kind of fragile genealogy or lineage of shapes that, with a specific and immediate context, become forms pertinent to me: a personal mythology. Every new painting should - or at least I expect it to - question the previous one. It must force its immediate past into a state of "vibration" (try to imagine a delocalized electron), by small tweaks, never too dramatic. It must question its assumptions/urgencies/resistances/negations not for the instant gratification an answer can provide, but because that's the only way for a painting to breathe and be pertinent. A painting becomes a moving target, similar to what the theoretical biologist Stuart Kauffman calls 'an adjacent possible'. 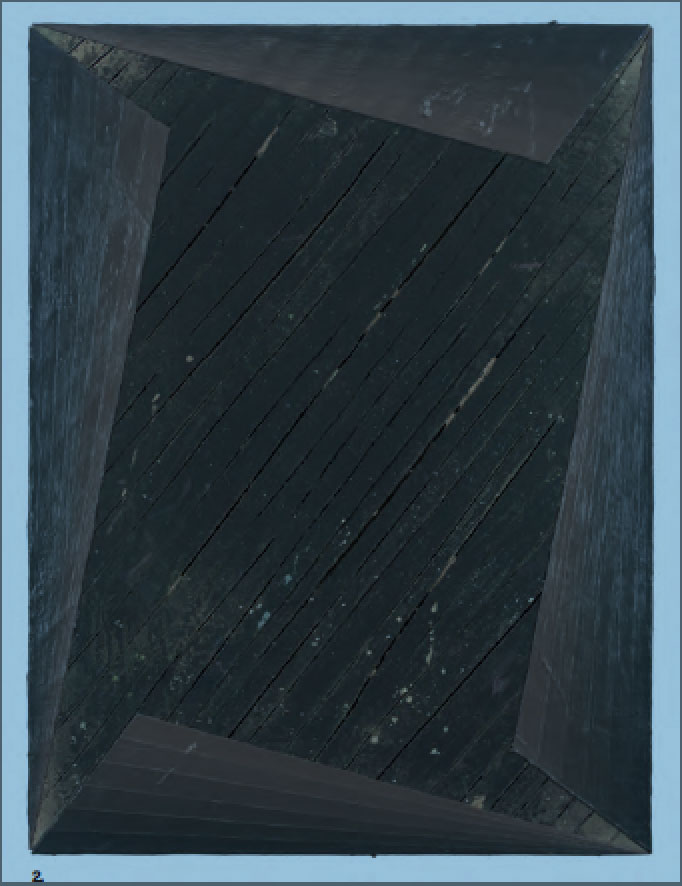 What brought you to this point? Patience, plenty of time in the studio, and discipline. Doing, doing, doing. Lots of sketches and notes.

Can you control it? Well, there's no absolute answer for that. Where in the equation should we put training (self-taught or art school), muscle memory, taste, etc? That educated intuition seems to have a prefixed set of solutions depending on the problem, solutions that keep emerging/repeating from painting to painting. I could say ‘yes,’ if a certain impulse or urgency is added, but we can also spend an infinite amount of time identifying the burden of proof for each argument. 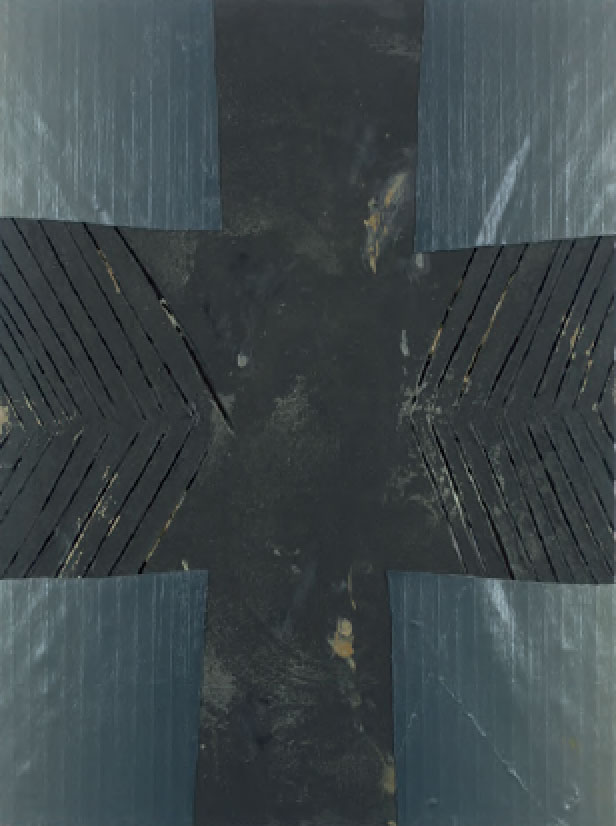 Have you ever destroyed one of your paintings? The kind of destruction that looks for the total oblivion of the image or picture? Nope. Honestly, I don't recall ever destroying any painting. For sure pentimento (alteration), but no destruction per se. 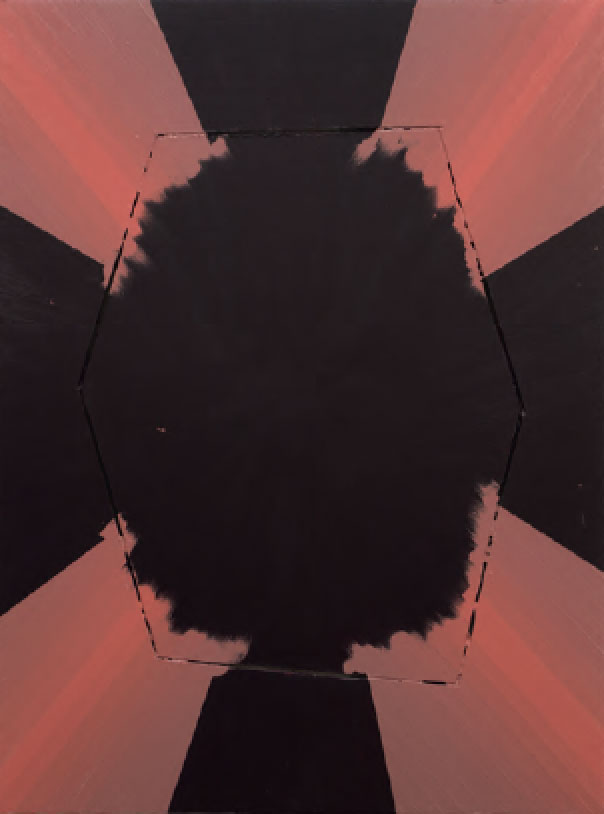