Paul Smith threw a party for Martin Parr this week!

'Martin was one of the first photographers who really got my attention for his love of the kitsch and odd,' he said

“Martin Parr was one of the first photographers who really got my attention for his love of kitsch and odd situations", Paul Smith says.

So it was no surprise that the legendary fashion designer, who has collaborated in the past on a line of beachwear with the photographer, hosted the launch of Martin’s latest Phaidon book Only Human at Paul Smith No.9 Albermarle Street this week. 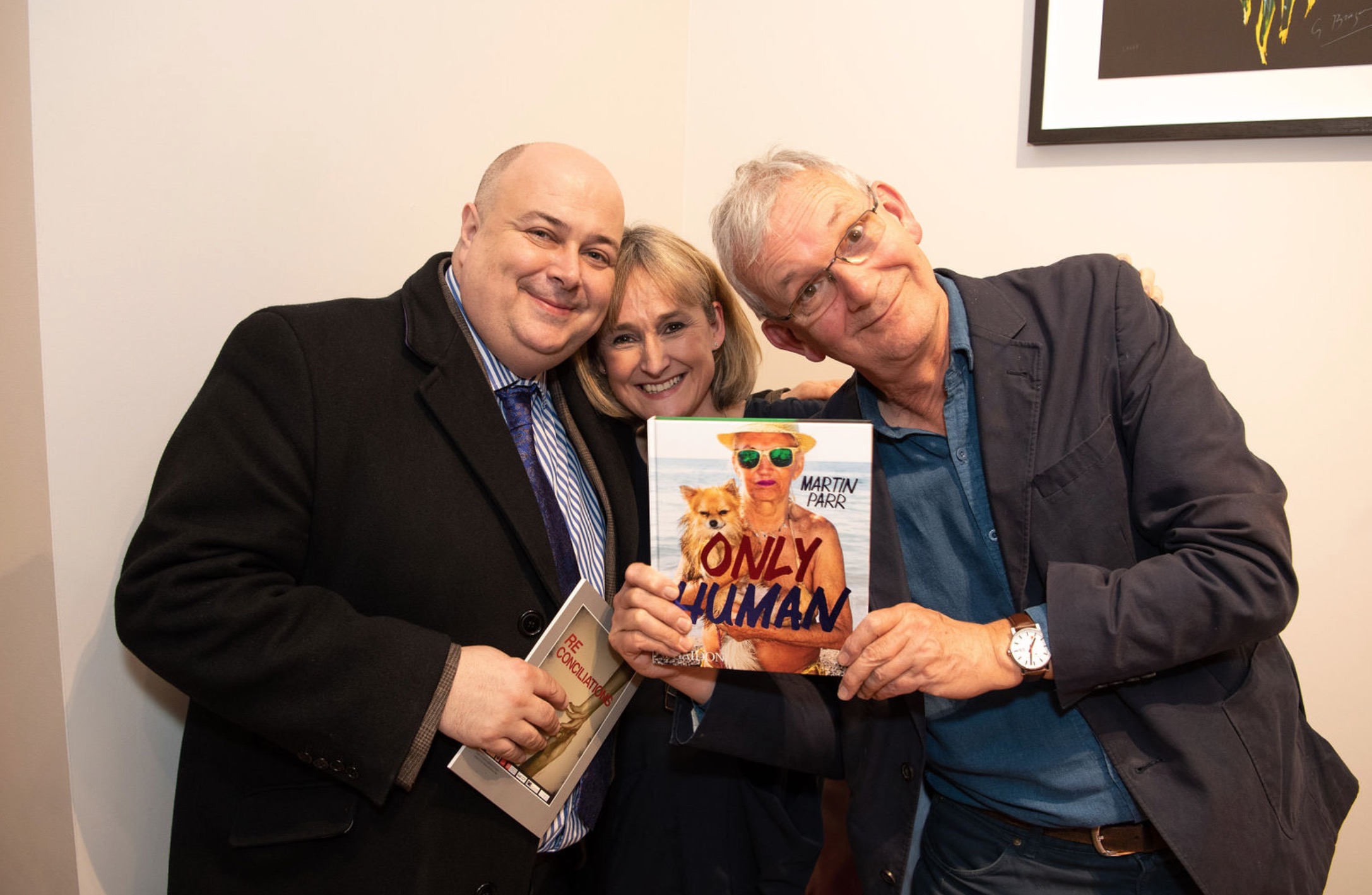 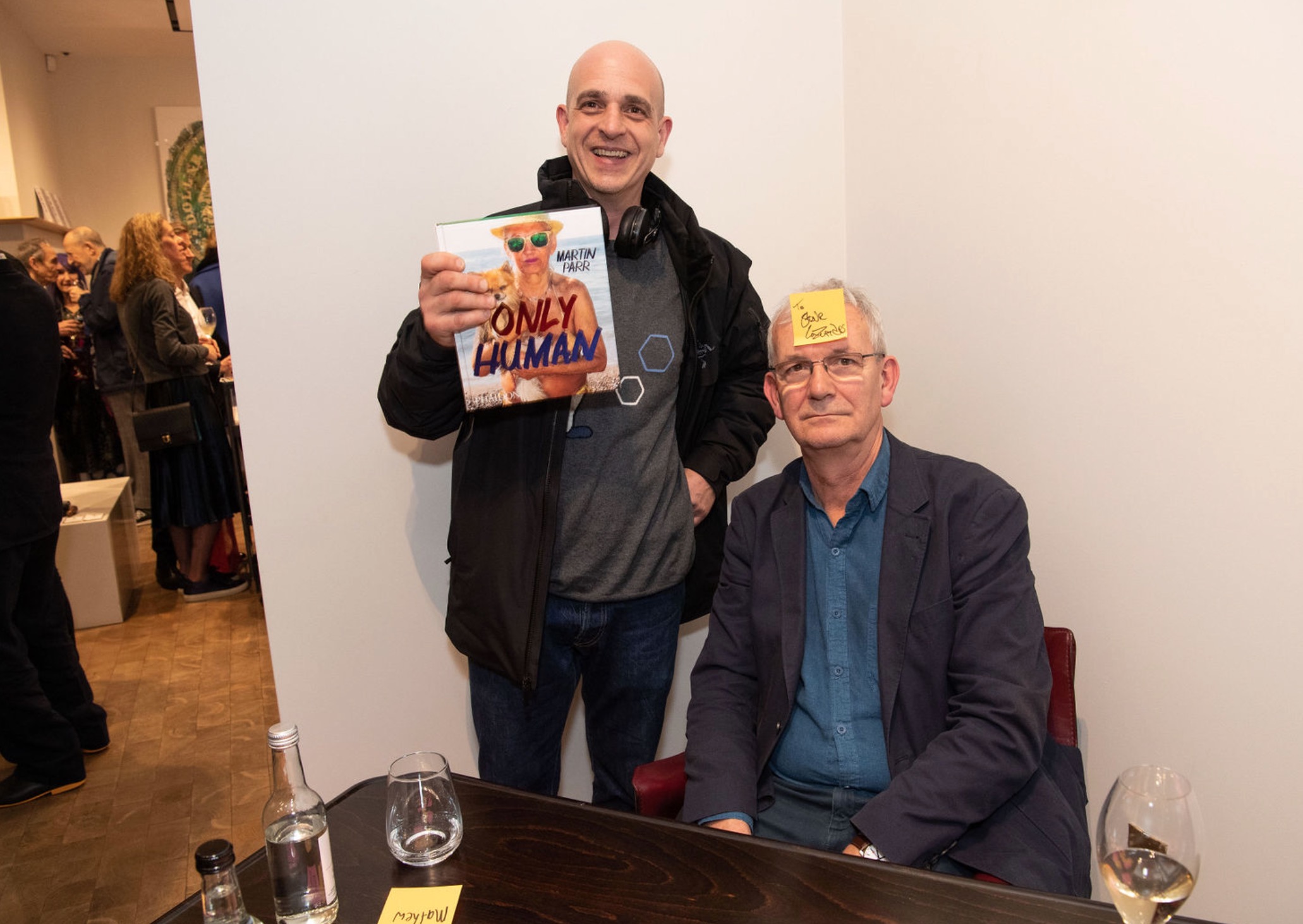 Parr signed books for fashion models, fellow photographers and a number of the people in his new book. 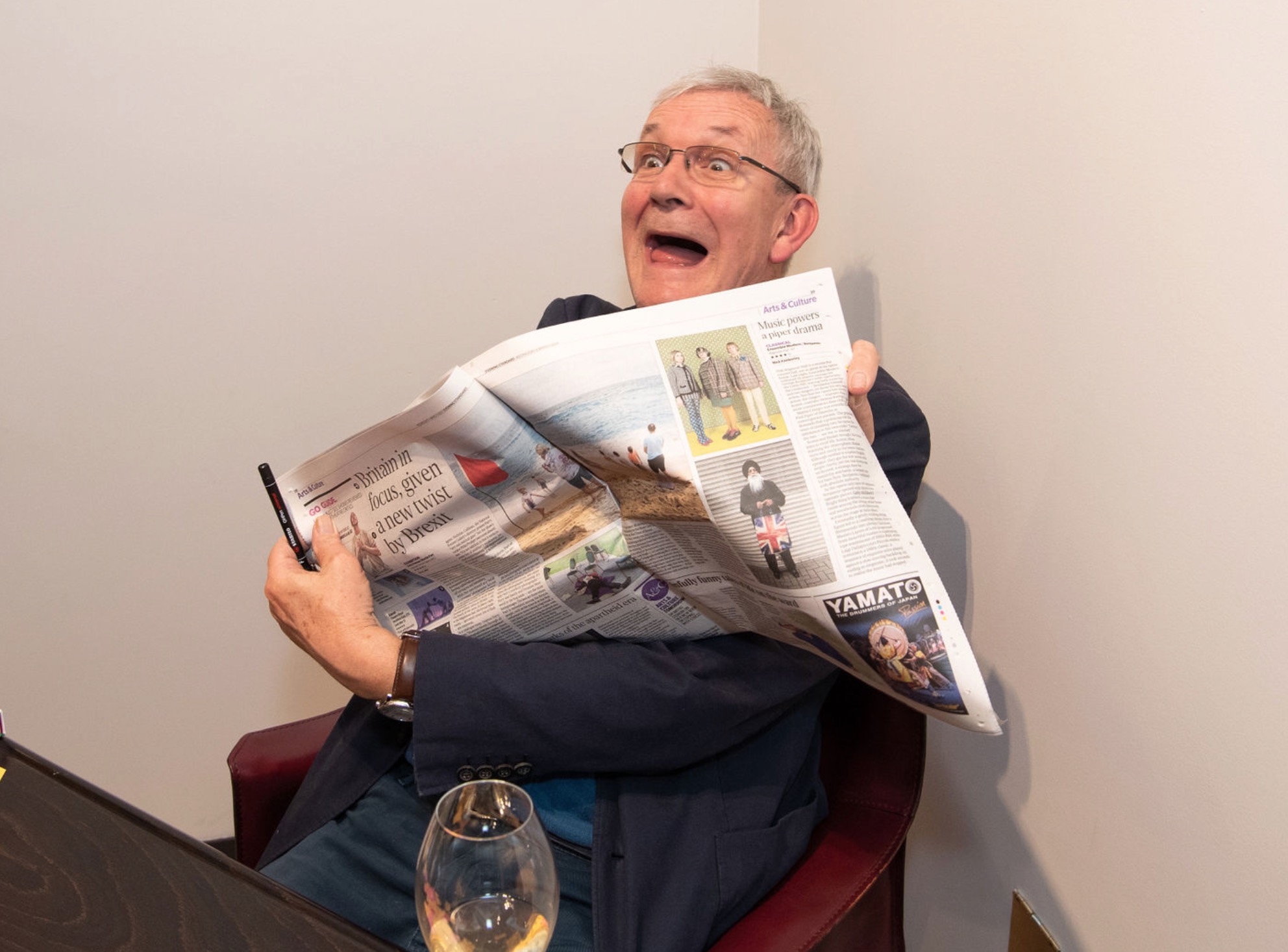 Martin reads his latest reviews - they're all good! Photograph by James Mason

However, he didn't take the opportunity to pick up a new look while he was there however - in the past Martin's said he's appalled and fascinated by fashion in equal measure despite shooting great campaigns for Gucci and Farah among others. 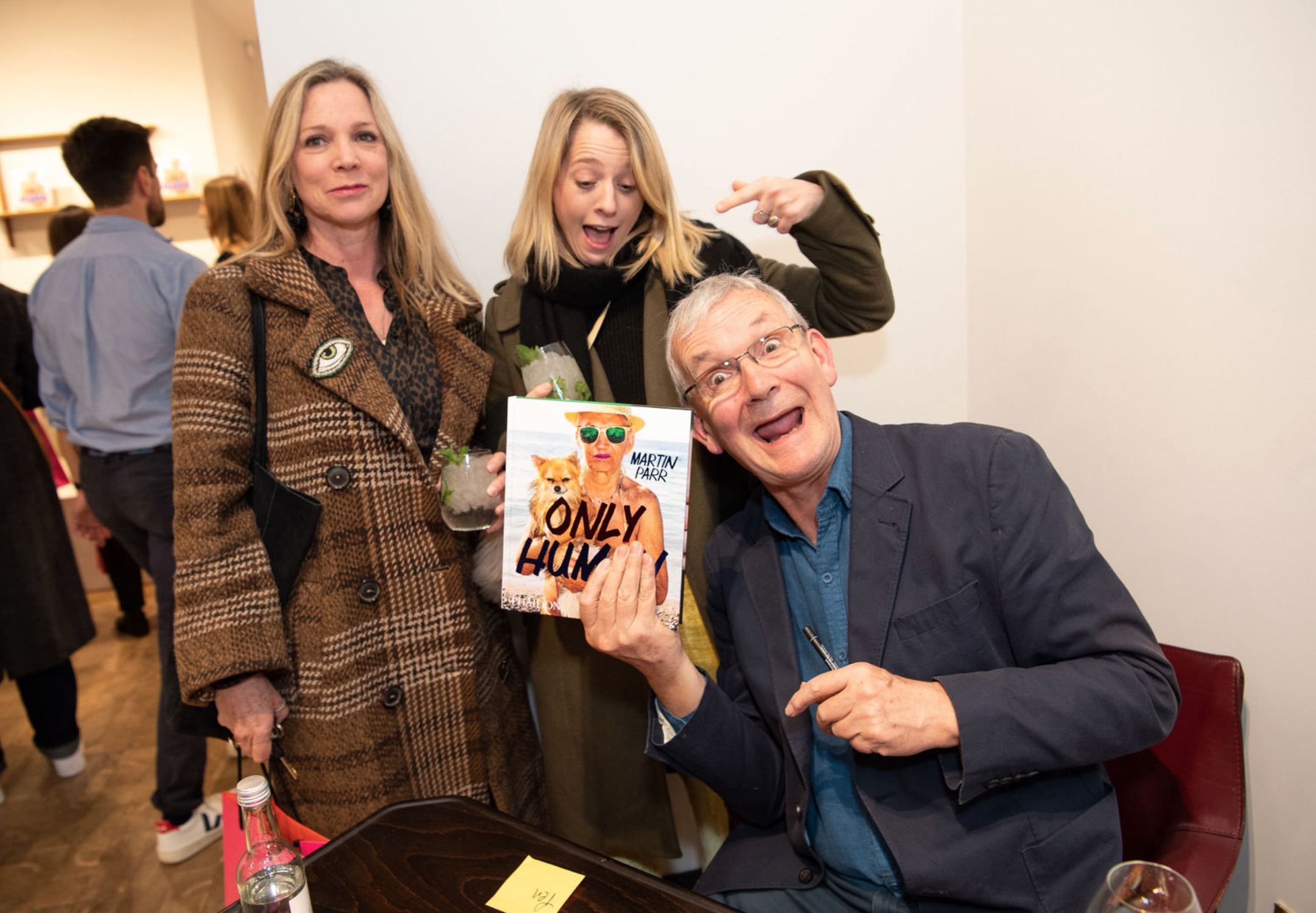 But Parr, who’s new book focuses in part on Brits at the time of Brexit, does share the same bug for collecting unusual things as does Sir Paul and admitted: “I guess we’re both very British indeed.” 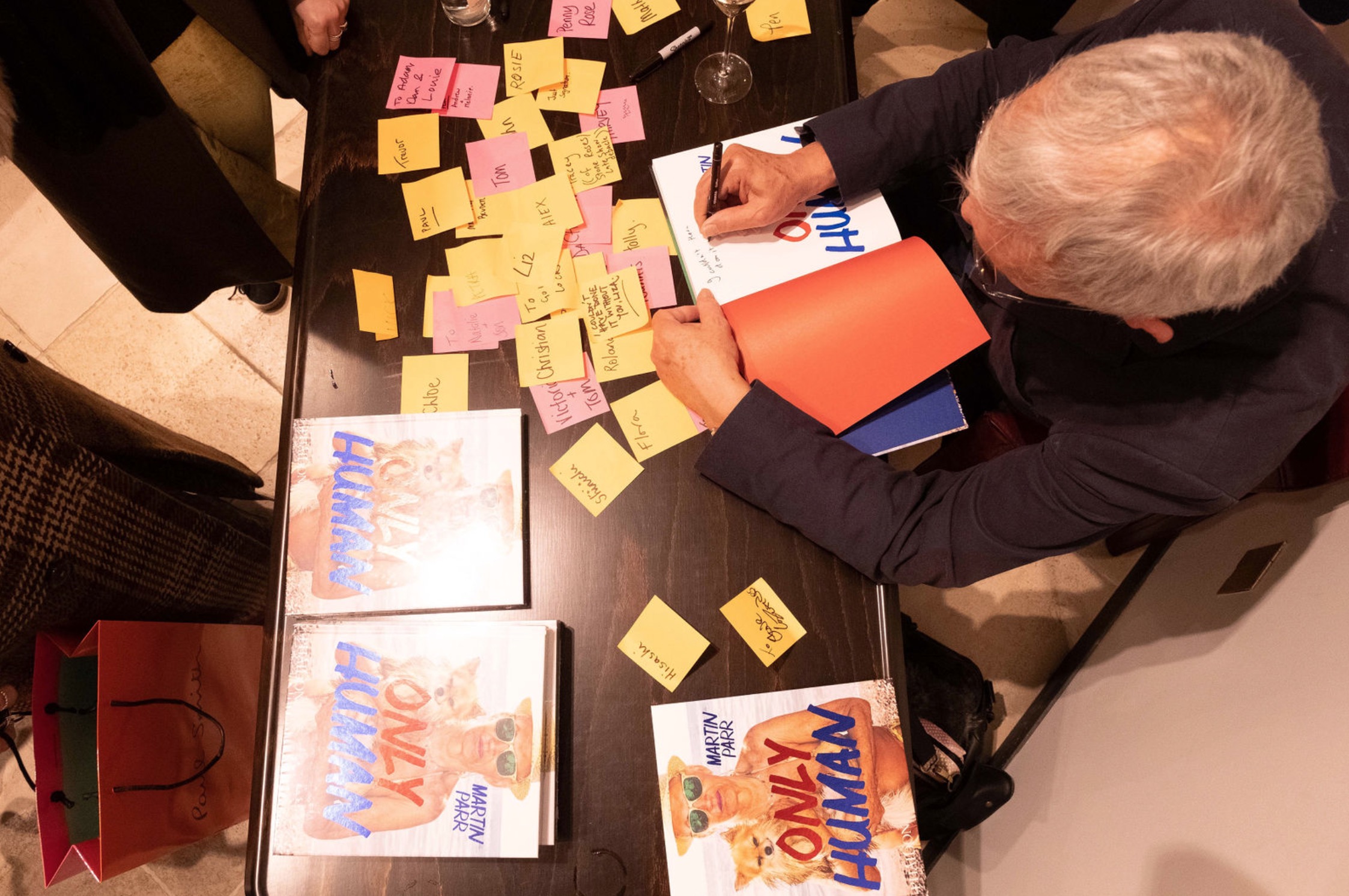 Earlier in the week the photographer opened his biggest and most prestigious retrospective to date at the National Portrait Gallery in London. 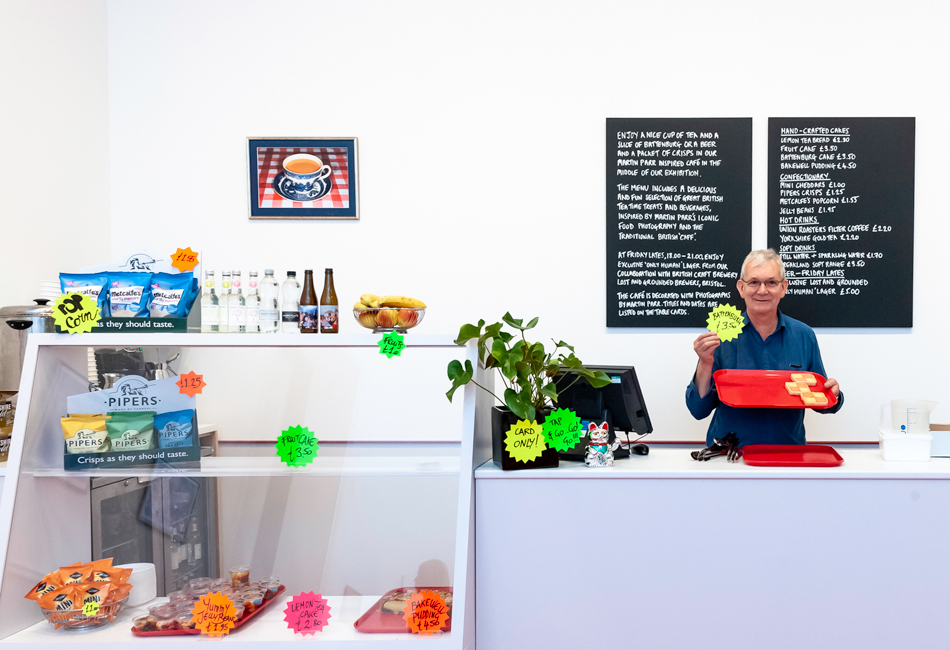 Check the composition and colour balance on these Battenberg cakes

Guests at the opening night party included Grayson Perry and his family who posed for pictures in front of Parr’s portrait of them, which is included in our book. 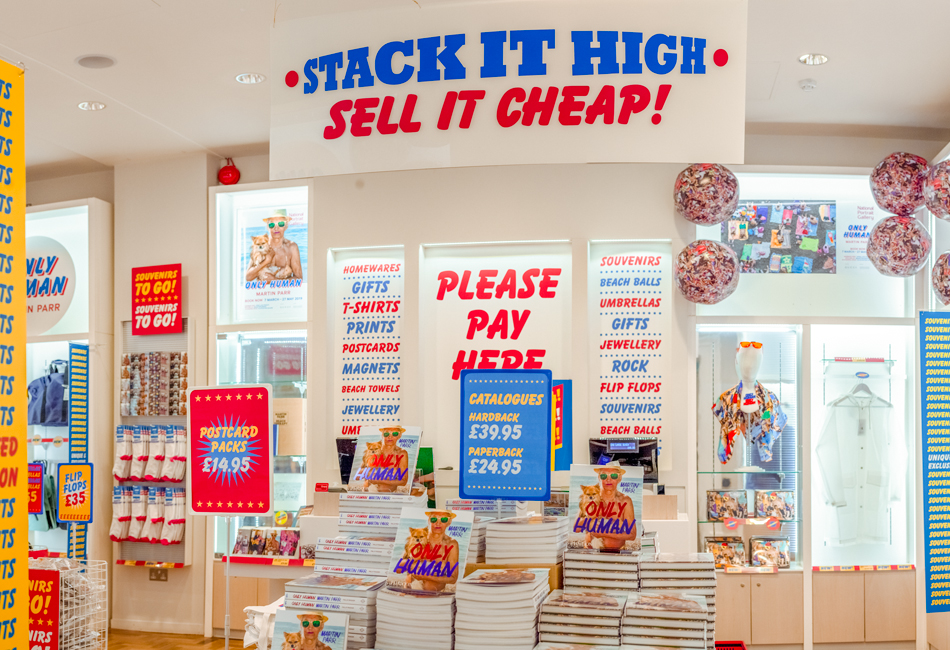 The show - is cleverly curated by Parr himself and spans a number of rooms with a hilarious gift shop and café. 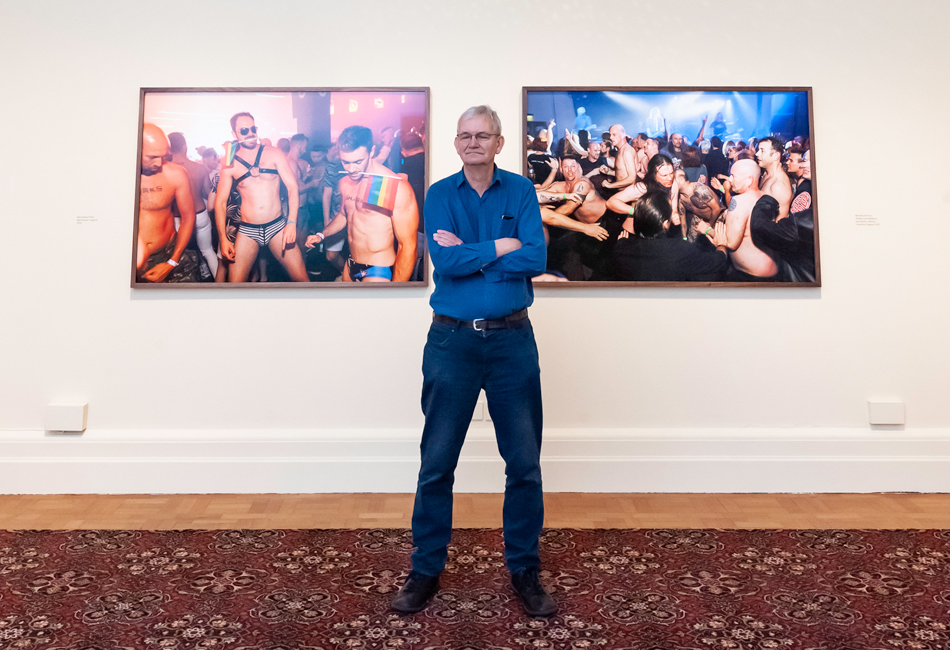 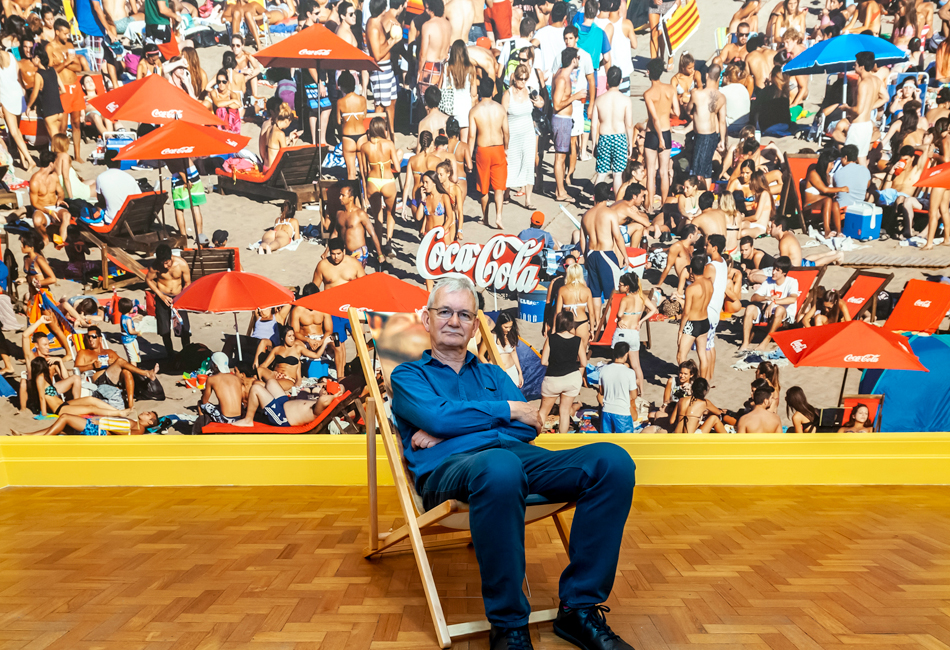