“Do you have a screen in front of you?” asks John Elderfield, Chief Curator Emeritus of Painting and Sculpture at New York’s Museum of Modern Art and a consultant at the Gagosian Gallery. Over the phone from the Gagosian’s New York headquarters, he describes the bright patches of white that appear in a series of 1980s paintings by the Dutch-American abstract expressionist, Willem de Kooning.

“I have a computer on the desk in front of me,” Elderfield continues. “We spend our time with screen light, a light from the back that comes towards us. You see that quality in these paintings.” 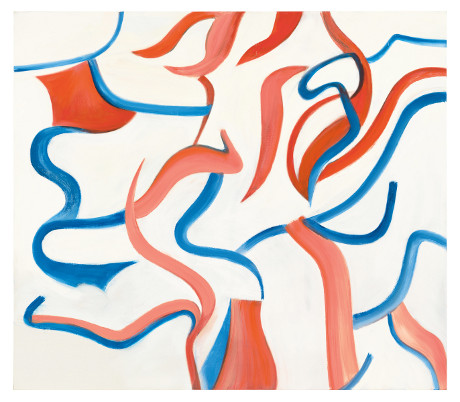 Elderfield was discussing this prescient aspect with a painter friend of his when they came upon a shared conclusion. “We both sort of said ‘well, he drew while watching TV,’” Elderfield recalls. “He really did. I’d always thought this was because he was interested in figures and movement, but also perhaps he was drawing the light.”

Now, 2013’s gallery goers can step out from behind their screens and see these works that Elderfield speaks of in a New York opening next month. Willem de Kooning: Ten Paintings, 1983–1985 is at the Gagosian’s 980 Madison Avenue gallery from November 8 until December 21. This is a commercial exhibition, instigated by de Kooning’s foundation, as it intends to build an endowment. Yet Elderfield believes the display will elevate the status of these later works, which are sometimes seen as inferior to the artist’s better known incredibly painterly, intricately overlaid creations.

“They seem very different from his earlier work,” says Judith Zilczer, the American art historian and author of a forthcoming de Kooning book for Phaidon. “He had become known for a kind of of expressionist style - an autographic, very painterly style.”

Up until this period, the artist had mixed in ingredients such as poppy seed oil to his paints, to create frothier, tackier layers. However, Zilczer says that conservators close to de Kooning raised the question as to whether these richly layered canvasses would last.

“At the beginning of the 1980s he changed his practice,” Zilczer tells Phaidon.com, “introducing a more pared-down style. The paint surfaces appear much smoother. I believe this change was promoted in part by a need to rethink his painting method, in view of advice that he was given.”

Whatever the reasons behind this change, both Elderfield and Zilczer believe the 1980s were an incredibly fruitful period for the artist. “They were arguably one of his most productive periods,” explains Zilczer, “both in terms of the quality and quantity.” Yet for reasons entirely unrelated to the paintings themselves, these more recent works have not been as highly regarded as de Kooning's earlier work. 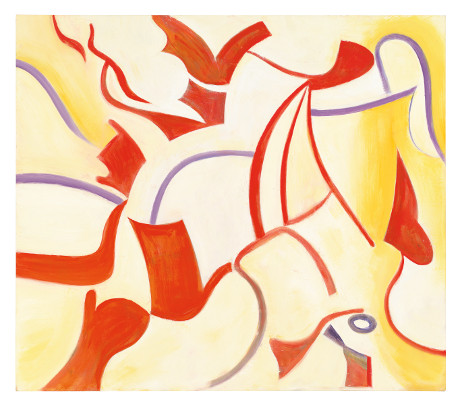 The artist, who was in his early eighties when he painted these works, went onto suffer from dementia and, as Elderfield puts it, “there was a kind of back projection onto the early eighties paintings. People would say, ‘well, of course, now we understand why they’re different.’” Zilczer agrees. “Once rumours of de Kooning's mental decline surfaced in the late 1980s, those reports coloured the criticism of de Kooning's work of the decade, although the works had been highly praised when exhibited earlier in the 1980s, before there was any talk of neurological illness.”

However, “such interpretations are misguided,” Zilczer says. “I believe his change in style was deliberate, conscious and that the works are the result of a very experienced and able artist reinventing himself.” Elderfield, who oversaw the 2011 MoMA de Kooning retrospective, also says these pieces will soon be regarded as consequential. “One way to think about them,” he says, ”is to consider another great Dutchman, Mondrian. Imagine all the rectilinear lines in Mondrian had curved and knotted up together. Also, de Kooning himself said he was a great admirer of Matisse cut-outs. There’s something of that in these.” 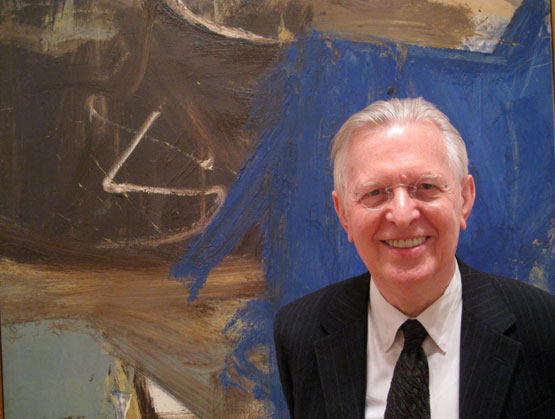 It’s this stark, bright simplicity that Elderfield describes as appealing, as well as a certain elusive quality. “There are these ribbons and lines of colour, which tend to be a of a restricted range – red, blue, orange, some yellow areas. They twist and turn and one would describe the turnings as organic,” he says, “but because he doesn’t use green they don’t resemble grass or fronds. The colours are metallic rather than naturalistic. And these bending buckling shapes create the illusion of space. It seems to buckle and shift, there’s an elusive configuration. You think, ‘Was that an arm? Was that a foot?’, and you look back and it’s disappeared. It’s just really full of wonderful surprises.”

Surprises which New Yorkers can take in first hand, next month. Find out more about the forthcoming exhibition here. To understand Willem de Kooning’s place in American post-war art, please consider buying a copy of our Abstract Expressionism book, a comprehensive survey of this epic and influential movement centred in New York in the decades following WWII. And check back soon to find out more about Judith Zilczer's brilliant forthcoming book on the painter.