What to expect from Frieze New York

The US fair promises a magic-themed speakeasy, a cemetery and the recreation of a legendary artist's restaurant

Frieze New York organisers have released detailed plans for the 2013 fair, and it promises to be as varied, engaging and as comprehensive as its debut incarnation.

Again, the British art fair will host its NYC outing on Randall's Island, in Manhattan's East River; again New York-based SO - IL Architects will design the temporary pavilion. Without getting too heavily involved in the list of 180+ galleries taking part, there's a US-EU bias, with a strong showing from the BRICs countries (Brazil, Russia, India and China) and other emerging economies too.

The most interesting announcement remains Frieze Projects. These large-scale undertakings are overseen this year by Cecilia Alemani, who curates artistic ventures on York's High Line.

In keeping with the spirit of the times, Alemani's artists aren't necessarily producing works you'd want to hang on your wall, but more places and spaces you'd like to take part in. Chief among these is Liz Glynn's undertaking: she will create a prohibition-era style speakeasy, accessible through a secret door set somewhere within the fair. Once inside, you can admire the bank-vault decor, while the bar staff serve drinks and perform magic tricks. 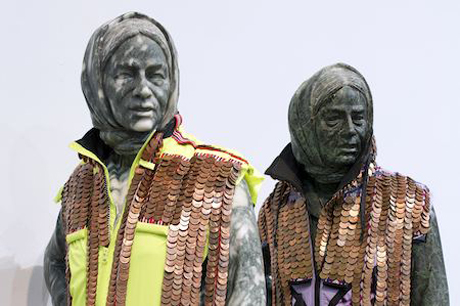 From Magical Terrorism (2012) by Andra Ursuta

Maria Loboda's project will take the form of a colour-coded garden, set within Randall Island's park; the garden will replicate a colour plate of a European design motif from the 19th Century.

Mateo Tannatt, meanwhile, will produce seven sculptures, which will be accompanied by scripted performances and written texts.

Beginning with the conceit that an art fair is like a small village, Romanian artist Andra Ursuta will create a small cemetery for Frieze New York, with marble slabs again set in Randall Island's parkland. Want to bury bad art? This is where to consign it.

Mariane Vitale takes the humble weathervane has her starting point, treating them as vernacular sculptures by unknown artists, which she then strips down and builds up, in a number of interesting ways. 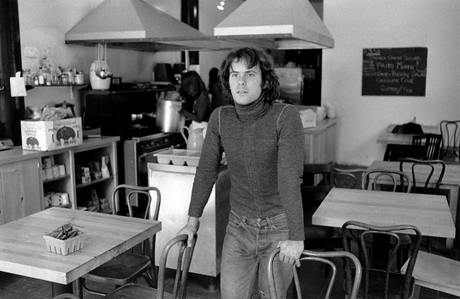 Finally, Food, the artist-run restaurant founded by the late Gordon Matta-Clark will be recreated, in a series of tributes to long-gone artist-run spaces. Here, as the fair puts it "food is made and art is discussed, inspired and produced." Grab a table this spring. The Fair runs May 10 - 13.