How Sottsass and Scarpa pushed back against modernism

The great century Italian designer and architect Ettore Sottsass and the acclaimed Venetian architect Carlo Scarpa were both born within the first two decades of the 20th century, and could have adopted modernism wholesale. Many of their contemporaries took to the rational order, clean lines and industrial efficiencies of this overarching cultural movement.

Yet both Sottsass and Scarpa resisted the urge in their own ways, as visitors to a new exhibition of Sottsass’s ceramics will learn, when it opens tomorrow at Scarpa’s Negozio Olivetti in Venice. 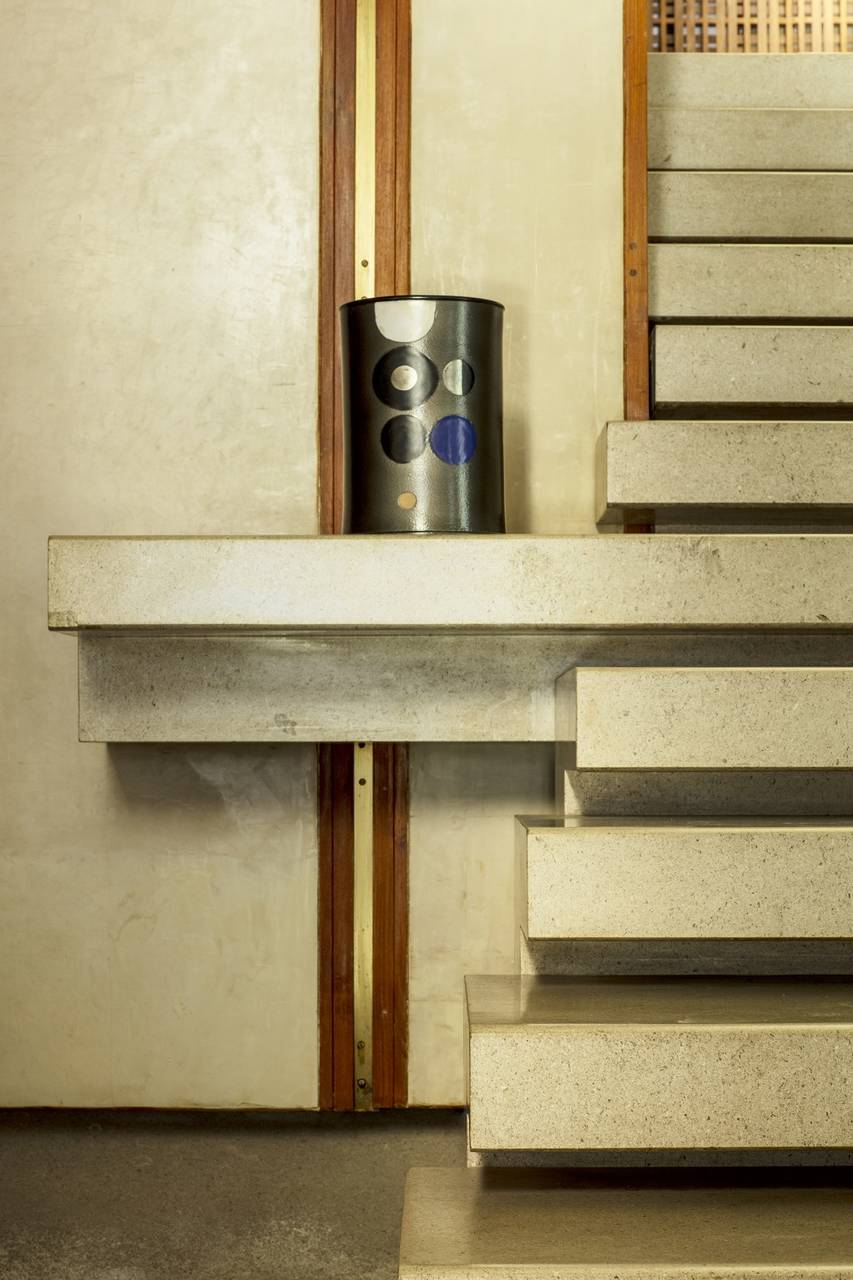 This concrete building on Piazza San Marco once served as an Olivetti showroom, and demonstrates how Scarpa still managed to adopted many new architectural techniques, while fitting his building quite naturally into Venice's antique cityscape.

“Like Michelangelo, who apparently was unable to conceive a statue’s form before seeing the stone block from which it was to be carved, Scarpa believed that the freedom to make form and space only came from the imposition of strict limitations,” writes Robert McCarter in our Scarpa book. “Nearly all Scarpa’s designs were made for complex, densely layered historical contexts, yet, rather than making the design more difficult, he paradoxically believed the opposite to be true, ‘When the context is fixed, perhaps it makes the work easier.’”

Sottsass, meanwhile, was perhaps more vocal in his rejection of modernism. He once said, in response to the rise of minimalism, “You don’t save your soul just painting everything white.” In a similar way, his ceramics weren’t cold, white vessels, but instead took lively, colourful, sometimes crazy forms, inspired by everything from his travels in India and central Europe, through to his enduring love of pop culture. His clay work served as a consequence-free testing ground for forms and colour combinations. 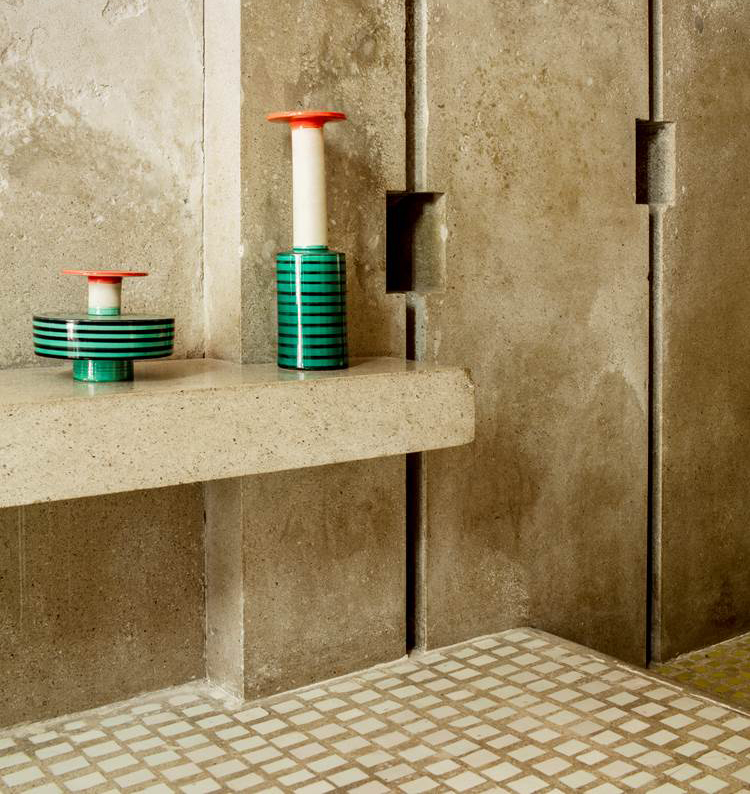 “For Ettore, ceramics were his artistic laboratory,” explains his friend and fellow designer Michele De Lucchi in our Sottsass book, “the place where he could experiment, make mistakes, invent, try, fail and try again.”

The new show, Dialogue – Ettore Sottsass and Carlo Scarpa, features a little more than sixty ceramic works created by Sottsass between 1957 and 1969. Both Scarpa and Sottsass worked for Olivetti during this period, yet there are few traces of order and overly efficient product design in this show. Instead, the design “conversation” on display at Dialogue seems to be all about how to work around the limitations of modernism, rather than excel within them. For more on Sottsass order this book; for more on Scarpa get this one.