Anthony Lister off the streets

The street artist's fine art-influenced work gets a gallery showcase

‘Street art’ is a pretty nebulous term these days. Obviously, the time has gone when it just meant ‘writing your own name in massive bubbly letters’. But the more modern idea – of work that looks like it should be on a brick wall but has been transplanted to a gallery for validation – seems equally outmoded. One of our favourite artists pioneering a third way is Anthony Lister. Having originally cut his teeth as a graffiti artist in his native Australia, over the last five years he has produced a body of work which is multi-faceted, multi-format and constantly evolving stylistically, breaking down the wall between high and low, street and gallery. In his portfolio, room-sized installations sit comfortably next to superhero-based commissions for D.C. Comics, which rub up against blacked-out faces painted on canvas and reflecting what he has described as his fascination ‘with criminology from both sides of the coin.’ 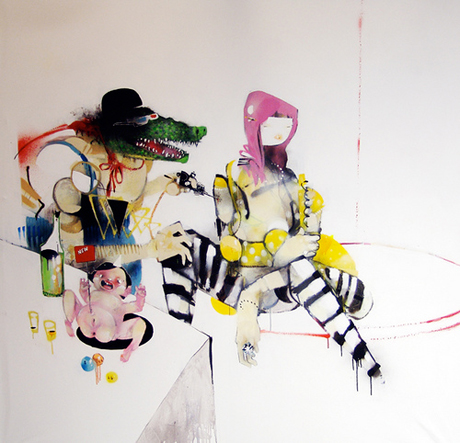 Lister’s influences were always from beyond the narrow boundaries of New York-derived street culture. "I was interested in an artist called Brett Whiteley. He turned me onto Bacon and in turn Egon Schiele and, in turn, George Bridgman," he tells Phaidon.com. "I grew up around skateboarding and graffiti, but I’ve always looked more at dead artists." He studied for four years at Queensland College of Art in Brisbane, but feels that his “best education has come from being in places I shouldn’t be.” 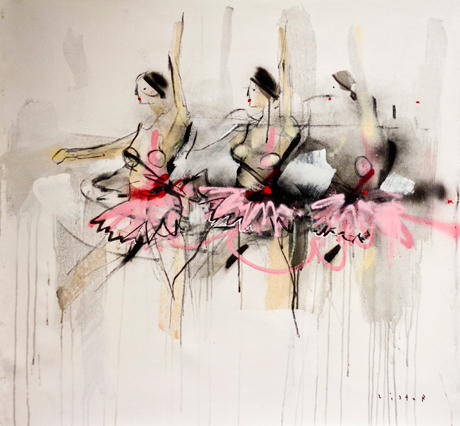 Still switching through scales and mediums (Lister describes himself as "comfortable being an adventure painter"), his recent critically acclaimed show at New Image gallery in West Hollywood was another radical leap. Presented largely unbacked and unframed, and including the portrait of van Gogh above, the exhibition largely consisted of Lister’s series of studies of ballet dancers. This was an interesting counterpoint to the recent Degas show in London, and presented a much more grimy, rough-hewn, but surprisingly delicate take on the bodies. “I am interested in culture, and society’s judgment systems on culture” he tells us when we ask about why he was drawn to them as a painter. “Ballerinas are kind of like strippers, only they don't take their clothes off. I’m interested in breaking art. I’m interested in philosophy.” 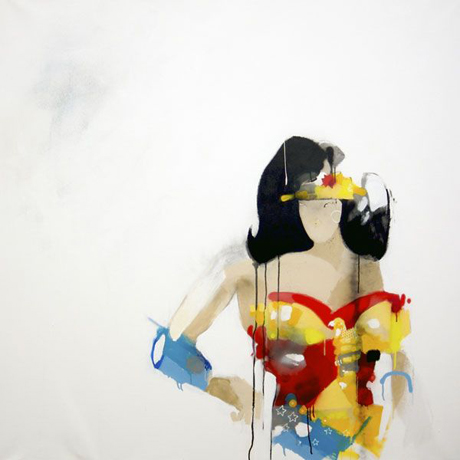 Anthony Lister will exhibit at the Outsiders Galleries in Newcastle and London W1 later this year. More information at www.listerart.com.au.

Another young painter who broke out of the street art scene to display in galleries is Conor Harrington. Read our interview with him here. Learn more about up and coming painters in Phaidon's Vitamin P2 - a dynamic overview of new contemporary painting from around the world, featuring the work of 115 international artists. Check out our books on some of Lister's influences, such as Francis Bacon and Egon Schiele. And let us know how you feel about seeing street art in galleries in the comment box below.