It’s no coincidence that Edmund de Waal’s porcelain and prose are the same colour. The ceramicist’s fired clay vessels and the vitrines that house them are almost exclusively either black and white, as are the printed pages that carry his writing.

This relationship between de Waal’s two forms of expression is explored in a series of new, intensely personal works, all made within the past year, which occupy all of the Gagosian stand at the Frieze Art Fair.

The artist told us at the fair that he sees these as “a series of elegies for people and for places.” The places include cities such as Odessa, Cernowitz and Paris; while the people include de Waal’s late Great Grandfather and the 20th century European poet and Holocaust survivor Paul Celan. 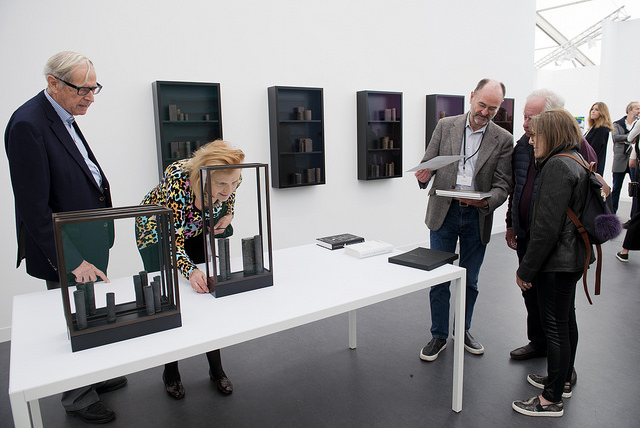 De Waal has been inspired by Celan for some time. In our 2014 monograph, Emma Chrichton-Miller describes Celan’s poems being scattered around de Waal’s studio during a visit; while de Waal quotes the poet himself in the same book, writing, “Paul Celan once described the task of the poet as ‘measuring off the area of the given and the possible’. It is a beautiful description of a space in which to think and work.” 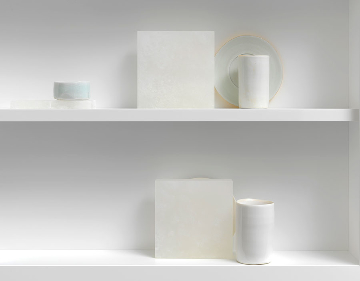 Expanding his interest, de Waal told us at Frieze, “Celan has been really important to me. He’s always dealing with memory. Celan is a poet of loss and fragmentation – he breaks up language and puts it back together again.” De Waal said that the “areas of white space in these works are very much like Celan’s use of the white page.” 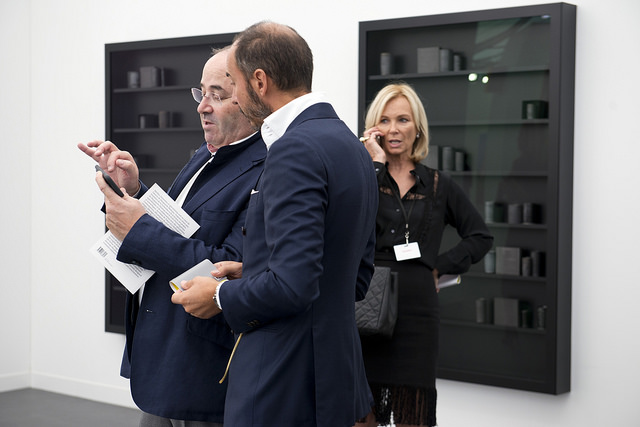 And that's something perhaps worth dwelling upon when taking in de Waal's works at the fair this week. You can learn more about this important writer and artist by ordering a copy of our Edmund de Waal monograph here; and for more on the history of ceramics, order de Waal’s other brilliant Phaidon title, The Pot Book. Meanwhile, for more on Frieze get our new contemporary art book by the fair’s makers: Frieze A to Z of Contemporary Art.