While most curators or gallery owners look to the visitor numbers and positive feedback on the works they exhibit as indicative of success, for Australian David Walsh it is a sign that soon the work must be taken off view. In a bizarre proposition for a gallery at the pointedly named MONA (Museum of Old and New Art) in Hobart, Australia, once a work has been given certain number of “loves” via a vote on a specially customised iTouch, it is apparently removed.

Counter-intuitive to contemporary curating practice, this system is not totally out-of-kilter with the zeitgeist: pop-up restaurants and word-of-mouth speakeasy-style drinking dens are de-rigueur, unofficially in existence, and gone once word becomes rife. Applied to an art gallery it creates the same “you had to be there” serendipitous experience. On top of this, the museum itself is hardly a place that one would just happen across, camouflaged with an Astroturf tennis court and situated underground in remote Tasmania where the nearby Cadbury's factory is the primary attraction. 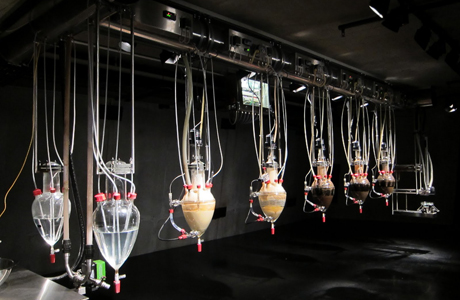 Wim Delvoye, 'Cloaca', the installation that turns food into faeces built specifically for the Museum of Old and New Art

MONA, which opened earlier this year, is the 180 Million US dollars labour of love of local man-done-good David Walsh, who found his fortune as a gambler and entrepreneur. It is designed by architect Nonda Katsalidis (who’s made a name for himself building super talls in Australia) and is filled with Walsh’s private art collection. Referring to his project as an “Adult Disneyland”, Walsh invites viewers to be simultaneously enticed, astonished and repulsed by work that explores death, bodily functions, religion, humour, and sex - the real nitty gritty of life.

Alongside Jenny Saville’s painting of a naked transvestite and Chris Ofili’s _Holy Virgin Mary _smeared in elephant dung which both had controversial receptions, Phillip Nitschke has created a _Suicide Machine _that requires you to sit in a lounge room setting and, yes, simulate your own suicide. Walsh apparently tried it out the day before the opening, and claimed it was “hard to bring yourself to do it”.

Christian Boltanski’s video piece, The Life Of C.B. (top image) is perhaps the most remarkable in the collection. Housed within a secure, air conditioned concrete bunker, it features nine video monitors streaming the going’s on in the artist’s Paris studio. Walsh has promised Boltanski a monthly fee until he dies whereupon the production of the work will, of course, cease. Boltanski has called the commission “a game with the devil.” 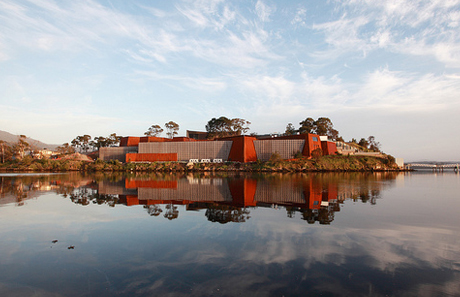 “An artist is someone who has complete knowledge of the rules of his time and, at the same time, manages to get around or modify them,” he once said; though just how he’ll subvert the rules of his arrangement with Shaw is keeping many art world insiders guessing.

Self-indulgent MONA may be - Walsh’s collection also includes seven Egyptian mummies, ten Roman mosaics, Mesopotamian cuneiform tablets and countless Greek coins - but unbound by government or investor funded red tape, Walsh’s admission-free spectacular subversion of established art etiquette quite literally invites visitors to love it or hate it. If you’re reading this David, please get in touch, we’d love to talk to you.