Hotelier Ian Schrager, actress Nora Zehetner, jewelry designer Zani Gugelmann, and models Hanneli Mustaparta and Jeisa Chiminazzo were among the guests at the New York launch of John Pawson's A Visual Inventory. The event, hosted by Calvin Klein Collection and Phaidon, took place at the flagship Calvin Klein store on Madison Avenue in New York City. The relationship between Calvin Klein and Pawson is a long one; Pawson has designed several Calvin Klein stores around the world, including the store on Madison Avenue. Pawson himself – dressed head to toe in Calvin Klein – led one guest to note, "it was an unusually stylish book launch!" 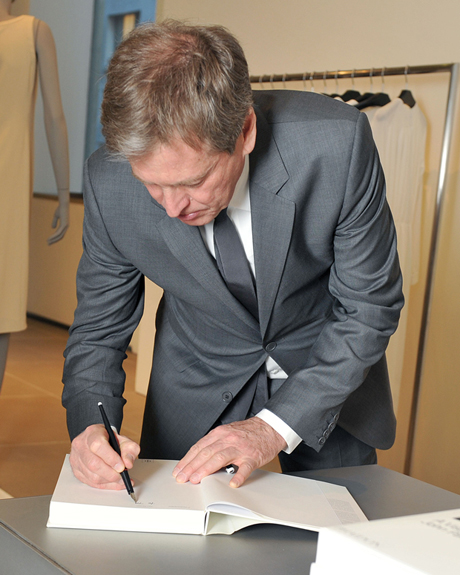 John Pawson signing books at the launch of A Visual Inventory, photo by Billy Farrell

The sleek, minimalist interior – very much representative of the architect’s aesthetic – was the ideal backdrop for a celebration of the book and Calvin Klein Collection creative directors Francisco Costa and Italo Zucchelli were on hand to introduce Pawson to some of the assembled. Ranging from a Cistercian monastery in the Czech Republic to European art galleries, from yachts to residential buildings, Pawson’s work has been celebrated around the world. His aesthetic has been hugely influential, and was the subject of a recent major exhibition at the Design Museum in London. 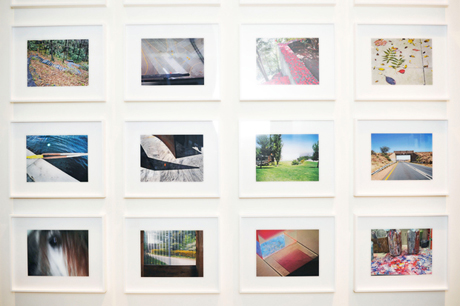 Writing in The Observer, Rowan Moore credited him with changing the direction of design: “(Pawson) emerged in the Eighties, in a time of postmodern gaudiness, classical revivalism and collapsed faith in the ideas of modernist architecture. He was a breath of fresh air.” A Visual Inventory is a collection of photographs drawn from nearly a quarter of a million images, taken by the architect using a digital camera. Pawson edited down his archive to 272 images, which are shown in pairs placed on facing pages. Each image is accompanied by an extensive caption explaining its origin, resonance, or visual logic. 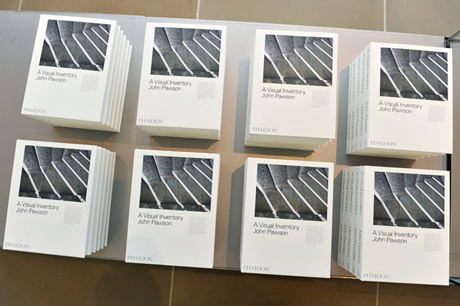 The result is a document that communicates not only Pawson’s creative process (he often uses digital photographs in order to communicate ideas to both colleagues and clients), but also acts as a manual to retool our ways of seeing and looking at images. John Pawson's A Visual Inventory is available in the store now. There are also a limited number of signed copies but be quick - they're extremely limited.