It was during the depths of the Great Depression of the late 1920s and 30s, when around 15 million people were out of work in the US, that Dorothea Lange - born this day, May 26, in 1895 - took to the streets with her camera. Lange's photographs did much to humanise the awful consequences of the Great Depression and greatly influenced the development of documentary photography.

Born Dorothea Margaretta Nutzhorn, Lange dropped her middle name in favour of her mother's maiden name when her father abandoned the family when she was 12-years-old. At the age of seven she had contracted polio which had left her with a permanent limp.

"It formed me, guided me, instructed me, helped me and humiliated me," Lange once said of her resulting altered gait. "I've never gotten over it, and I am aware of the force and power of it."

Lange took the photo Migrant Mother in California in 1936. The woman in the photo is Florence Owens Thompson. As The Photography Book reveals, Florence was discovered by Lange at an iced-up pea picker’s camp in the Nipomo Valley in California at the end of the photographer’s extensive journey through Southern California, New Mexico and Arizona. 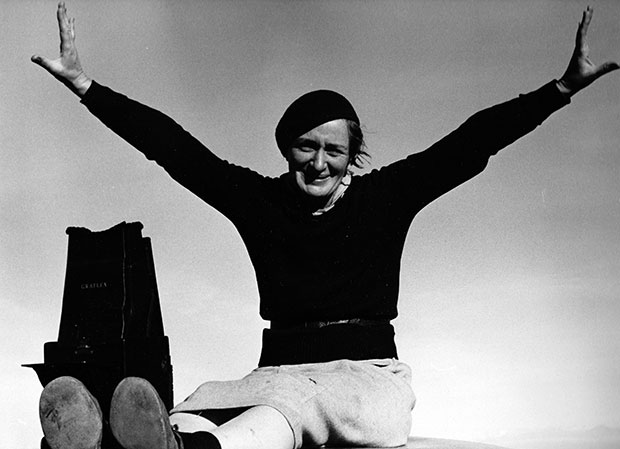 The woman was thirty-two and living in a tent with her children. She had just sold the tyres from her car to buy food, and told Lange that her family was living on frozen vegetables from the fields and on birds killed by her children.

The photograph was one of five taken in March 1936. Roy Stryker, who organized the documentary work of the Farm Security Administration, thought of it as the organization’s ultimate image. Here, as elsewhere, Lange shows herself to be a realist, holding to the idea that one understands and sympathises with other people more through physical contact than through analysis.

Lange's use of studio portrait techniques - capturing the moles, squint, worry lines and wrinkles of the mother - while out in the field, add to the devastating power of the shot for which Lange recieved a Guggenheim Prize in 1941.

Lange spoke about her experience taking the photograph in an interview in 1960. "I saw and approached the hungry and desperate mother, as if drawn by a magnet. I do not remember how I explained my presence or my camera to her, but I do remember she asked me no questions. I made five exposures, working closer and closer from the same direction. I did not ask her name or her history. She told me her age, that she was thirty-two. She said that they had been living on frozen vegetables from the surrounding fields, and birds that the children killed. She had just sold the tyres from her car to buy food. There she sat in that lean-to tent with her children huddled around her, and seemed to know that my pictures might help her, and so she helped me. There was a sort of equality about it.”

When Lange returned home she contacted the editor of a San Francisco newspaper and told him about conditions at the camp and gave him two of her photos. When they were published the government rushed 20,000lbs of food to the camp. Truly a photograph that changed the world. heck out more of them in our Dorothea Lange 55 book, Photography Today and The Photography Book.