Zbigniew Rogalski - Why I Paint

Zbigniew Rogalski’s ongoing concern with optical effects and illusion is rooted in the relationship between photography and painting. Just as the optics of a camera lens skew, distort and displace objects in view, Rogalski’s paintings embody a similar sense of parallax distortion. In his eyes, he is a director of paintings, manipulating and conflating intentions and effect within the pictorial surface of his canvases.

In 2003 Rogalski began a series of paintings of finger-written text (often names of his influences) in condensation-covered mirrors or foggy glass. In Untitled (Björk), 2003, a form of self-portrait, the figure of the artist is reflected in the veiled surface of a mirror. Written onto the condensation soaked glass, within the soft focus reflection and physically in the expressively painted figure are the loosely configured letters ‘B J O R K’. Through the haze we can further make out the silhouette of a camera: the agent of the image looks back at us.

In more recent paintings, such as London, 2014 and Moscow, 2014, Rogalski has concentrated and honed this sense of visual disturbance within the image. Positioned somewhere in between abstract typography and the graphic, digital distortions of aftereffects, such works marry the traits of a photo-realist painter with a seemingly unstructured, free hand imagination. Compositing together disorientating angles, the abstract words defy the accepted rules of linear perspective. There is a sense of the cinematic to these works, like frame grabs from an animation, yet coupled with their faltering legibility and veneer of post-production, they remain elusive: inconsumable. Here, the Vitamin P3-featured painter tells us what interests, inspires and spurs him on. 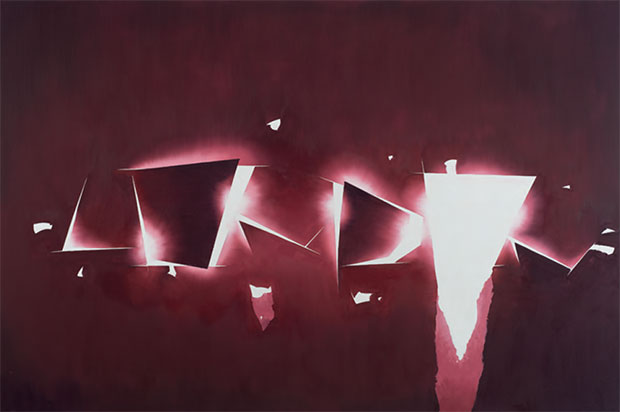 Who are you? Imagine a point where many lines intersect. I’m there, in the middle, between extreme concepts and opposing values. On the map of political systems, mental and social states, I occupy a spot somewhere between the East and the West. Beyond the border to the right, there lies sealed off Belarus, unpredictable Russia and bleeding Ukraine, to the left is Germany, Europe’s wealthiest state that rests on a system of uncertain democracy. Poland has historically served as a buffer in between the subsequent wars. It is a Styrofoam wall ridden with bullet holes through which you can still smell this absurd tension. Trying to find a rational justification of my atheism, I’m floating in a pool of honest darkness, exposed to the destructive light of religion, belief and superstition. Family, friends, art, educational work on the one hand, doubt, feeling of illusion and unanswered questions on the other - and me in the middle.

What’s on your mind?  I can’t shake the feeling that the recent months have restructured my reality. Seen from a geopolitical perspective, the world is bursting at the seams. While it’s not something new, I sense that the safety zone is becoming increasingly narrow. I’ve been watching more news recently. It has a potential for representation - not in terms of interpreting the content - but representing things abstract. I’d like to filter out the events and look at this flashing music video of human drama like one looks at a still life or a composition. Perhaps this is just a way to deal with the violent changes. In this sense art, even the kind of art concerned with aesthetics, even abstract art, must change too. 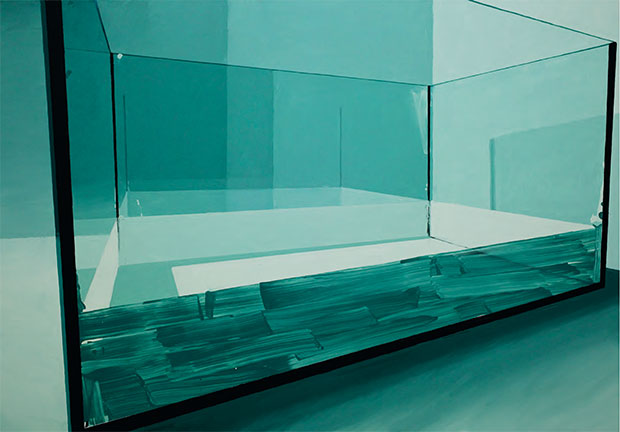 How do you get this stuff out?  I try to contemplate the media hysteria as intensely as I experience the everyday life. There are sparks of intriguing visions I carry in me to see if they die away. If one of them resists the torrent of events, I set out to develop it visually.

How does fit together?  It depends on the distance covered from the impulse to the final result. Some visions could be translated into images almost directly, others require patience and trying out different variants. Others still do not yield to this treatment. As far as I know, artists have a great deal more ideas than they do works.

What brought you to this point?  Everything is connected. The place I’m at now is the resultant of different actions and coincidences. It is a total sum of good and bad decisions. Perhaps my present condition was influenced by a thought of an unknown ancestor a thousand years ago. But this is already a realm of convoluted ontology.

Can you control it?  If you’re making art about yourself making art then, of course, you can control it. If you open up to the world, its processes and you as part of this movement then, no not really. You can focus and select, but control this whole universe?

Have you ever destroyed one of your paintings?  Of course, more than a few. The reason is quite pragmatic: there are too many images in the world, but too few good ones.

What’s next for you and what’s next for painting? I’m about to start work on a diptych that’s still a big question mark for me - which saves me from routine. I don’t know what will happen in my home, on my street, in this whole universe, so I really can’t tell what’s next. The plan is not to go crazy. Painting has been killed and declared dead a number of times but it’s doing quite well, for a zombie. Sometimes I really doubt if the point is for painting to evolve. As in other areas of culture, I don’t wait for new trends. Everything unfolds simultaneously. I’d rather focus on honesty and intensity of expression. This is one of the few genres where individualism counts. 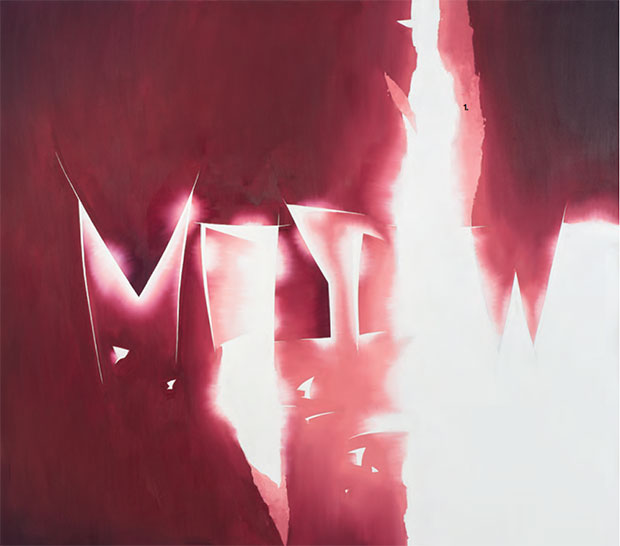 Find out more about Vitamin P3 New Perspectives In Painting here. Check back for another Why I Paint interview with a Vitamin P3-featured artist tomorrow. And if you're quick, you can snap up works by many of the other painters featured in Vitamin P3 at Artspace - the best place to buy the world's best contemporary art. Finally, be sure to check out more of Zbigniew's work at Raster Gallery.