JR puts a face on the TED 2016 Virtual Reality event

Well, a set of eyes at least. Find out how the artist buddied up with Chris Milk to help VR users gain a little empathy

Virtual reality might seem like the most escapist form of entertainment, yet can this new medium bring real-world events into sharper focus? That’s certainly the American filmmaker, video director and VR pioneer Chris Milk’s intention.

Milk, who has produced videos for such artists as U2, Kanye West and Arcade Fire, and had his work shown at MoMa and the Tate, has also taken virtual-reality camera equipment into Syrian refugee camps, filming the lives of their inhabitants, in order to offer a more empathetic, personal view of this important global news story. 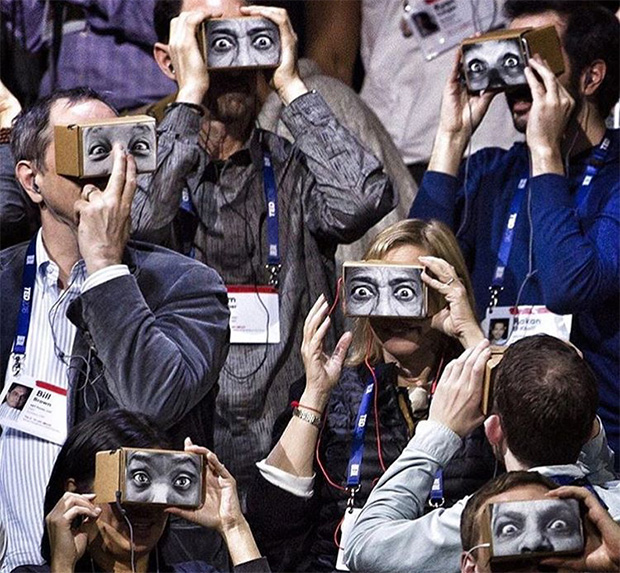 A few days ago, at a TED 2016 event in Vancouver, Milk invited attendees to view some of that footage, which he edited together with parts of the French artist JR’s debut virtual-reality film, Walking on New York, filmed last year from a helicopter hovering over Manhattan.

The combination of VR thrill ride, combined with a more serious message seems to suit this nascent medium. “We’re just at the Train Coming into a Station, “ said Milk, making reference to the 1895 film by the Lumière brothers which thrilled early cinema goers. “We’re not quite going to have Citizen Kane next year.” 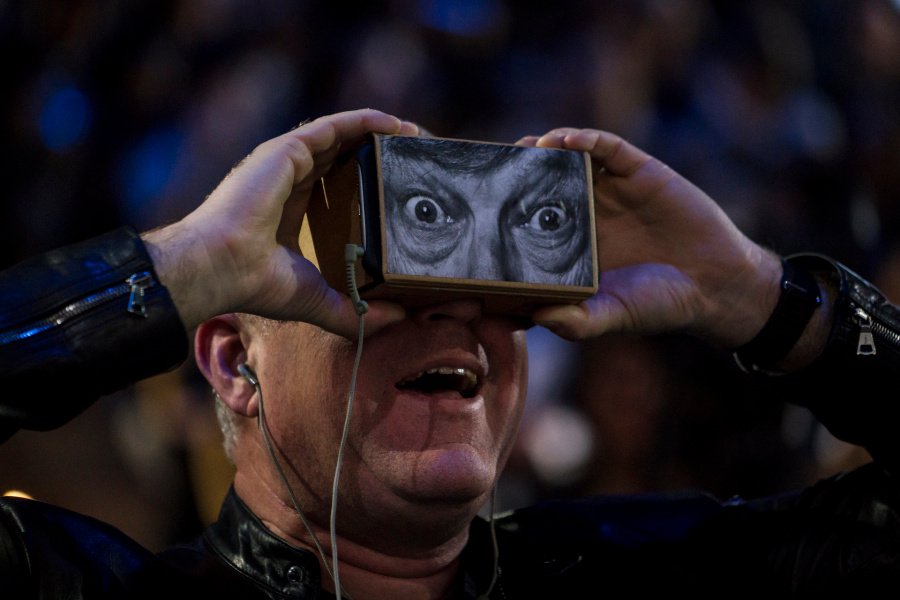 To make the whole experience a little less faceless, JR also plastered the cheap Google Cardboard headsets – each of which accommodates an ordinary smartphone – with his signature eye images, allowing the TED audience not only to see the world from the viewpoint of those less fortunate than themselves, but to also 'gaze' at one another with the stare of, say, a 85-year-old Turkish woman, or a Kenyan slum dweller - further evidence, if any were needed that, as JR believes, Art Can Change the World.

For more on the event, go here, for greater insight into this important contemporary artist, buy a copy of our JR monograph, Can Art Change the World? here.