The fine art of computer code

“I learned to program computers so I could explore my own ideas, rather than learn about others,” says artist and software developer Casey Reas. His beginnings as a software writer led to him creating Processing, an open-source coding language which broadened the possibilities of creative expression. His idea built upon the practice of John Maeda, a Japanese-American computer scientist and graphic designer whose project Design by Numbers brought art and technology together. Now a UCLA professor, Reas shows others how to "draw with code" exploring further the idea of emergence, i.e. combining coded rules to create something unplanned. 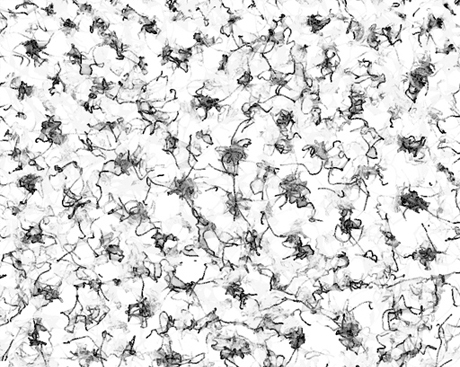 "Stereotypically, [computers] are such calculating, precise machines. Being able to allow unexpected things to happen is an exciting way to work with them" - he explains. The artist's software, prints and installations all embrace the qualitative human perception and the quantitative rules that define digital culture. 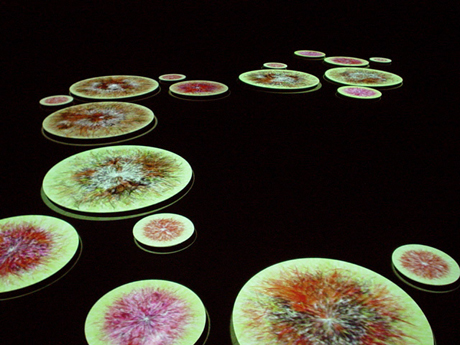 “I was originally obsessed with natural forms and motion but I don’t try to emulate any natural systems; instead my work represents minimal abstractions. Ideally the images walk the line between synthetic and organic. I want them to engage in the growing consolidation of these historically opposed qualities.”

Reas's recent collaboration with a London-based designer, Tal Rosner, is a perfect example of such a blend of the synthetic and the organic. Chronograph is a software mural projected onto a 7,000-square-feet wall of Frank Gehry’s New World Symphony building in Miami that takes inspiration from the art deco neighbourhood of Miami Beach. 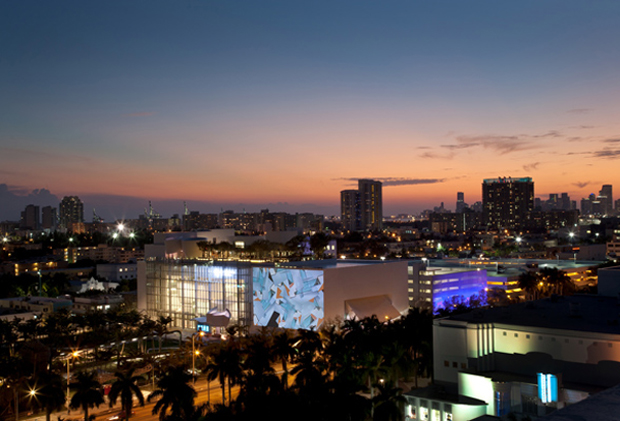 If you want to find out more about the pivotal role new technologies have played in recent artistic innovation, Phaidon's Art and Electronic Media has it covered. And be sure to check out Defining Contemporary Art for some real era-defining art.