With its Philippe Starck interiors and Art Deco architecture, guests at the Delano hotel on Miami Beach could be forgiven for thinking they had walked onto a movie set. Next month the line between real life and the big screen will be further blurred, when Art Basel Miami Beach (December 6-9) comes to town.

For the duration of the fair, visitors to the Delano will be able to visit Silencio, the Mulholland Drive-inspired club that film director and painter David Lynch opened in Paris last year. Far from a simple brand-extension exercise, Lynch designed the French club's furniture and interiors, selected the books for the club's shelves (including one or two by Phaidon - thanks David) and the films that would be shown. 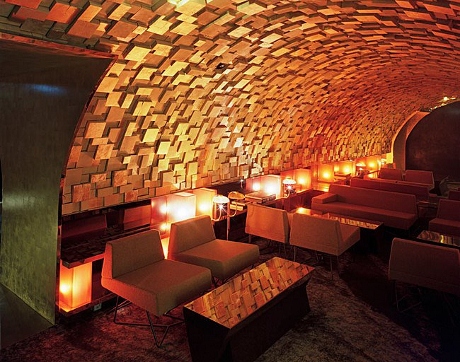 But this isn't the first time Lynch's club has popped up here and there. There have been momentary Silencios at the Cannes Film Festival and at the Serpentine Gallery's Future Contemporaries Party.
Certainly, it sounds like a refined alternative to the mega-discos Florida is better known for; only don't expect an appearance from the great man himself.

As with the Parisian incarnation, Lynch isn't promising the presence of “a Warhol-like guru,” just the mise-en-scene of contemporary art-house film noir. You might be happy to find out that Lynch is one of the many acclaimed directors in our Masters of Cinema series of books - any one of which would make a perfect stocking filler for your favourite film buff this Christmas.