Zaha Hadid has fallen foul of a campaign by prominent Japanese architects protesting against the scale of her 80,000 seater National Olympic Stadium proposal. The design for the stadium (original story left) has provoked the ire of Fumihiko Maki who has pulled together a group of architects including Toyo Ito, Sou Fujimoto, Kengo Kuma and Riken Yamamoto to speak out against Hadid's winning competition entry.

Sou Fujimoto told the Architects' Journal that Hadid's construction will be "too big" in relation to its surroundings. The meeting, entitled Re-thinking the New National Olympic Stadium in the historical context of Gaien, takes place today. The architects are keen to stress they're not out to overturn the project just to temper certain aspects of it. 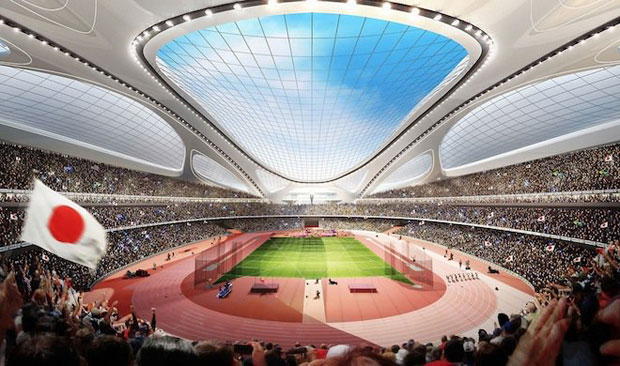 "I hope that this protest is successful in shrinking the design to fit the context," Fujimoto told AJ. "I'm not fighting Zaha. The competition for the stadium was very rigorous and we can't overturn everything. But the design could be better." Fujimoto is concerned that the size of the structure will dwarf the structure around it. These include Kenzo Tange's iconic 1964 Olympic stadium. More next week. Meanwhile don't forget to check our great Toyo Ito book in the store.