Edmund de Waal hasn’t ever had to travel under duress, as his Jewish ancestors once did, yet the writer and ceramicist has travelled quite a bit recently, giving talks and staging shows, and his trips, to Austria in particular, made him think "of what it might mean to be an émigré and build a house, to question what you bring with you when you start again so definitively."

Herein lies the inspiration for his new show at one of the most famous émigré-built dwellings: the Schindler House in Los Angeles. The Viennese architect, Rudolph Schindler, questioned almost everything about domestic conventions when he built this landmark of West Coast Modernism in 1922. The house, made for not one, but two families, is devoid of clearly defined living, dining and sleeping quarters, and was, instead, conceived as a modular, changeable live-work building. 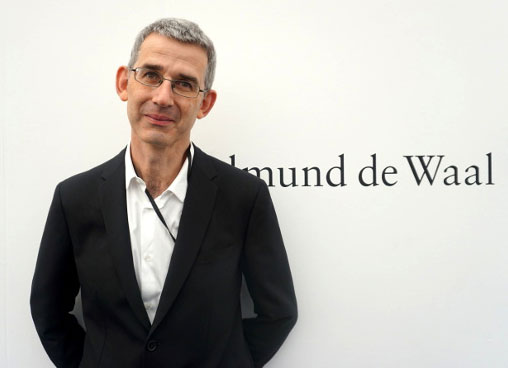 Much of de Waal’s work relates to specific places, and he has been inspired by the Schindler House in the past. His 2016 exhibition Ten Thousand Things, at the Gagosian gallery in Los Angeles, focussed on John Cage’s time spent there. However, de Waal’s new exhibition, opening in inside the House on 15 September, is both more universal and more personal.

The house, as the artist sees it, “is an idea about beginnings. It stands as an attempt to create a place for both cooperative living and cooperative practice, to reset the conditions in which a modern family could live and experiment.

Edmund doesn’t plan to move in, but his show will include recent works which respond directly to the materials and spaces of the house, as well as a sound piece made with the British composer, Simon Fisher Turner,which brings the sounds of Vienna to this remarkable house in West Hollywood.

For more on Edmund’s work, order this book; for more on émigré, try this one; and for more of the West Coast’s modernist architecture, take a look at this.