The art of Umayyad period Spain

How al-Hakam II installed in the Great Mosque, a room-sized mirhab, among the most beautiful in the Islamic world

The Art Museum contains within its pages the finest collection of art ever assembled in one place. It covers all genres, all places, all ages, from ancient engravings to contemporary masterpieces. Comprising  25 “galleries” and 450 “rooms”, with particular works pulled out by the editors for more detailed scrutiny, this a volume into which you could dip, on and off, for years – impossible to take in all in one sitting, it's the visual companion of a lifetime. It's compendious yet extremely accessible, beautifully laid out and signposted.

Even the most seasoned gallery visitor will find new portals of artistic experience open up to them as they navigate through these pages. One such example might well be the art of Umayyad Spain, from the tenth and eleventh centuries, when the Islamic empire stretched all the way to the West. 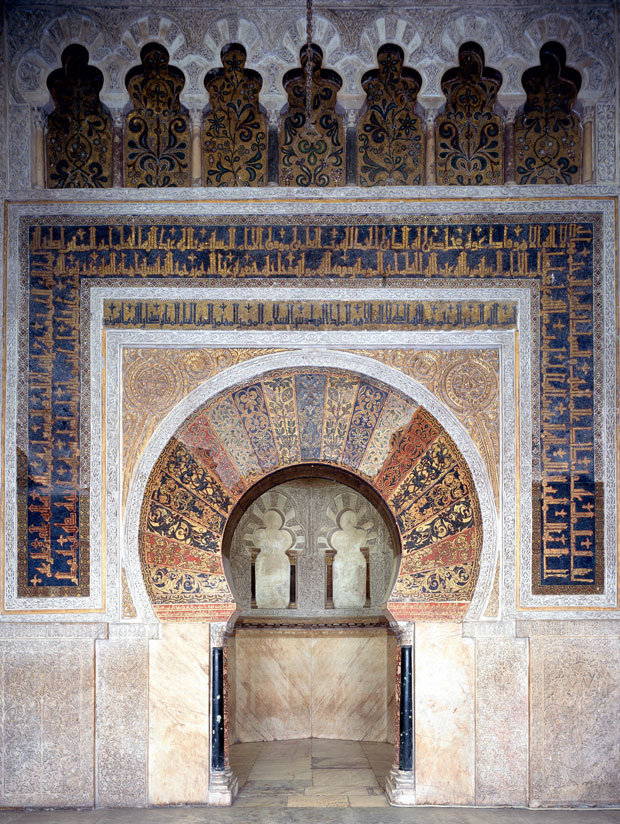 Abd al-Rahman I had arrived in Spain in 756 and established a capital at Cordoba. There, he built a mosque, initially a simple structure which was expanded as the Umayyads' power grew. Between AD 961 and 976, al-Hakam II, who had by now taken over the Caliphate in Cordoba installed in the Great Mosque a room-sized mirhab, among the most beautiful in the Islamic world and the image of which is one of the most beautiful and awe-inspiring in this book. Its coloured mosaics, created by Byzantine artists and interspaced with carved stucco are a visual celebration of both the material and spiritual triumph of Islam, a glory to behold.

And so, further to the sheer range of works offered in The Art Museum, it also provides us with a host of initiations. Having seen and learned about this mihab, who would not want to discover more about early Islam in the West?

Want to learn more? Then check out The Art Museum in our online store.