The Bouroullec Brothers, Foster + Partners and Zaha Hadid all included on this year's shortlist

The nominees for this year's Designs of the Year Awards at the Design Museum have just been announced. They include Barber Osgerby's Olympic Torch for London and Alexander McQueen creative director Sarah Burton for the Duchess of Cambridge's Wedding Dress.

Some of our favourites include Assemble CIC's Folly for a Flyover and United Visual Artists', _High Arctic _interative exhibition held at the National Maritime Museum in London, both of which have already featured on Phaidon.com. Architect John McAslan's restoration of The Iron Market in Port au Prince, Haiti has also been nominated. In July we gave you a first look at McAslan's dramatic King's Cross Terminal. 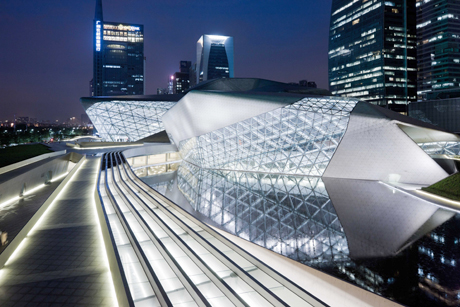 Meanwhile, British architectural firm Foster + Partners' design for the world's first commercial spaceport Spaceport America (the first flights from which are scheduled for 2013) in the New Mexico desert has also been nominated. 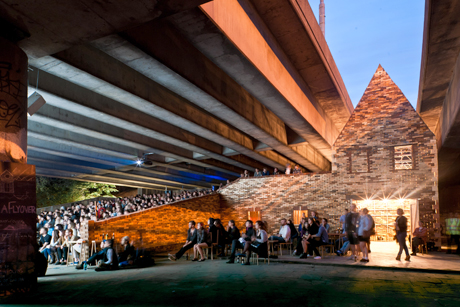 We were not surprised but very happy to learn that the Bouroullec Brothers (Ronan and Erwan) have two designs shortlisted. One nomination is for the wooden seating collection Osso created for Italian furniture company Mattiazzi. Their other nomination is for the expansive _Textile Field _upon which we enjoyed lounging along with other visitors while it was in the breathtaking surrounds of the Raphael Gallery in London's Victoria and Albert Museum during London Design Week last fall. (Watch a video of _Textile Field _being built here.)

All the nominations will be on show at the Designs of the Year exhibition at the Design Museum from February 8 until July 15. A jury will select a winner for each category as well as an overall winner for the Design of the Year 2012 which will be announced at the museum on the evening of April 24.

Visit the Design Museum website for the full list of nominees for the 2012 Designs of the Year Awards. 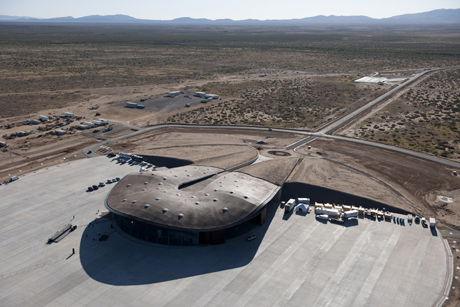