We're actually surprised it took them so long to get round to it but The Campbell Soup company has just unveiled a line of cans inspired by Andy Warhol’s 32 Campbell's Soup Cans artwork. Theyr'e in a limited edition (actually 1.2 million) and are available at Target stores in the US starting this Sunday. The cans will come in four colour schemes featuring famous Warhol quotes.

Warhol famously painted his soup cans in 1962. However, the company was not initially amused. In fact Campbell initially considered suing him but on realising the goldmine of brand awareness it the art work had created, it relented in 1964 and sent Warhol a couple of cases of the stuff. The company's marketing manager wrote in the letter to Warhol: “I have since learned that you like Tomato Soup so I am taking the liberty of having a couple cases of our Tomato Soup delivered to you.”

Later that same year, Campbell commissioned Warhol to do a painting of a can of Campbell’s tomato soup as a gift for its retiring board chairman, Oliver G. Willits. Warhol was paid $2,000 for the work. Campbell has actually sold Warhol-inspired cans on two other occasions but on a much smaller scale. In 2004, the company sold 75,000 four-packs of Warhol-inspired cans at a Pittsburgh supermarket and in 2006 the company sold 12,000 cans at Barney's in New York. Check out all our great Andy Warhol content. 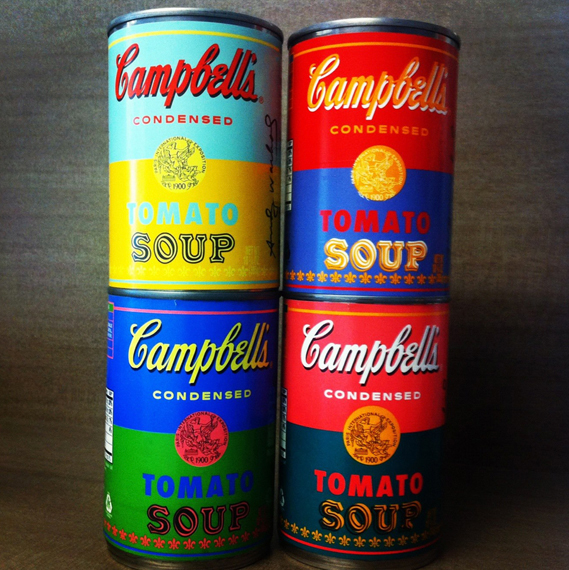