Richard Prince has been showing some very well-received new work at 303 Gallery in New York lately. However, the text accompanying the show gives little away as to the thoughts and processes behind the pieces so, being big Richard Prince fans, we were pleased to come across an interview with the artist conducted by Sonic Youth bassist Kim Gordon. You may remember that the band used one of Prince's Nurse paintings for the artwork of its 2004 album Sonic Nurse. The new body of work  is more minimal than anything that Prince has done before and is for the most part, composed of newspaper, rubber bands, staples, and acrylic paint.  Each painting is essentially a line drawing of a simple, yet complex shape.

"It started out pretty silly," Prince tells Gordon in Interview magazine. "I asked myself a question: If Hollywood cast the part of an artist, what would they have the artist do in the movie? It sort of started that way. And I thought whatever Hollywood would have an artist do would be pretty simple and kind of stupid. My daughter had braces at the time, and I would find these tiny little rubber bands that were always popping out of her mouth. So that gave me an idea. I used the bands to make the letter O. Then I started to write the word “asshole” around that letter, and I decided to call them “the asshole paintings.” That’s how it started. 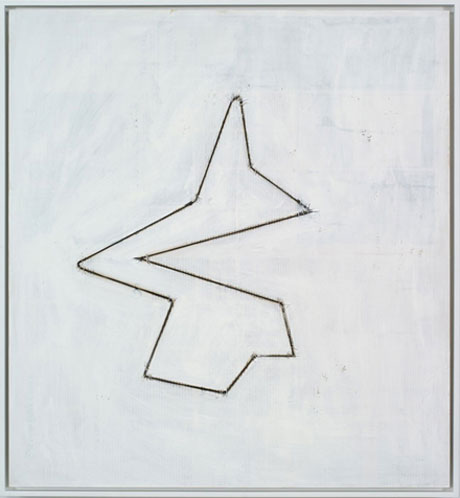 "I dropped the Hollywood part. And then one day I decided to work with a larger rubber band. I decided to find out everything that had to do with rubber bands. And then one day, I stretched the rubber band I was using and I wanted to make the shape stay, and I realised I couldn’t stick it on with paint, that wouldn’t hold it, so I just picked up my staple gun and stapled it. The two gestures were married that afternoon. It was kind of a lightbulb moment. And somehow the blackness of the band created a line that didn’t look like a rubber band anymore. It became part of the surface. It’s just whatever. You can do them pretty quickly, too." 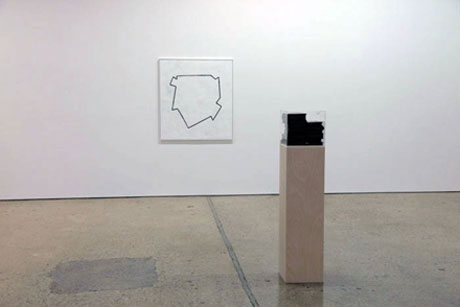 If you're a fan of Richard Prince's work you really should check out our monograph on him. It features some pretty revealing writings by Prince himself, a thorough survey by Rosetta Brooks, an interview conducted by Jeff Rian and a focus on the artist by Luc Sante. After reading it we're sure you'll agree that Prince is being just a little too self-effacing when he describes his art as just "knocking about in the studio and bumping into things." 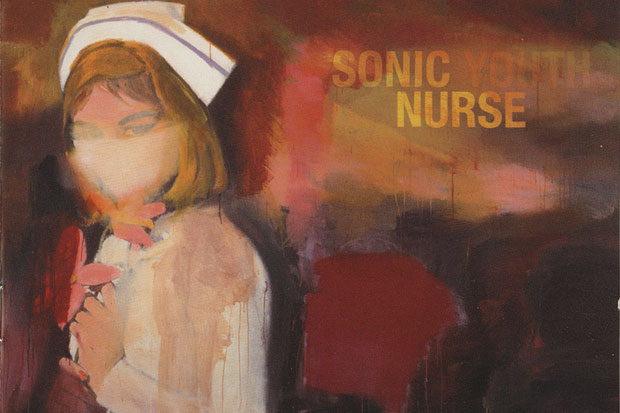