In 1972 the young US photographer Stephen Shore left his hometown of New York to travel to Amarillo, Texas.  The photographer took a simple Rollei 35 point-and-shoot camera to document his travels. These, simple, off-hand, colour pictures, processed at neighbourhood drugstores, were subsequently acquired by the Metropolitan Museum of Art and later published as American Surfaces, a masterwork of 20th century US photography.

Then, the following year, Stephen Shore set off again. However, on his road trip, rather than packing a simple 35mm Rollei, he took a far more cumbersome, large-format camera. This piece of equipment required patience and technical expertise, though it was far better suited to capturing wider landscapes and detailed architectural details. With this camera, Shore shot a series of road-trip images that were very different in tone and composition.

Entitled Uncommon Places, the photographer set out to capture “the built American environment,” capturing an LA gas station with all the composure and majesty of a Claude Lorrain painting. 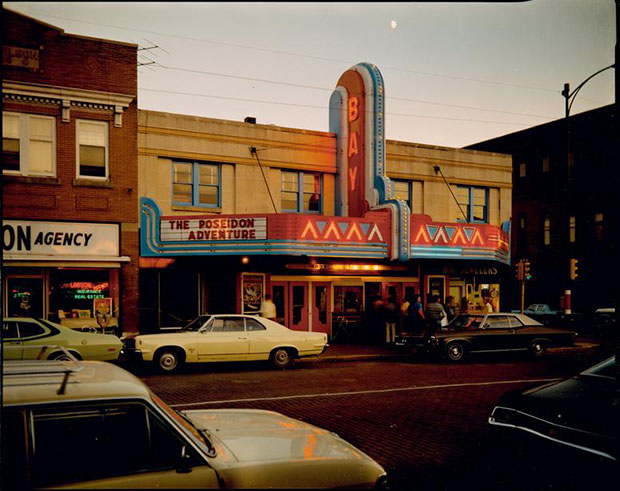 Over the subsequent four decades, both series of images have established their places within the canon of visual arts. Yet, in an age when we're more likely to view a photograph as an instagram JPEG, rather than a large-format colour print, the magnificence of Shore’s more considered, later series is perhaps lost of contemporary audiences.

“These pristinely conserved early works demonstrate Shore’s original intention and vision through the preservation of the original paper, scale, and palette,” the gallery says. “Each vintage print fittingly conveys an authentic atmosphere of the 1970’s, not only through Shore’s chosen imagery, but also through the object and colour quality of each print.” 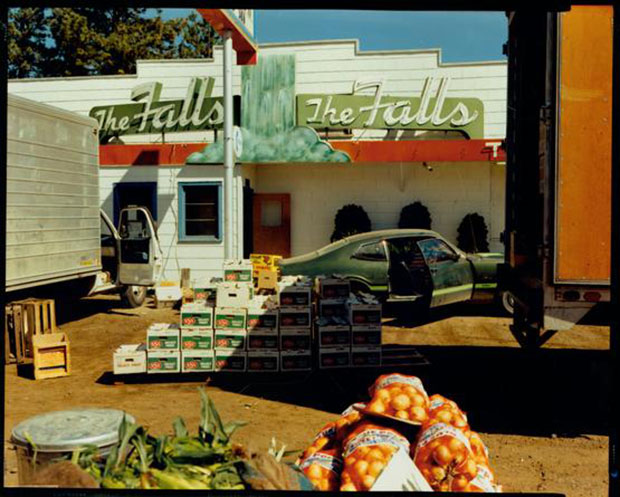 For more on these 20th century takes on the Old Master tradition go here; for greater insight into shore’s life and work, take a look at this monograph, this road-trip journal, and these books.