The British designer and contributor to The Gardener's Garden on vision, mistakes, and his own 'corner of shame'

Dan Pearson is about as famous as a gardener can get. Over the past few decades the garden designer, who is featured to our new book, The Gardener's Garden, has written for the British broadsheets, and appeared on numerous gardening programmes. Yet, perhaps most impressively, he is also the horticultural practitioner that leading designers in other fields turn to first; Pearson has designed gardens for Jonathan Ive and Paul Smith, has worked closely with such architects as Zaha Hadid and David Chipperfield, and serves as horticultural adviser to Thomas Heatherwick on his proposed Garden Bridge over the Thames in London. Ahead of his talk at Hauser & Wirth Somerset on 22 January, we quiz Pearson on his preparations, what amateurish mistake most people make when planning a garden, and what was the last plant he killed. 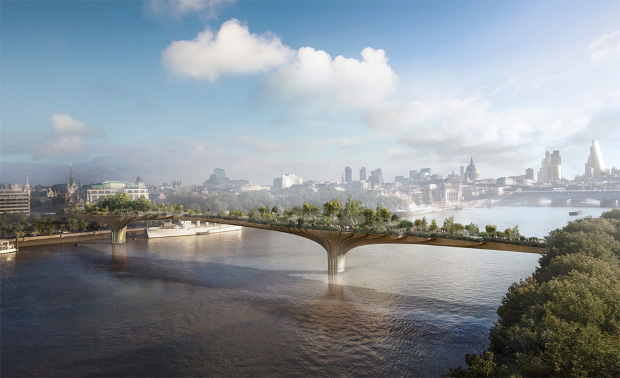 Thomas Heatherwick's Garden Bridge renderings. Pearson is an adviser for this project

You're doing a talk at Hauser & Wirth next January, entitled, The Garden as Vision. What will you say?

"I will be talking about how all gardens are the result of a vision in some sense, and how the strength of that vision is what creates an authentic sense of place.

The first large scale garden I created at Home Farm came from a combined vision of mine and the client, Frances Mossman – my vision was to use ornamental plants in a way that I had seen native plants growing in the Himalayas and Israel, and Frances’ was to create a garden where the boundary between cultivated spaces and the landscape was blurred.

I will be looking at several of my projects with this perspective including the Millennium Forest in Hokkaido, the vision of an extraordinary businessman and entrepreneur, and of the Garden Bridge, the most recent project on which I am working which is the result of the vision of both Joanna Lumley and Thomas Heatherwick."

What's the one amateurish mistake most people make when they're planning a garden ?

"Not being bold enough. This might mean dividing a garden up into too many small spaces, or using too many different species of plants, or combining a number of incompatible garden styles. Simplicity is achieved through paring things back, so reducing the number of divisions in a garden (i.e. a very fully planted space and an empty space) makes for a stronger space and experience. Investing in one large mature tree, or a huge sculptural pot, or a focal water feature are also ways of making a bold statement, which makes a space have a memorable sense of place." 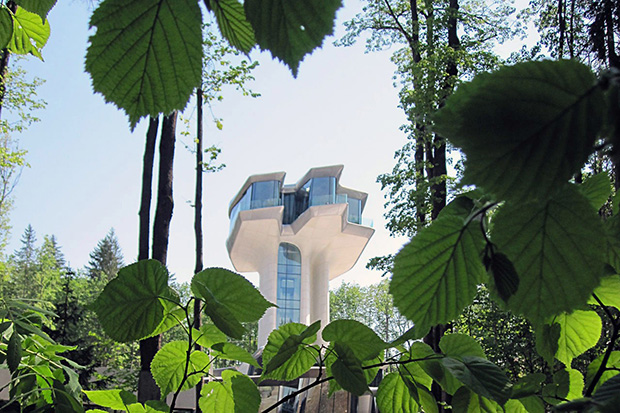 Tell us about making a garden for that Zaha Hadid house in Moscow. It looks amazing.

"That was a very interesting project inasmuch as it wasn’t a commission to create a garden, rather to recreate a version of the pre-existing boreal woodland, which was largely removed to allow the house to be built. It was very much a healing exercise, where fully grown native trees were planted to come right back up to the house, heightening the slightly surreal feeling that it had somehow just dropped out of the sky. It was exhilarating working with Zaha Hadid Architects and huge a learning curve working in Russia."

Our new book features the Tokachi Millennium Forest in Japan. This sounds culturally and botanically a very Japanese project. Why do you think you were chosen?

"The owner of the Tokachi Newspaper Group, whose idea it was to create the Millennium Forest, knew instinctively that he needed a designer that was going to respond strongly to the native woodland and surrounding landscape. He had already had the experienced Japanese landscape architect, Fumiaki Takano, working on the master plan, and Takano knew of my work." 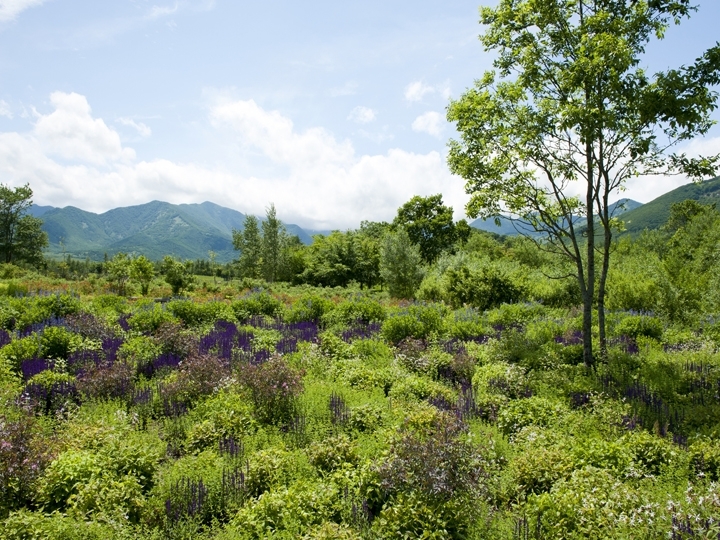 Garden designers are rarely paid to maintain the gardens they create. Is there one great work of yours that you wish you could renovate?

"I have been lucky in that the majority of my clients with significant commissions do keep me on to make annual, or more frequent, site visits to check on the progress and guide the development of their gardens.

The one special garden that I have sadly lost contact with is the romantic ruined garden I created at Torrecchia, near Rome, for Carlo Caracciolo and Violante Visconti, both of whom have now died.

However, the thing that makes gardens magical is the very fact of their ephemerality. They only exist for a specific period in time and it is one’s immediate experience of them, and the memories of that experience, that make them special. So I am always happy to move forwards, rather than look to recreate something that is past."

What sort of plants do you find hardest maintain? What was the last plant you killed?

"Houseplants. I find them depressing, rather like caged zoo animals and find that I have little interest in keeping them alive.

I am not sure that I have actively killed anything recently. However, I do have a ‘corner of shame’ where a number of plants languish, due to the fact that I haven’t been able to find a suitable location in which to plant them, or they are gifts that I don’t know quite what to do with. These plants often dwindle through lack of attention and end up on the compost."

You can also find out more about Dan's garden and many others in our beautiful new book The Gardener's Garden which you can read more about here.