Frieze VIPs! Keren Cytter is out to spoil your day

The Israeli-born, New York-based artist Keren Cytter won’t be attending VIP day at Frieze London today, yet her presence will most certainly be felt. Cytter contributed to Frieze Sounds, a set of aural works that will be played in the VIP cars which ferry the fair’s most prized attendants to and from the show.

However, when we spoke to her, Cytter told us she suspects that passengers subjected to her work, a 20 minute hypnotic tone and spoken-word piece called Constant State of Grace, won’t necessarily delight in the piece.

“Constant State of Grace is a 20 minute piece that’s supposed to induce hypnosis," she said of the work, which debuted at Frieze New York, earlier this year. "It uses binaural tones, which key into your brain waves, and pink noise. There is also a male and female voice, speaking in what are supposed to be relaxing voices. Two actor friends of mine speak these. I recorded the female voice first then I asked the male to mimic the female. 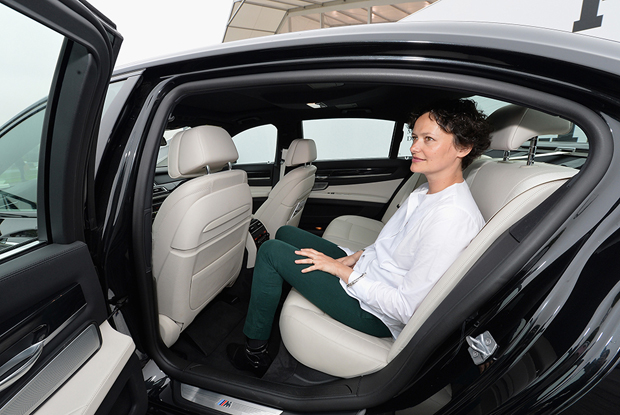 "I’m not really interested in hypnosis, though I was hypnotised once when I was younger. I really just looked into it for this project. I am not going to Frieze myself; it’s not really my thing and I’ve never travelled in these VIP cars. However, I think whoever’s going in them is going to suffer. They’re probably just going there to buy art, and aren’t interested in engaging with a sound installation. They will suffer, but they will have an experience."

You can listen to Cytter's piece here; find out more about Frieze Sounds here; and read more about Keren Cytter in our superlative book Younger Than Jesus which profiles 300 of what were the world's most up and coming artists when they were below the age of 33. And keep your eyes on Phaidon's twitter from 1pm UK time as we'll be tweeting from the fair. And look out for our special Frieze related page in the store which goes live later today.