Even in today's near-cashless society, regular travellers still accrue foreign banknotes, some so low in value they're barely worth taking to the Bureau de Change. The French photographer and artist Philippe Pétremant has put his collection to good use in this irreverent collage-cum-portraiture series, currently on show at the Festival Circulation(s) in Parc de Bagatelle, Paris.

Pétremant dubs his series The Magnificent Seven. As he explained when originally showing the works at Lyon's Galerie La Réverbère, he considered naming the series after the days of the week, or the seven deadly sins, but felt that this, slightly haughtier title was "the comparison that suits them best." 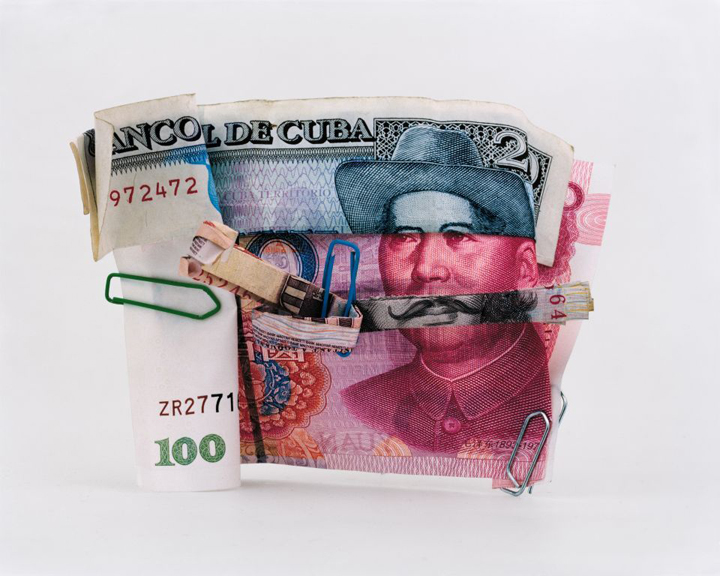 Pétremant, who studied at the  École des Beaux Arts of Saint-Etienne and has exhibited at Paris Photo, explains: "the banknotes were photographed close-up, and assembled fold-by-fold, whereby graphic motifs used to deter counterfeiting disappear, making way for a delicate web of subtle overlays... ...where authority figures intertwine incestuously." 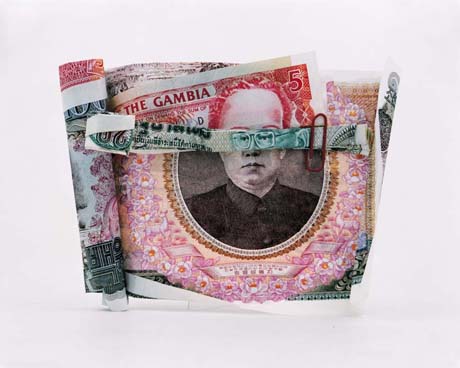 We can certainly see what he's getting at. We were particularly taken with HRH Queen Elizabeth II wearing the hat of Polish born Soviet military officer Karol Świerczewski and the collar of - we think - the collar of Abdullah bin Abdulaziz Al Saud - as well as George Washington overlaid with distinctly Arabian eyes. 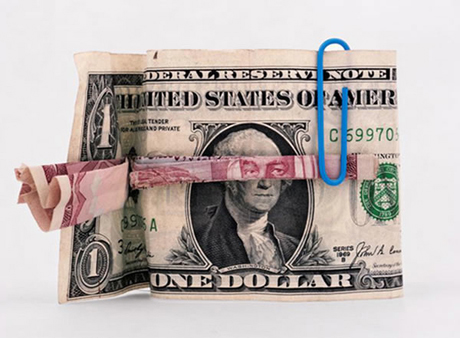 The full set can be viewed at the festival in Parc de Bagatelle until March 31. For more on the story, go here, and for more on other photographic innovators, consider our Vitamin Ph book, the definitive book on contemporary photography, featuring 121 international artists.