Great logos have been used to many different ends through the ages - both good and bad, as our Iron Fists book reveals - but we don’t think we’ve ever come across one used as a bike rack before. Such is the fate to befall Paul Rand’s C logo which he created for the city of Columbus Indiana Visitors Center back in 1973.

The city council is using it as part of its C Bike Rack Program, a niftily executed idea to deter bike theft in the city (and reference an important part of its aesthetic history). After leafing again through our book by Steven Heller with an introduction by fellow maverick genius George Lois on Rand we don’t think the graphic design legend would be too offended that his work was being used in this way. 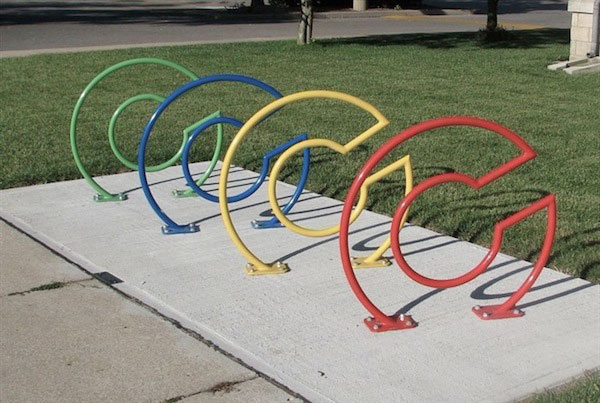 After all, as Alan Fletcher, a student at Yale under Paul Rand in 1957 and a future Phaidon artistic director and author, said: Rand had an intuitive sense for the art of placement – whether juxtaposing a photograph with a word in type, relating a fragment of torn paper to a linear illustration or arranging a logo on a letterhead. One can’t be taught such things; one can only hope to learn them.” 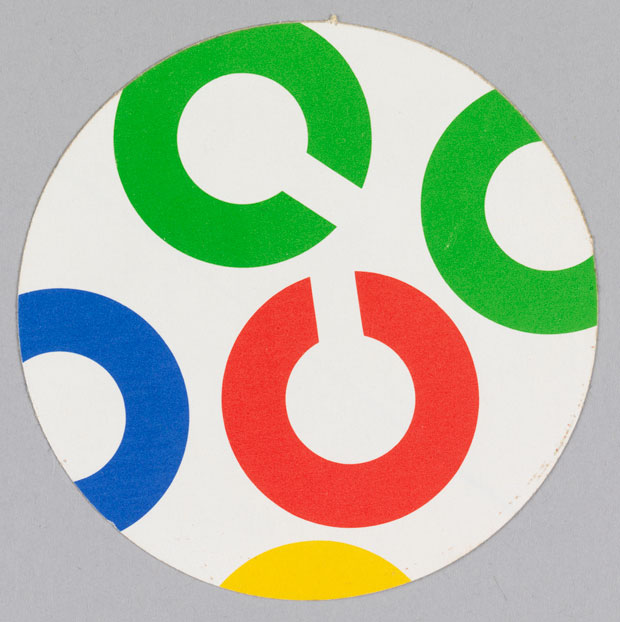 Furthermore, Rand was a particularly humanist designer with a real sense of physicality in his modernist aesthetic. As the book points out, while Rand’s practice was motivated by the aesthetics of art, by 1956 his career took a sharp turn from art-based graphics for advertisements, magazine covers and book jackets to the more circumscribed realm of corporate communications.” The C logo for the Indiana Visitors Center was a case in point and the fact that it’s been rolled out across the city in such a way, we think, would have put a smile on his face. Check out the book in our online store here and read more Paul Rand stories here.