There can be few new cities of greater contrast than Brasilia and Singapore. The former is a high-minded, left-wing government seat, with landmark buildings designed by the architectural titan and former Brazilian Communist Party president Oscar Niemeyer; the latter is a free-market mega-port, light on democracy, but heavy on shopping malls and casinos.

So, it shouldn't come as any surprise that many within Brazil's architectural community were shocked by the appointment of Jurong, Singapore's leading urban planning firm, to overhaul their UNESCO-protected capital. 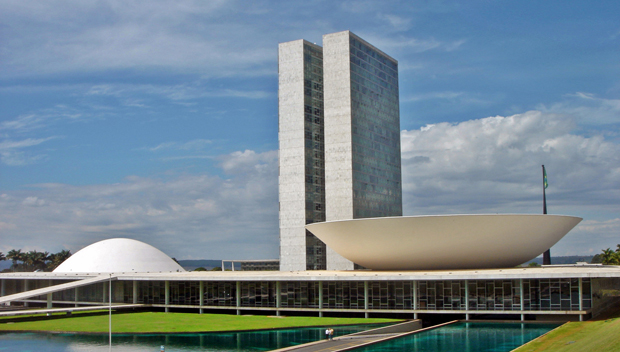 Earlier this week, protesters wearing Oscar Niemeyer and fellow Brasilia designer Lúcio Costa masks, interrrupted the 50th Annual Institute of Architects of Brazil Awards in Rio De Janeiro. Chanting “Niemeyer yes! Brasilia by Singapore no!” they sought to draw attention to what they see as the unacceptable lack of public consultation or competition, the absence of local involvement, the length of contract – 50 years – and the blasé handling of their beloved city. 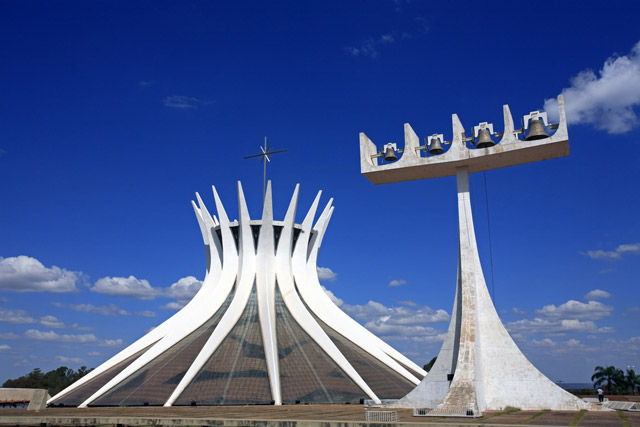 The Cathedral of Brasilia by Oscar Niemeyer

Few would deny that Brasilia, with its wide boulevards and geometric planning, misses out on an essential human element, present in older, less thoroughly thought-out cities, from Tokyo to Timbuktu. Yet, Jarong is a spin-off from a quasi-governmental organisation, better-known for building Chinese golf clubs, and its role in introducing this elusive element into the 20th century masterpiece was always going to be hotly contested.

For more on the story, read Arch Daily's article. To learn more about Oscar Niemeyer's thinking and achievements, take a look at his memoir, The Curves of Time, which we proudly publish.