Finland has such a strong design heritage that it would be rude not to draw on it even for contemporary creations. That’s how Jesper Bange felt when he rebranded the Helsinki Design Museum recently.

As art director and graphic designer at Helsinki design studio, Bond, “I felt the [museum's] old design was a little out of date," he says. "I also felt the museum needed a clearly distinguishable design language - previously, all the exhibitions had their own identities and the museum's was ...lost behind these.”

His solution was to look back and suck up some inspiration from the country’s classic modernist designs, such as Alvar Aalto’s oh-so simple round, three-legged Stool 60 from the 1930s. 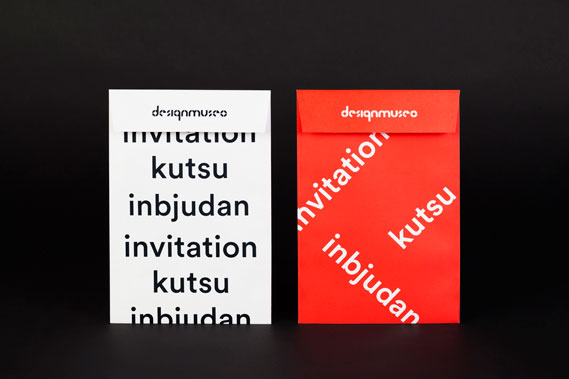 To create a 21st century marque worthy of the esteemed institution, Bange created rounded, geometric letter forms and sliced them up, so that the modules can be combined to create new letters or patterns.

Most of the visual communication will be in black and white, with red acting occasionally as an accent colour. “We wanted to keep it as basic [as possible]. We tested the identity with several different kinds of colours, but together with the Design Museum, decided to go with this strong set,” adds Bange, who has worked for brands such as Diesel, Finnish tableware company Iittala, and Helsinki’s Kiasma museum of contemporary art. 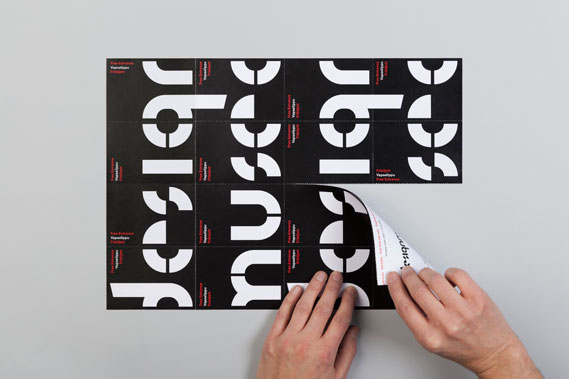 And to complement the adaptable logo, Bond has adopted the typeface Circular by cult Swiss designer Laurenz Brunner (read our recent interview with him here), which Bond describes as “very fresh and current”.

The new visual identity already bedecks exhibition posters, stationery and the website, and as part of a three-year roll-out, it will eventually appear on signage and way-finding. We think that Aalto would have approved. For greater insight into this architect's life and work, pre-order our great new book, Alvar Aalto, here.